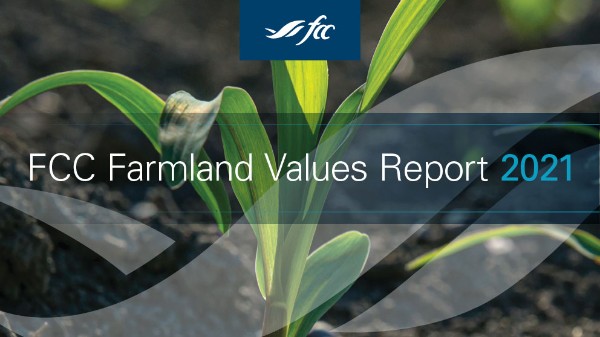 The report, which describes changes in Canada’s farmland values from Jan.1 to Dec. 31, 2021, covers an entire year of disruptions caused by the pandemic, as well as drought that reduced yields across much of the prairies.

“The low interest rate environment and favourable commodity prices seem to have offset some of the many challenges that could have been expected to restrain the demand for farmland and the price producers are willing to pay for land,” said J.P. Gervais, FCC’s chief economist. “It’s a testament to the resilience and business confidence of farm operators who are largely driving this strong Canadian farmland market.”

The largest increases were recorded in Ontario and British Columbia (22.2 and 18.1 per cent, respectively), followed by Prince Edward Island (15.2 per cent), Nova Scotia (12.3 per cent) and Quebec (10 per cent).

There was an insufficient number of publicly reported sales in Newfoundland and Labrador to fully assess farmland values in that province. That was also the case in Yukon, Northwest Territories and Nunavut.

Ontario reported the sharpest overall increase, more than quadrupling its 2020 average farmland value increase of 4.7 per cent, while B.C. more than doubled its average increase form the previous year. With a much smaller farmland market, PEI’s average increase was more pronounced from one year to the next.

Land markets in Prairie provinces were somewhat tempered by adverse growing conditions, while farmland values in several regions of B.C. were bolstered by limited supplies of available land and proximity to urban areas.

“Sharp increases are often a result of local market conditions coupled with relatively favourable economic conditions,” Gervais said. “For areas that reported significant increases, strong demand for a limited supply of land played a key role in bumping up values.”

Producers in many regions were buying or selling land to gain operational efficiencies and to support family farm succession plans, which contributed to a strong farmland market in Canada.

Relatively good growing conditions in Quebec, Nova Scotia and New Brunswick contributed to the farmland value increases in those provinces.

Gervais reminds producers to have and maintain a risk management plan that takes into account possible economic changes, ensuring their budgets have room to flex if commodity prices, yields or interest rates shift. They also need to exercise caution, especially in regions where the growth rate of farmland values exceeded that of farm income in recent years.

FCC is Canada’s leading agriculture and food lender, with a healthy loan portfolio of more than $44 billion. Our employees are dedicated to the future of Canadian agriculture and food. We provide flexible, competitively priced financing, AgExpert management software, information and knowledge specifically designed for the agriculture and food industry. As a self-sustaining Crown corporation, we provide an appropriate return to our shareholder, and reinvest our profits back into the industry and communities we serve. For more information, visit fcc.ca.