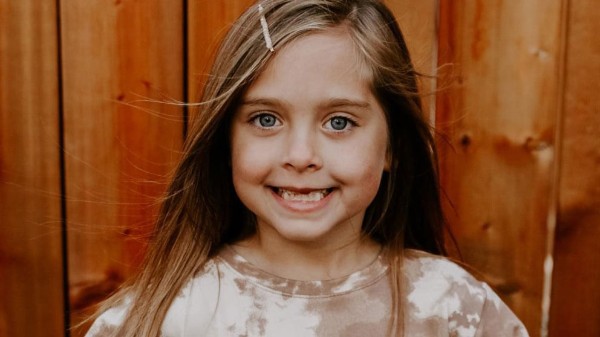 “The subject of agriculture got brought up in class and I got sad and mad because I realized that a lot of people don’t know where their food comes from or how agriculture works,” says Mady Adamson, a nine-year old from Kindersley, Sask. So she enlisted her mom to help her with a solution that has since taken her from an ordinary elementary school student to a bit of a viral sensation.

With their fifth-generation family grain farm as the backdrop and mom Lexie Adamson recording, Mady started making 30 to 90 second educational videos. Lexie posted them on her Twitter page and they really took off.

The videos have generated a lot of buzz within Saskatchewan and are being retweeted by prominent people in the ag community including farmers and Saskatchewan Premier Scott Moe.

“My favourite part about doing these videos is when people leave a comment and let me know that they’ve learned something about agriculture,” says Mady.

“The beautiful thing about having a nine-year-old explain a farming operation to you is how simple to understand it is,” Lexie says. “Mady’s videos break down complex topics, such as an air seeder, into easy-to-understand explanations. There are no opinions, just facts.”

Lexie describes Mady as a sponge, always soaking up information without anyone realizing it. She also says that Mady likes to keep busy, always finding something new to learn about. “Mady’s a really bright kid. She’s a strong student and has an amazing memory.”

So where did this passion come from? “I love it because my family is in the industry and I want to learn the ins and outs,” shares Mady.

Their family farm, Jadoway Farms Ltd., is an FCC customer in Harris, SK. It began as a cattle, feedlot and grain operation, but has since transitioned to strictly grain.

Lexie runs Jadoway Farms with her brother, under the guidance and expertise of their semi-retired father. Like Lexie, her two children have grown up in agriculture, learning all about the farm and living the lifestyle that comes with it. Her daughter’s passion became apparent when Mady told her mom she wanted to start making videos to teach people about agriculture.

Growing up in the family business

Lexie grew up knowing she wanted to be in agriculture. “My parents say that from the day I was born, I was going to be farmer. I take a lot of pride in being a farmer.”

That passion was nurtured by her involvement in the family farm from an early age. Working alongside her aunts, uncles and cousins, Lexie says that she was always included in the farm in a positive way.

She learned early on that farming was more than a job, it was a lifestyle full of challenging opportunities. She learned to run every piece of equipment and came to understand the business so that she would be included in the decision-making process from a young age. She says that she was never sheltered from the hard days, because that’s where the lessons were learned.

After high school, Lexie attended Lakeland College to study Agriculture before returning to her hometown to work off the farm for a few years. It wasn’t until five years ago that Lexie quit her off-farm job to pursue the family business full time.

“I think farming is such a rewarding career because what you’re doing is so important and it’s different every day, but it doesn’t come without challenges.”

As any farmer knows, there are no guarantees within the industry. You’re at the mercy of Mother Nature, the market is your boss and you’re not always rewarded for all the hard work you put in.

On the other hand, “In the ag industry, the things that you are the proudest of can also be the hardest things,” says Lexie.

When asked what advice she would give to someone who’s considering the transfer of their operation to the next generation, Lexie had four pieces of advice:

What’s next for Mady

With an incredible role model in her mother, Mady says she has two goals: first, to teach people about where their food comes from; second, to educate people about the business of running a grain farm.

She wants people to know that there’s more to ag than seeding, scouting and harvesting. “I want to follow the farm throughout the farming year.”

What happens when the year is over? “If I want to keep going I will, but if I feel like I’ve reached my goal, I’ll stop.” It’s as simple as that, but with opportunities knocking at Mady’s door, the 2021 farming season likely won’t be the last we see of her. “I’m planning to teach agriculture,” she adds.

All it takes is one well-tended seed for something to grow. Mady Adamson is planting the seed and hoping to change the way children learn about agriculture in the classroom.

To watch some of Mady’s videos, check out her YouTube channel.