Sausage making: a relatively new twist on an old craft 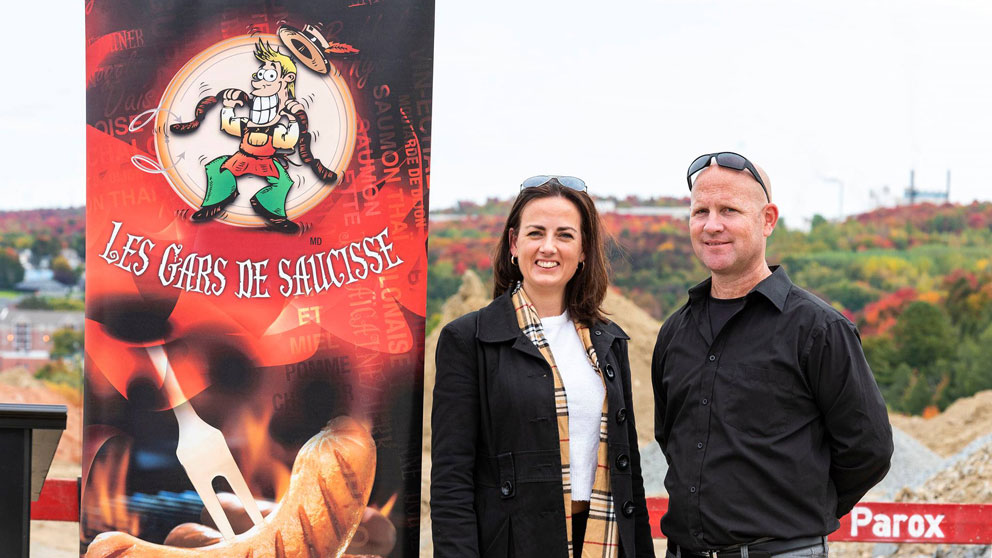 Some sausage makers are adding a new twist to their craft by abandoning the preservatives.

Twisting a long tube of meat, vegetables and spices to make individual sausages is still fundamental to the art of sausage-making, but many processors of this traditional food are now abandoning the preservatives for more healthy alternatives.

“Salt and preservatives in sausages are not an obligation,” says Bryce Patriquin, co-owner of The Sausage Guys (Les Gars de Saucisse) (in French only), in Richmond, in the Eastern Townships, in Quebec.

“Our sausages are frozen as soon as they are made, so we don't have to stuff them with preservatives,” Patriquin says. “No need to boil, pierce or thaw them before cooking. Place them directly on the grill, in the pan or in the oven on parchment paper.”

While the Sausage Guys have perfected tasty convenience without sacrificing nutrition, when sausage was invented 4,000 or 5,000 years ago, the preservatives were necessary. Back then using preservatives allowed the meat to be easily transported, which made good economic sense for butchers and also made it convenient for consumers.

Patriquin has always worked in the sausage industry. He learned everything he knows about the art of making sausages from his Austrian-born grandfather. In 2002, he opened a butcher's shop with his wife, Roxanne Labonté, the other "guy" behind the sausages, and the one who takes care of the finances.

Along with skipping the preservatives, all of The Sausage Guys products are gluten and nitrite free and have less salt and fat, adding to the appeal of health-conscious consumers who may not have previously considered sausage for their shopping lists. “We only use quality products and no preservatives,” says Patriquin. “You can taste quality, that's what our customers tell us.” The “Guys” also produce two vegan sausages made from vegetables, quinoa and legumes, which taste good without trying to imitate meat.

According to Agriculture and Agri-Food Canada (AAFC), a growing number of Americans, especially the elderly, are turning to healthier sausage options including chicken and turkey sausages as poultry does not contain trans-fat. Also, more and more consumers are demanding organic hot dogs and sausages or products that are low in fat or sugar and even products containing meat alternatives (vegetarian and vegan).

Beef and pork are always sought-after meats by sausage lovers and The Sausage Guys have just added two new beef-based sausages in collaboration with Bœuf Québec (in French only).

The pandemic has opened up opportunities for Canadian sausage makers with new demand for local, convenient and healthy foods. The BBQ craze has also increased since the start of the pandemic.

“Everyone loves sausages, even children. Our sales have increased by five times since 2015, we have the wind in our sails,” says Patriquin.

The Sausage Guys have global food safety and gluten-free certifications that will soon allow them to export their products. The Quebec company chose Windsor for the construction of a new plant. The project, which represents an investment of $3.8 million, will increase its current production capacity by 10 times, while hiring four new employees and preserving its factory and sales outlet located in Richmond. The new plant will be in operation by spring 2022.

Everything has an end; only a sausage has two ends, say the Germans. “It means that everything will come to end, but the sausage never will,” says Patriquin with passion. “Long live the sausages!”