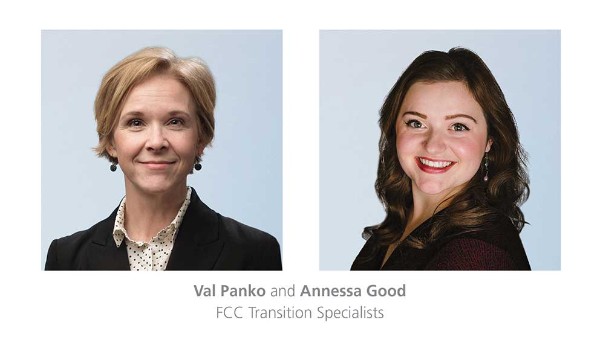 When transitioning families are contending with both farming and non-farming children, some financial advisers say smaller financial gifts given earlier in life can alleviate some concerns.

The concept has been called transformational wealth, and it’s designed to support non‑farming children in a way that makes sense for them.

Smaller amounts with a larger impact

“It’s trying to not stress over the mathematical distribution of wealth, but rather how children define success for themselves and how parents can contribute,” says Annessa Good, an Alberta-based transition specialist with FCC.

The term transformational wealth, Good says, was coined by her father Merle – a farmer as well as a succession specialist. The idea involves giving some form of inheritance to non-farming children earlier in life when it can have a more beneficial impact. That is, helping pay a mortgage, school debt or contributing to an investment when it really matters.

Children that get involved with the farm might receive more in the long run, but the intended impact is the same.

Duane Thompson, a mixed crop farmer and cattle rancher from Saskatchewan, found the idea useful for his family. Thompson says they strive for fair treatment, but have to be open and communicate with all family members how an equal division of wealth would be detrimental to the farm business.

"They are all welcome to come back... but need to know there’s equal, fair and equitable. Equitable is what’s going to work to ensure the business continues,” Thompson says, adding non-farming children will have to work just as hard.

Communicating the difference between equal, fair and equitable with both farming and non-farming kids in an important step in the farm transition process. Tweet this

“Don’t spend a lot of time worrying about how you’re going to handle your non-farming children. Start early so you can make a plan,” he says.

Another way to ensure non-farming children don’t feel left out is to establish what Good calls a control mortgage. This means setting a time limit during which the farming child can’t flip land or other predetermined assets without giving the non-farming sibling a share of the sale.

“Sometimes smart business decisions come up, but it’s essentially saying, 'if you do break the deal, a portion of the proceeds will go to off-farm family,'” she says.

In cases where both farm and non-farm children receive land, guarantees can also be set so one can reliably rent the other’s land for a set period, and at a reasonable rate.

Val Panko, an FCC transition specialist based in Saskatchewan, says a straightforward cash gift might not be feasible – or even the preferred choice – for some families, particularly those working with fewer assets.

Developing a plan to give a small portion of sales income (made by the parent when they sell the farm to the farming child) could be another way to achieve the same thing. Setting up a rental structure where part of the rental income goes to the non-farming child in some way is another option.

Overall, Panko says these are just different examples of how families can address inequality in transition. The transformational wealth concept is not foolproof, but certainly something to consider.

“It’s almost as important that people know about it. It comes down to communicating you’re intentionally doing this because you are aware of the inequality and want to address it,” Panko says.

Thompson agrees, and reiterates transition planning is “the most important process” he will ever be involved in.

“If people don’t know what’s happening the chances of people being happy with that are slim. In 25 years, we still all want to have Christmas and love each other. How they get through disagreements is important.”

Ensuring farming and non-farming children are treated fairly during transition is a challenge, but experts agree there are several options available, such as transformational wealth, control mortgage or land rental agreements. Experts say as farmers explore options, communication among all involved is key.