How splitting the farm can bring clarity to transition 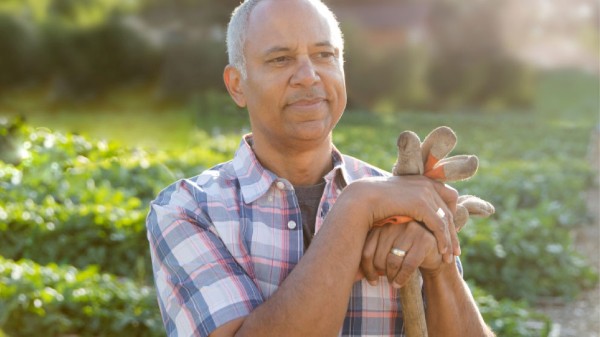 The following is a fictional case study created by MNP. It is recommended you discuss your options with a qualified advisor.

Darlene and Ian started transition planning when they turned 50. At the time, their two children, Glen and Amy, were in university and had no idea if they would return to the farm. Ten years later, both children committed to returning full time. They had both been active on the farm as youngsters but had been encouraged to take time away after graduation to explore work and have other experiences before deciding on farming.

Now in their late 20s, Glen and Amy have been more involved in the family business for the past five years. They were doing well, and with oversight from their parents, had settled into a division of tasks and responsibilities. But Dad and Mom still ran the show, and the kids wanted more ownership and autonomy.

Like many sibling relationships, Glen and Amy had each other’s backs, but got into some heated arguments. It wasn’t always optimal to be working shoulder to shoulder. It was better if they had separate tasks, and if they needed help, they could ask for it. The relationship between Amy and her dad differed to how Glen and Ian interacted. Amy quickly deferred to Dad’s opinion, where Glen often challenged him and wanted to go his own way.

Amy’s personality was to get up and get at it. She liked the daily challenges, solving problems and getting things done. She was also very good with employees and kept the team on track. Glen was more analytical and tended to spend more time on budgets, marketing and planning. They had complementary skills, but they came at things from different perspectives.

Darlene and Ian were pleased that both children showed work ethic, management skills and commitment to the farm, but worried about the long-term realities of the two kids working together. With Glen planning to marry his long-time girlfriend in the coming year, new dynamics and relationships would be at play.

They shared these concerns with their transition specialist and got to work updating the transition plan. Darlene and Ian planned to fully step away from the farm in five years, at age 65. They had previously incorporated the farm and put all land into the company, and the company owned any new land.

Dividing up the farm

A common way to transition farm businesses to the next generation is dividing the existing farming company into two or more separate companies, each headed by one of the incoming children. This is sometimes called a butterfly split.

As Glen and Amy’s involvement in the farm increased, and divisions of tasks, abilities, work styles and personal preferences were identified, Ian and Darlene decided to split the farm into two separate corporations – a crop side and livestock side. The original farm company was the owner of all the farmland.

A portion of the assets of the original farming company would be transferred to Glen’s new company, and some or all the remaining assets to Amy’s company (both being considered family by CRA).

The two children would eventually have full ownership of their respective farm companies, but Ian and Darlene would need to retain control of both companies for two to three years before they could gift common share ownership and control to Glen and Amy.

The transfer of shares over time would help fund the parents’ retirement and the children’s intention with the farm must be clear for a butterfly split to work.

Butterfly splits can be complicated but pulling assets out of the company to individuals is not practical from a tax perspective – and the corporation must be divided between family members – so it’s a good option to consider. Doing so can offer a simple and flexible plan for the next generation, who can continue to farm together indefinitely through a joint venture arrangement if they so choose. Should they desire to go separate ways at some point, the two-company structure makes the split relatively straightforward.

One thing they had to consider was Bill C-208 which was introduced in mid-2021. The bill allows for greater flexibility for intergenerational transfers of family-owned small businesses, including family farms, but the impacts of the bill are complex.

Overall, it provides a greater degree of flexibility in farm transition for some families – particularly those with more than one child involved in taking over the family farm.

Points to watch out for:

This was a fictional case study. It is recommended you discuss your options with a qualified advisor.

Should my farming child join my company or start their own?

Should my farming child join my company or start their own? Three experts answer this question from unique perspectives some you may not have thought of – plus tips to help you start thinking transition today.