When farm kids learn and earn 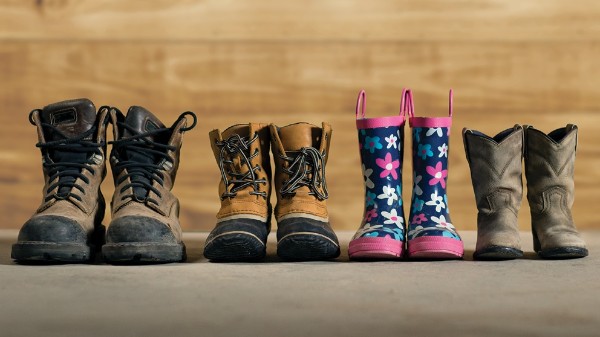 Ben and Laurie are big believers in running their beef and cash crop farm like a business. But it’s also a true family farm with parents and kids working together. Their three children all play a significant role in the day-to-day operations. Emma is 16, Clair is 14 and Andy is 12. All three participate in different 4-H clubs, perform daily chores and help out as required during busy spring and fall periods.

For Ben and Laurie, presenting a positive attitude and highlighting the opportunities the farm offers are very important. Ben had grown up providing “sweat equity” on the family farm and had always envied his high school friends who had spending money from part-time jobs in town. Without any compensation from his parents, time in the barn was not a positive experience. He vowed his children would never feel that way, so he and Laurie always made sure Emma, Clair and Andy were paid for their time.

As the compensation became more significant, Ben and Laurie wanted to make sure they were handling things properly from a tax perspective. They knew there were tax benefits to paying the kids for their labour and they wanted to formalize the process rather than just paying with cash on hand. The first step was to create a payroll plan and set it up in the farm’s accounting software. Knowing that Canada Revenue Agency could question compensation to minors, he decided the wage would be appropriate to their ages and skills.

Kids start their own farm enterprises

Emma had been talking all winter about growing and selling sweet corn from the farm this summer. Clair’s experience with the 4-H beef club had her thinking about raising a few steers for freezer beef sales. Not wanting to be left out, Andy was interested in taking over the 15 hens and brown egg business from his mother.

Ben and Laurie were impressed but a little overwhelmed by this flurry of entrepreneurial zeal. They were all in to support the kids and their enterprises, but they had to get organized.

Their first task was to ensure Emma, Clair and Andy had thought through their plans carefully. Had they researched what their expenses would be? Did they have enough money to pay for the expenses that would come up front before the revenues were earned? How would they market their products? And who would look after their additional chores if they were away or wanted to go out with friends?

Once satisfied they were all serious about their chosen ventures, Ben worked with them to find simple cost-of-production spreadsheets online to help them track expenses and revenues. They all got accordion files to hold receipts and records. The family accountant advised that each one should run their business ventures through their own bank account and not through the farm accounts. If they were going to do this, they wanted to do it properly right from the start.

Saving for the future

Ben and Laurie had always encouraged savings, but with three teenagers the cost of smart phone plans, expectations for vehicle access and post-secondary education looming, it was time to set some guidelines. They had a family meeting and agreed that regular farm wages would be put into the kids’ bank accounts with the expectation that they would be responsible in their spending choices.

However, at the end of the year half of the profits from the sweet corn, beef and egg businesses would be invested into something other than their bank accounts. They explained that might be an investment at the bank or back into expanding the business. Andy immediately did some napkin math and figured out he could buy 10 more hens by the end of the year with half the profits from egg sales.

Ben and Laurie had opened a Registered Education Savings Plan (RESP) account for their children when they were young and had put money into it sporadically over the years, but they knew they were not getting the maximum co-funding from government. With Emma finishing grade 10 and planning to go to college in two years, they set up monthly contributions to ensure RESPs got topped up for Clair and Andy.

Their accountant advised that, depending on what the children's income was per year, they may not have any taxes owing and therefore no obligation to file a tax return. He suggested Emma might consider filing to be eligible for certain tax credits and to start building her own RRSP allowances.

Ben and Laurie felt good about the learning opportunities their plan held for their family. They knew there would be challenges with the enterprises, but that’s part of the education. When Clair found a free timesheet app they could use to track hours and wages, Mom and Dad realized they were learning too.