Turning one farm into two 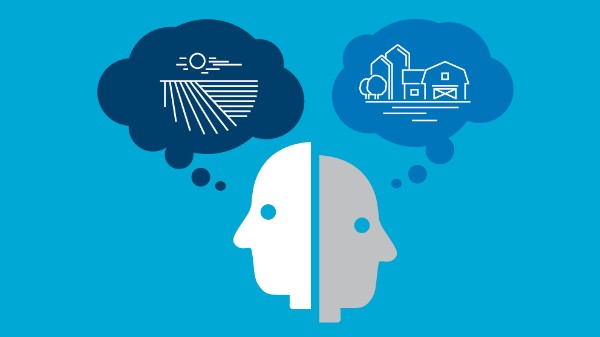 The following fictional case study was created by BDO Canada.

Working together, brothers Derek and Darryl had built a successful, diversified operation with 150 dairy cows and about 2,500 acres of corn, soybeans, wheat and forages in eastern Ontario. Both in their early 50s, they know it’s time to structure the operation so their respective families can continue farming. Each brother has one child involved in the farm.

They decided to have one meeting a month and hope to build a solid plan within a year. At the first meeting, Derek’s daughter Kerry shared that she was comfortable at the current scale and not motivated to keep expanding. Her husband Art is supportive of the farm, but has his own career off the farm and enjoys cottage life, travel and other interests. Darryl’s son Paul is all about growth and continuing to expand. His wife Jenny works full time on the farm and is fully committed to growing the operation.

One farm or two?

The families had never had this discussion before, and both were surprised by the other perspectives. It was obvious that dividing the farm was the right approach, even though they would be forgoing favourable tax rules for transferring farm assets to the next generation. Transferring assets between siblings or to nephews must be done using fair market values. Their accountant was supportive, saying there would be no benefit to creating a transition plan just to minimize taxes if it took them to a place they didn’t want to go.

The decisions didn’t get easier. To this point, Kerry and Paul had been equally involved in both the dairy and grain operations, but Kerry was more of a cow person and participated in decisions regarding herd genetics and barn upgrades. Paul saw his future on the grain side. They all agreed to work toward creating a dairy operation for Kerry and a grain operation for Paul.

The equipment was all owned in Derek and Darryl’s corporation. Kerry and Paul discussed owning equipment together, but decided a better approach would be for each of them to own their own equipment, providing custom work to each other if needed.  Again, despite some tax benefits to leaving it all in the existing corporation, everyone agreed that a clean split would be preferable. So, using their insurance policies as a starting point, they compiled a list of all equipment, agreed on the values of each piece and chose who would get each one.

It took three monthly meetings to get to this point – now it was time to talk about the land. Some of the land was held by the corporation Derek and Darryl created, but some farms were owned by each of the brothers individually. Both the dairy operation and grain storage facilities had been built on the original home farm. It took a lot of back-and-forth, but the eventual decision was that the home farm would be the dairy base. Paul could use the existing grain storage facilities and would build new drying and storage capacity at another farm, accommodating his long-term vision of creating a commercial grain elevator enterprise.

The farms closest to the dairy barn were mostly tiled, more productive and worth more on the open market. This created a sticking point. Paul felt the value of the land and dairy quota skewed the arrangement in Kerry’s favour. Kerry argued that she needed enough land base close to the barn to manage manure and grow enough feed. Eventually Derek and Darryl proposed that Kerry would get less land than she had negotiated for, but Paul would be required to make a commitment to keep some of his acres in forage production that Kerry could buy to help meet her feed requirements.

Who gets the farmhouse?

This didn’t sit well with Kerry and Art, and they cancelled the next monthly meeting because emotions were running high. When they came back to the table, they were ready to accept the proposed allocation but had a significant request: to live in the original farmhouse on the dairy farm, even though Derek and Darryl had stated from the outset they wanted to stay in their respective houses for at least the next 10 years. Darryl’s wife had just completed a major renovation on the house on the dairy farm and dug in her heels.

Kerry and Art had two small children and they argued it just didn’t make sense for them to have to drive or walk any distance to get to the barn. They were adamant on this point, and felt they had made concessions on the land allocation proposal.

Two months went by with no further discussion, but eventually Darryl and his wife compromised. They would stay in the farmhouse for two years while they built a new house on an adjacent farm.

It took well over a year to finalize a plan that created a separate corporation for Derek and Darryl, which they in turn transferred part ownership of to their respective children. A timeline was established that enabled the uncles to slowly transition out of the operation. Some of the tax issues that arose from transferring assets between Derek and Darryl were mitigated by the use of replacement property rules and utilizing their available capital gains exemptions.

Not easy, not fast and no one gets everything they want, but the end goal of creating two viable operations was achieved.

When a farm transition doesn't go to plan

The following fictional case study, created by BDO Canada, illustrates how the absence of a farm transition plan can throw a family into turmoil when the unexpected happens.