Start a farm from scratch? Difficult but possible 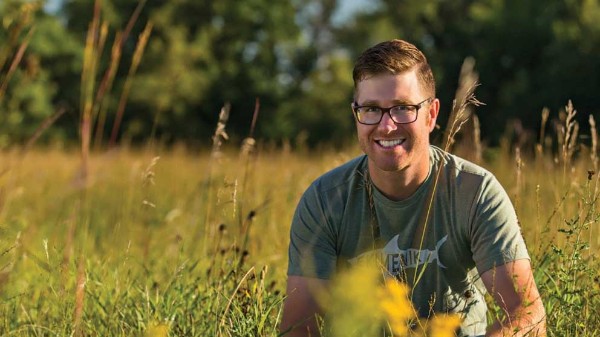 Young people wanting to start a farm – particularly today, with farms getting so big – have many questions about entering the business. But one of the biggest questions is also one of the most fundamental: where do I start? The situation is exacerbated appreciably if the budding young producers are not from a farm, facing the prospect of finding their first piece of land to work.

Scott Beaton faced that kind of dilemma when he was starting out some eight years ago. He grew up outside the town of Rosser, about 20 kilometres west of Winnipeg, with farmland all around him and a desire to get into some aspect of agriculture. That led him to the University of Manitoba to get his agriculture degree. However, he didn’t actually think about becoming a farmer at the time.

What got his foot in the door?

An opportunity arose when an 80-acre parcel became available just outside his hometown. Scott knew it would not provide a living on its own. But neither did it need to. At the time of purchase, he was working for the Farm Stewardship Association of Manitoba, co-ordinating the Environmental Farm Plan program. It was a good job, but with a limited future, given it was a three-year contract. Still, the salary he earned meant he had other ways and means to make ends meet.

And besides, the size of the parcel wasn’t what counted. Rather, it was its productivity, and the chance to get a foot in the door, to own land across the road from where, ironically, his grandfather had farmed 30 years before.

How do you start? In Scott’s case, you start small and with help from friends.

And at the age of 25, it would give him the chance to hone his skills and learn about markets and management.

So, he got started. He laid down his money, took possession of the land and proceeded to farm it. A supportive neighbour he’d helped since he was a teen offered to lend him equipment, as a way of saying thanks.

That was Scott’s answer to the question how do you start – in his case, you start small and with help from friends.

How did he keep going?

Once you’ve taken that step, how do you keep going? How do you grow? How do you stay out of the red? How do you distinguish yourself and stand out from the crowd?

Well, for Scott, it meant diversifying. “I wanted to do things differently than other farmers nearby,” he says.

So he looked around at markets, at niches, and trends … and took the next steps.

First, he decided to go organic, something he’d learned about during his time at the U of M.

“I wanted to work with nature, rather than fighting with it,” he says. “Plus, with fewer inputs, there was less risk and less outlay for crops I may or may not put in a bin.”

For example, he dedicated all but a tenth of his 80 acres to organic hemp. The remainder went to squash. And while he says the neighbours “looked at me funny” when he planted it, the venture turned out well when a baby food company in Portage la Prairie contracted his entire harvest well before seeding.

The next step was to rent another 20 acres that came available, part of the same section his original land is from. It was a hay field; he’s now dedicated the whole thing to organic hemp.

“I knew if I worked 80 acres a year conventionally, I wasn’t going to get anywhere,” he says. Doing all these different things is more work and time, but it has potential to pay well.” He might not realize that potential this year, but maybe in 2017.

The biggest development in his drive towards becoming a full-time farmer came in 2012. That’s when his travels with the conservation agency he works for led him to a gorgeous half-section (with a good amount of forest) near Balmoral, about 30 kilometres from Winnipeg. The landowner Scott worked with suspected he was looking for property, and offered it to him on a rent-to-own basis.

Currently, this parcel has fall rye under-seeded to clover on the north quarter, and a green manure mix of faba beans, oats and clover on the south quarter. As he further drives towards diversification, he’s making this land organic too, and is thinking of experimenting with some small-scale vegetable production there in the longer term.

Scott, now 33, senses a huge appetite among young people to have a farm. But first they have to overcome some obstacles.

“They’re dumbfounded that anyone can actually start a farm even though they didn’t come from one, and with a small piece of land,” he says. “But a lot of established producers have a piece of land like that little hay field I rented. Those small corners are a great opportunity for a young conservation-minded person to give their ideas a try without incurring more risk than they dare.”

How outstanding farmers do things differently

As second-generation winners of the B.C./Yukon Outstanding Young Farmer Award, it’s not what Brian and Jewel Pauls do to be successful, it’s how.