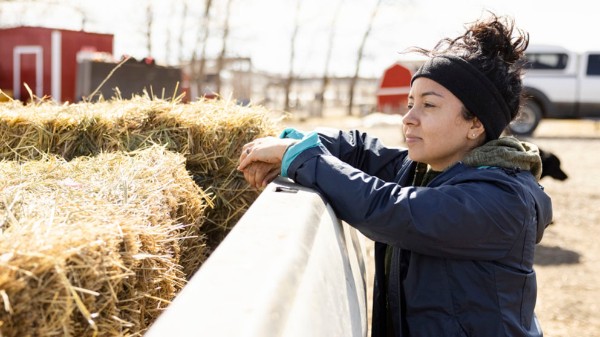 The following fictional case study, the first in a series from  BDO Canada, provides insight into how a rock-solid retirement plan can be tested when family dynamics change. The intent is not to provide a definite correct course of action, but rather to illustrate that the process can be emotional and complex, and highlight tax and planning issues to consider.

Bill and Donna had done it right. They had worked hard and built a successful mid-sized grain operation. But it was apparent early on that taking over the farm was not in the cards for their three children (two daughters and a son). The interest wasn’t there, and the kids had moved away from the farm after university to build their lives.

With the next generation out of the picture, Bill and Donna started thinking about a wind-down plan in their early 50s. Both enjoyed good health and were still enjoying actively farming. The plan was to retire at 60 and live in a small house newly built on a lot severed from one of the properties.

For tax reasons, the farm was set up as a corporation and all the equipment was owned by B&D Farms Inc. When the time came, the plan was to have an auction and disperse the equipment. All owned farmland was held outside the corporation to maximize capital gains exemptions. Bill and Donna planned to sell one property upon retirement to provide a comfortable nest egg. They were in no hurry to sell the rest of the land, and planned to use land rental income to supplement their investment and savings.

A comprehensive will established how the estate would be executed. The land would pass to the three children – who were made aware of the plan – and all were comfortable with the way the plan was laid out. Life was good.

Then their son Brandon and his new wife Amy, at Thanksgiving dinner at the farm, announced they wanted to come back to run the farm and raise a family. There was talk of converting the farm to organic and even starting a bed and breakfast. With their retirement date only a few years away, Bill and Donna felt like the rug had been pulled out from under them. Brandon’s sisters Kate and Diane were not impressed with Brandon’s about-face, and felt Amy’s urban background didn’t provide a realistic perspective on running a farm business. Fireworks ensued.

Brandon’s new-found interest in farming meant major changes to Bill and Donna’s retirement plans. It would also mean significant change for Brandon’s sisters down the road. While they were reluctant to discuss it with Brandon, one of Bill and Donna’s immediate concerns was to make sure the family farmland would not fall into Amy’s hands if she and Brandon’s marriage were to end. The tidy retirement and succession plan were getting messy in a hurry.

Through discussions with their accountant and a lawyer they were able to draft an agreement clearly defining what would happen in the event of death, divorce, insolvency, disability or any other situations that would necessitate another shift in the plan.

Bill and Donna held a family meeting, and it was agreed that Brandon would have the opportunity to slowly integrate into the existing operation. The biggest challenge facing both families was how to make an operation that had supported only one family now support two. Aging equipment would need to be replaced, and there was still the matter of where Brandon and Amy would live. The severance of the lot and construction of the new retirement house would have to happen years sooner than planned.

They decided to sell the home property to Brandon and Amy for a slightly discounted price, considering the Income Tax Act that enables transfer of farm property to the next generation, potentially eliminating tax through the intergenerational provisions and capital gains exemptions. Brandon and Amy sold their house in the city and borrowed from the bank to provide enough money for Bill and Donna to build their retirement home. Bill and Donna took back a 15-year mortgage for the remainder owing on the farm.

In exchange for Brandon and Amy’s labour, Bill and Donna provided the existing equipment for them to use. Bill proposed that custom work could help update the equipment and provide some additional income for Bill and Donna. The organic farm and bed-and-breakfast proposals were put on the back burner until there was some financial stability, and Brandon and Amy learned the ropes.

Bill and Donna were pleased that the operation would have a chance to live on for another generation, but they weren’t willing to completely sacrifice their retirement plans. They also wanted to ensure their plan was flexible enough to accommodate another change of heart by Brandon and his wife. They needed certainty there was a mechanism that would get them out of the new succession plan – before they even got in. It took time, and it involved some difficult discussions, but Bill, Donna, Brandon and Amy, and both sisters agreed it was a necessary exercise to complete before any further problems arose.

Bill and Donna also updated their wills so Brandon would receive the shares of B&D Farms Inc. and their daughters would receive the new house. While each of the three children would receive some of the land, the wills made provisions for Brandon to have a chance to buy it at fair market value from his sisters if he chose.

BDO Canada LLP is a national accounting and advisory firm serving producers from offices across Canada.

From an AgriSuccess article by BDO Canada

Find resources and tools for any stage of the planning process