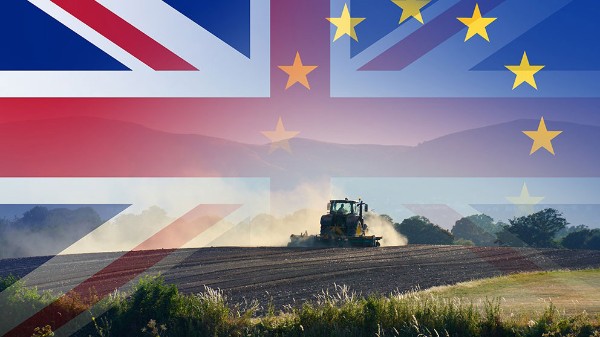 Surely no separation has been as bewildering and fraught with sudden twists and turns as Brexit, the attempt at parting the United Kingdom and European Union.

Not even Boris Johnson’s Brexit deal with the EU could clear things up.

Intended to permit the U.K. an orderly withdrawal from the EU on Oct. 31, the prime minister’s deal drew opposition in the British House of Commons, whose members have managed to muddy Brexit waters further, thus making the consequences of a U.K. withdrawal even less clear.

“All of this is coming at a time when European growth is highly uncertain, with some even projecting the world economy to stumble in 2020,” says Martha Roberts, FCC’s economics editor.

Roberts points out the International Monetary Fund just projected that the global economy  will see its weakest growth since the 2008-09 financial crisis.

Deal or no deal

With the path to a Brexit plan unclear, there’s general agreement that having a deal is better for everyone largely because it provides a level of certainty. But what if the U.K. were to leave the EU without one?

“Because it’s unprecedented, nobody really knows what that’ll mean for the U.K., the EU or the rest of the world,” Roberts says.

She believes consequences for the Canadian agriculture and agri-food sectors would be felt through the indirect economic impacts of a no-deal Brexit.

“If it is a messy Brexit, there will be more exchange rate fluctuations, and all that does is disrupt global supply chains,” Roberts says.

Trade disruptions and recessionary pressures are particularly harmful to export-reliant Canadian producers, who are heavily dependent on a healthy global economy.

“The global economic situation has hit the U.S. ag economy really hard, probably harder than it has hit the Canadian ag economy,” Roberts says. “It certainly hasn’t been easy, and if there’s no let up in these trade tensions, it’s not going to get easier.”

The U.K. is a net food importer, and in a no-deal Brexit scenario, its European food imports could become more expensive overnight, she says.

They may look at other suppliers, but Roberts doesn’t count on a sudden boost in Canadian exports to the United Kingdom.

“Our agri-food products were less than one per cent of their total agri-food imports in 2018, and a lot of that has to do with the fact we are a very long way away from the U.K.,” Roberts explains.

Wheat, dried legumes and prepared fish and caviar accounted for just over half of all Canadian exports to the U.K., she notes.

But Roberts also doesn’t anticipate any sudden drop in our exports there either.

“I would expect the status quo to remain in place, certainly for the foreseeable future,” Roberts says.

A deal or no-deal Brexit is unprecedented, making the impact on the U.K., EU and the rest of the world unknown. Canada’s agriculture and agri-food sectors are likely to see little impact in trade. Wheat, dried legumes and prepared fish and caviar exports – over half of all Canadian exports to the U.K. - are expected to remain status quo.