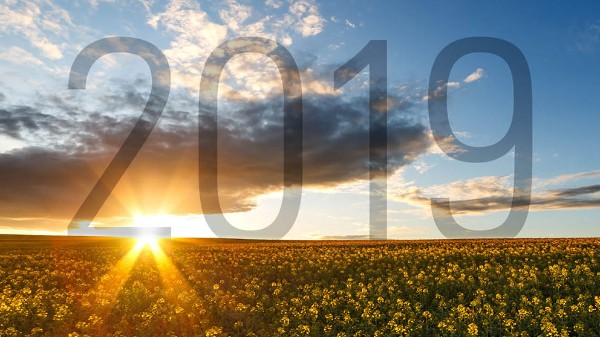 Here’s a breakdown of the most relevant trends in the first six months of 2019, with an eye on the emerging issues to watch for 2020.

A long-awaited revision to Canada’s Food Guide launched in January. This is only one of the drivers behind food consumption patterns; demographic trends, an emphasis on convenience, preferences over specific production methods are other major influences. Demand for plant-based proteins is growing, but economic data also suggests Canadians’ preferences for animal proteins remain strong. Consumer influence in the agri-food supply chain is why food options are becoming more diverse.

February – ASF virus spreads, but has it reached its peak?

In February, African Swine Fever (ASF) was detected in Vietnam. This report was not as significant as the first official one from China in 2018 but triggered gloomy scenarios. China’s hog industry looked at a  possible 25% to 35% decline in 2019 pork supply,  though the most recent USDA report put it at a more conservative 14%.

U.S. hog prices climbed rapidly in April with anticipation of a large gap between demand and available supply in global pork markets, but swiftly came back down for a couple of reasons:

Despite more muted consequences than initially anticipated, the gap between global demand and supply is real. China’s population of breeding sows was down nearly 40% YoY in October, but slightly increased month-to-month. The pace at which China will be able to rebuild its herd will determine the magnitude of the 2020 opportunity for Canadian pork and beef exporters.

The Chinese government halted all new purchases of Canadian canola on March 21. The freeze had an immediate impact as canola prices dropped 5% (or $15 per tonne).  Other export markets need to be developed. Canola exports to Europe climbed 222% in the first nine months of 2019 relative to last year, while domestic crushing has been running at full capacity. However, exports for the 2018-19 marketing year are estimated to be 1.6 million tons lower than the previous year.

Canola receipts were down 12% YoY for the first nine months of the year. A possible rebound in 2020 receipts will depend on the strength of global demand in oilseeds, pricing adjustments resulting from quality issues of the 2019 crop and overall acres devoted to canola in 2020.

Much of the economic discussion in April focused on the reliability of the yield curve as a recession predictor, given it inverted in March in both Canada and the U.S.

The U.S. Federal Reserve waited until July to react. It proceeded with the first cut in its policy rate and subsequent cuts of 25 basis points in September and October. The Bank of Canada has exercised more patience. While it recognizes the challenges and uncertainty created by trade tensions, consumer spending and business investment have proven surprisingly resilient and support economic growth.

Tensions in the global economy may be too strong for the Bank of Canada to continue exercising patience much longer. It will cut its overnight rate at least once in the first six months of next year.

Nothing illustrates the uncertainty in the global economy like the trade war between the U.S. and China.

The U.S. hiked tariffs on US$200-billion worth of Chinese imports in May. China then retaliated with increased tariffs on US$60-billion worth of imports from the U.S. The tariff escalation sent corn and soybeans prices to their lowest point between May 10 and 13. The U.S. administration authorized up to US$14.5 B in compensatory measures to be paid to U.S. farmers affected by the dispute, following payments of US$12 B in 2018.

China started inspecting every pork and beef shipment from Canada, which later turned into an outright ban. Canadian pork and beef exports had climbed steadily since the first official case of ASF reported in August 2018, reaching YoY growth in May 2019 of 144% and 204%, respectively. Canadian beef and pork exports resumed in November as China’s pork imports stand at a record high.

The first six months of 2019 brought significant economic pressures across many agri-food sectors. Next week, I’ll review the second half of the year, summarize the impacts of these economic headwinds and highlight the resilience of Canadian producers, agri-businesses and processors.