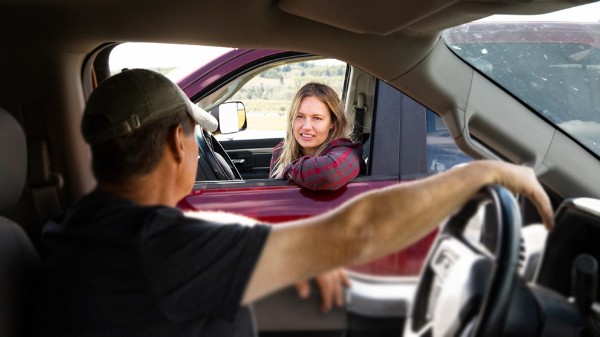 Farm couples often work together to run the business. Some, however, find it preferable to have a few extra degrees of separation between enterprises.

Sally and Mark Bernard raise poultry for eggs and meat while also growing and milling feed grain on their organic farm in Lower Freetown, P.E.I. By in large, there’s a clear divide over who runs which part of the farm operation.

“When asked, we tend to say Mark manages the grains and Sally manages the livestock, which is true, but it's a little more nuanced than that. I suppose that’s the case for all farming couples,” Sally says.

Though part of the same operation, their business’s dual nature can sometimes make managing the home — specifically children — a challenge. This is especially true when busy seasons overlap and what Sally describes as different but complementary personalities.

Separate work problems from home life as much as possible, and like any profession, take a proactive approach to conflict resolution.

“Our complete opposite personalities are the challenge and the success,” she says. “We have very different ideas, moments of frustration - it gives us pause to think, and we end up coming to the best ideas in the end,” listing the different ways they handle and perceive employee performance as an example.

“His idea of what ‘on time’ and ‘breaks’ means is different than my expectations, so ensuring we're on the same page when it comes to evaluations or addressing issues is so important,” she says.

Setting priorities is also critical. This is accomplished via regular morning meetings, where they review what they need to get done that day.

“In those sessions, we force each other to repeat things, just so we’re clear.”

For Élise Pigeon, partnering with her brother on her family’s cash crop farm is just like any other day job. Indeed, she says it’s no different than any working couple.

Her spouse, J.P. Michon, operates a dairy farm with his own family in La Présentation, Que. Living on the dairy farm with J.P. and their children, Élise says one of the biggest challenges is “understanding each other’s reality.”

Since the roles they occupy on their respective farms differ, knowing when the other will be busy and why is not always predictable. Élise also works full-time off the farm.

“When it’s the busy season, we must plan our schedule, which is almost impossible. But when I can’t be at home for dinner, he works with me and won’t hesitate to help. We’re lucky the grandparents are our neighbours, so they’re always ready to help.”

Élise also finds personality differences both challenging and helpful. Different perspectives and experiences mean they can leverage a larger network of contacts and be creative in problem solving.

Most important of all is the ability to stay realistic and maintain a business perspective. That means separating work problems from home life as much as possible, and like any profession, taking a proactive approach to conflict resolution.

“It’s tough, but if you can be honest and rational about the facts, it helps to not let emotions overcome your thoughts,” Élise says. She adds that it also helps to not let farming dominate every home conversation – though, given the passion expressed by J.P. and the kids, that can be a tough sell.

Many farming couples run two complementary farming operations. Finding common ground on challenges such as expectations from shared farm labour and household and family duties can be tough, but communication is key, couples say. Hold morning meetings to map out priorities for the day and plan family schedules. Couples say it’s also important to stay realistic and maintain a business perspective.