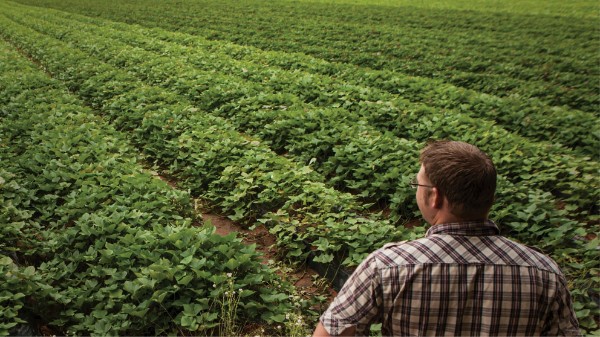 Conflict happens. It’s a guaranteed part of the human experience. Sparks may fly when opinions collide but if a culture of respect, open communication and shared values is fostered on a farm, those differing viewpoints can instead fuel the flames of innovation.

The Keddy family, like most farm families who live and work side-by-side, know this firsthand. On their family farm in Nova Scotia’s lush Annapolis Valley, business matters often come from the farmyard straight to the dinner table.

“When you run a family farm, business flows through all the time,” says Phillip Keddy, who runs the family nursery stock and sweet potato farm alongside his wife Katie and his parents, Charles and Doris.

With farm management and family life all tied up together, navigating instances of conflict can be a daunting task for farm managers. Some try to avoid it altogether: delaying tough discussions, ignoring divisive issues, and holding fast to the status quo at all costs.

For the Keddy family, a culture of open communication and respect has underlined their success as a second-generation business.

“From a young age, it was always fostered in us to make small decisions, knowing that one day, we’d have to make big ones,” Keddy explains. With the encouragement of his parents, when he returned to the family business after his education, he tried something outside the box of their nursery stock business: sweet potatoes. Today, Valley Harvest Sweet Potatoes produces over a million pounds of sweet potatoes – an innovative crop for the Atlantic region and a lucrative shift for the business that might not have happened had the Keddys not been open to new ideas around the dinner table.

“The mindset shift that needs to happen is that conflict is not bad, it’s a way to discover things.”

“People are assuming what the other person is thinking, feeling, needing or wanting,” she explains.

Froese spends a good portion of her time with clients helping them understand their own communication style and how it factors into conflict.

“A lot of farmers are reactive instead of proactive,” she says. “The mindset shift that needs to happen is that conflict is not bad, it’s a way to discover things.”

Gather perspective: Try putting yourself in the other person’s position to understand their point of view. Reach out, ask questions, brainstorm together and be open to listening. Conflict often arises because of the fear of what might happen next. “A good question is: What are you afraid of?” Froese says.

Keddy says his parents have always been open to his input. “We have ideas and aspirations for the farm and our parents are accepting of that,” he says.

Get a handle on emotions: “You need to be able to express emotion,” Froese says. Hurt, anger, frustration – they are all common emotions lurking behind conflict. Understanding the roots of an emotional response can be key to discussing tough topics. Prepare to encounter emotion, but don’t be weighed down by it.

If the highs and lows of business decisions can be discussed and examined without overly charged emotion, there’s more room for innovation. Building a healthy resilience to failure is just as important as aiming at success when it comes to running a sustainable, long-term family business.

“Over the years, my Dad’s learned the hard way sometimes – you make a mistake and you learn from it, and your business gets better,” Keddy explains. “He realized that you’ve got to make some small mistakes in order to learn the lessons from them, and that will make the business stronger."

Be curious and establish common interest: “When you know what everybody really wants then that is what you are working towards,” Froese explains. Speak to the goals you share for the business and for your family.

Although the Keddys do spend most of their time working on their own divisions within the farm, when large decisions need to be made, they all weigh in – with a firm focus on the business.

“If for example, we’re talking about making a building bigger,” says Keddy, “it’s a decision we all have to make. We don’t jump right in.”

Branching the business off into a new direction meant first investing in five years of experimental plantings, and then eventually a substantial investment in infrastructure: a new building for curing the crop.

“A lot of thought goes into our decisions – we don’t always agree on the outcome, but at the end of the day we all work together to see it through,” Keddy explains.

Make a plan: If a solution takes time, it takes time. Let things settle and take a time-out if tensions start to rise. Even before conflicting views or differing opinions arise though, farm families can ensure that they have a plan for how to act when conflict arises. “Some families do that with a family participation policy, some call it a code of conduct, some people call it a family charter,” explains Froese. “There’s different names for it, but it’s ‘this is what we’ve agreed to and this is how we’re going to behave.’”

For the Keddys, that means getting ahead of the game and modelling for the next generation the culture of trust and communication that has taken them far already.

This fall, the Keddy kids sold out of pumpkins at their roadside stand. It was a bit of a surprise to their dad, Phillip, who’d been skeptical (though silently so) of their choice of varieties. In the end, the results suggest that the kids were right to follow their gut about the appeal of “weird pumpkins” in 2020.

Letting them make those first small decisions, and watching the innovations occur — even when he doesn’t always initially agree — is all part of fostering future success. “We’ll keep building that into the business as they get older,” Keddy says. That’s the sweet spot where collaboration conquers conflict.

From an AgriSuccess article by Emily Leeson.

What you can do now to prevent conflict on the farm

How good communication among farm managers and staff can help prevent conflict before it arises.