Starting a farm with sound advice 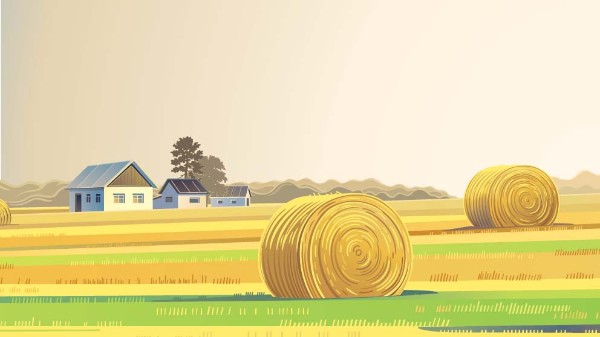 How do you become a full time farmer? Read this case study to give you a step by step guide.

It was a big day for Jeremy – and it was a long time coming. He quit his job. He was now officially a full-time farmer.

It was a great feeling, but scary at the same time. There would be no more safety net in the form of a weekly paycheque.  He knew he was making the right decision, but he suddenly had some anxiety about aspects of his farm enterprise.

Jeremy had always wanted to farm, but he came from an urban background. After getting a diploma in agricultural business, he worked a number of jobs for crop protection companies, an equipment dealership and most recently, as a farm manager. At the same time, he was able to rent some acres and equipment from the farmer he worked for.

When his parents passed away within a couple of years of each other, Jeremy inherited their house in a super-heated housing market in a major urban center. He sold the house and bought land, but cash flow was always an issue and he needed a job to keep everything moving forward.

A turning point came when a former boss suggested he look into an opportunity to custom-bale hay and straw for some of the mid-sized operations in his area. He started with an old baler and rented tractor, but within three years he had purchased two newer balers and a couple of tractors to power them. He had more work than he could handle so it was time to make the leap. His plan was to grow value-added crops and use the custom baling enterprise to keep growing the land base.

Jeremy had always relied on mentors and neighbours to help him on his journey. But when it came to questions about how to structure his business, land ownership options and tax planning, the free advice he was getting at the coffee shop seemed priced about right.

With the warm fuzzy feelings after quitting his job subsiding, Jeremy made a list of the questions that kept bubbling up. He wasn’t dealing with succession – he was initiating a business, and although he had been farming part-time for a number of years, he knew he needed help to start his full-time farming venture off on the right foot.

The first priority was to meet with his accountant, Alex, a local professional with a wealth of experience in agriculture.

Should he incorporate the business?

Jeremy expected gross revenues this year of about $300,000 from farming and the custom work, similar to the prior year. However, last year, after expenses, he had only reported about $35,000 of taxable income. This puzzled Jeremy, but Alex explained that because he could depreciate his equipment, he had been able to report a sizable deduction last year. Given his plans for additional expansion, Jeremy and Alex estimated taxable income of about $50,000 for the next few years.

At that level of income and with no other personal income, Alex thought there’d be insufficient tax savings to offset the legal and accounting fees to set up and maintain a corporation. He could always incorporate in the future if his income increased. At that time, they would decide if it made sense to transfer all the assets into the corporation, or only the equipment.

What about future capital gains?

Jeremy knew there were capital gains exemptions available for farm property. Alex provided some insights. An individual (not a corporation) may claim up to $1 million of exemption from gains on the sale of qualified farm property. Although Jeremy didn’t intend to sell any farm property in the future, he was glad to have a better understanding of how the exemption worked.

There was a benefit to not putting land into a corporation, because gains that accrue on it after it was in a corporation would not be sheltered with this exemption. Unlike many of his peers who operated farms that had been in the family for generations, Jeremy now knew that if he ever quit farming and started renting his land out, or if the custom work business became much more substantial, he would have to consult with Alex to keep his farm aligned with the rules concerning capital gains.

How would he pay personal expenses?

After meeting with Alex, Jeremy knew he was just getting started on accounting and business management decisions. He needed to learn more about avoiding issues when hiring and firing employees, and managing payroll. He also needed to choose an accounting software program, develop a plan for RRSPs and think about what kind of insurance coverage he needed at this stage of his career.

In Part 1 (November 2018 AgriSuccess), we learned about Jeremy’s foray into full time farming. His custom baling business and cropping operation had grown to where he could quit his job and focus on his own farm. He worked with his accountant Alex to set up accounts to keep personal and business expenses separate and develop a plan for capital gain exemptions. They also determined that he was not in a position to benefit from incorporating,

Jeremy felt great about getting his business plan started, but his initial discussion with Alex prompted more questions.

How should he do his bookkeeping?

Jeremy wanted to take his bookkeeping beyond the shoe box method to give him a better idea where he’s at financially at all times and make it easier for Alex to prepare his financial statements and tax returns at year-end. Alex suggested three accounting software programs that suited Jeremy’s situation and highlighted the features of each. Alex’s staff would do the initial software set up and create the appropriate accounts. Jeremy really wanted a mobile-friendly system and to track repairs for each piece of equipment separately. Alex assured Jeremy that he would get some training to become comfortable entering expenses and revenues into the software and capturing the management data he wanted.

Is there any tax planning he could be doing?

Jeremy and Alex planned to meet again before year-end to estimate his taxable income for the year and take action to reduce the taxable income if possible. He could prepay some of next year’s crop inputs or defer some crop sales into the following year. Jeremy knew he didn’t pay tax on his income from crop sales until they were sold, but hadn’t realized the custom work income should be reported as it was billed, not when it was collected.

What if he was injured and couldn’t work?

Jeremy often thought about this but hadn’t taken action as he did have some disability coverage through his job. Alex recommended a couple of options. With no family members and only some casual help, there would be nobody to make decisions or operate the farm if he was hurt at a critical time of the year. Insurance could at least provide some funds to hire people to keep the business running in an emergency.

Jeremy was embarrassed to admit he didn’t have a will or power of attorney documents in place. It was always on the to-do list, but now his affairs were becoming more complex. He had to get this done.

What about employees and payroll?

This led to a discussion about hiring staff, particularly for the custom baling business. Alex directed him to the federal and provincial legislations covering farm workers. To date, Jeremy had been freestyling on how he hired, paid and fired help. He had no idea there were so many rules and reporting requirements for employees. Once he was ready to hire someone, he would call Alex and get set up properly. The software package he had selected included a payroll module. This conversation was an eye-opener for Jeremy. He had to start doing things by the book to avoid a major human resources problem down the road.

How should he approach borrowing for land and equipment?

Jeremy had a floating-rate mortgage on the land he had purchased and bought his used equipment with his savings. But going forward, he knew he would need more equipment and wanted to be prepared if land became available nearby. Alex suggested he call his current lender and tell them of his change in employment status and his desire to expand. Alex pointed out there are many options available for equipment purchases beyond term loans, such as lease arrangements and dealer financing. Jeremy committed to making some inquiries before spring to better educate himself on his options.

What if he gets married?

Jeremy was single, but he had a girlfriend and their relationship was becoming more serious. He had witnessed a number of ugly farm marriage breakups. He wondered if there was anything he could do to protect his business at the outset of a marriage. While Alex could offer some cursory advice, he recommended that Jeremy discuss the need for a co-habitation or pre-nuptial agreement with his lawyer. The only time Jeremy had used a lawyer was to buy the farm and sell his parents’ house, so it was helpful that Alex could suggest a couple of lawyers in the area who were well versed in agriculture.

The step-by-step process Jeremy and Alex had taken during the off-season took Jeremy from feeling overwhelmed to feeling confident and empowered he was doing things right. It seemed he had positioned himself to grow and succeed. 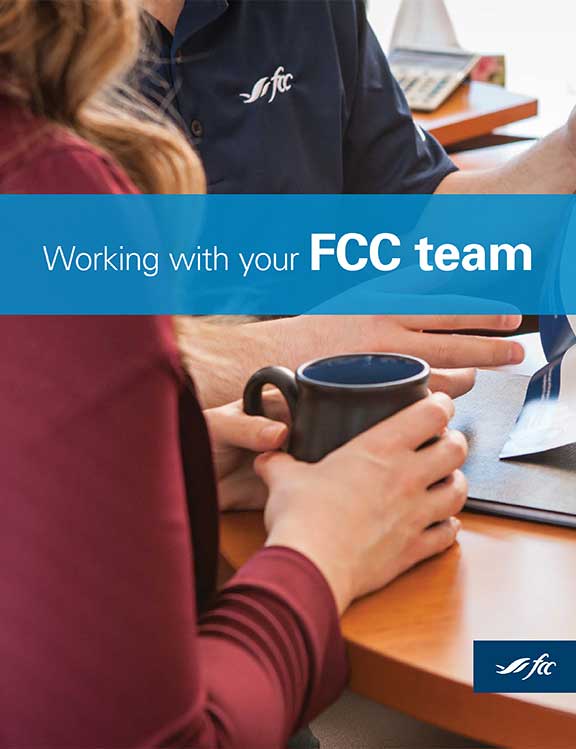 Prepare for your loan

Find guides, tools and advice to help you get loan ready.