Want a profit boost? Make sure you have a good marketing plan 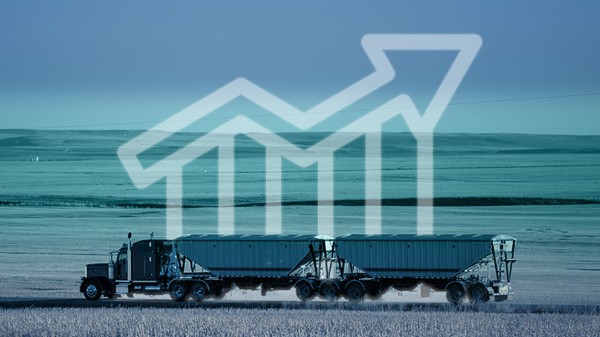 A good marketing plan can make a difference in a farm’s profitability, experts say.

“There’s no blanket market plan that will work for everyone,” says Mark Phillips, marketing specialist, PEI Potato Board.

But for a marketing plan to be effective, he says, it must be consistent and focused.

Ryan Copithorne is president of Cows in Control, an agricultural risk management consulting company. He notes cattle prices can often fluctuate 20% multiple times a year. A marketing plan to deal with the oscillations can be an important risk management tool.

Producers who stay the course in their marketing run the risk of becoming victims priced “at the average,” which is usually a net loss for most, Copithorne says.

He notes that over the last 15 years, calf prices between January and autumn increased for eight of those years and fell for another seven of those years, for a net loss of $3 per head on average.

“If you aren’t capturing the highs or protecting your losses in the down years, you will break even like everyone else," Copithorne explained.

He recommends tools like forward pricing and hedging and adds that selling outside traditional marketing seasons can be significantly advantageous. Value-added programs can also provide premiums.

"If you shop around and are willing to alter your production methods even slightly sometimes, there are often premiums on value-added programs that you may qualify for,” Copithorne says.

Overall, he says betting each year on prices being the same or better than the previous year for a one-time sale “is pure gambling” and usually unsuccessful over the long term.

“It’s like a price insurance, and it allows you to separate your delivery decisions with your pricing decisions,” Derwin says.

“Forward pricing, hedging and spreading the cash flow or market pricing over multiple periods over the year is more profitable and safer," he says. "Getting five cents more per pound above the average price in the auction mart is nothing like getting 25 to 50 cents more per pound because you forward-marketed at the annual highs months ahead."

Copithorne advises producers to start planning by calculating their production costs and projected net sales to determine which of their commodities are profitable and which come at a loss.

He also urges subscribing to a data provider for supply market prices. Copithorne points out markets don’t always trade on fundamentals, and sometimes it’s sentiment and emotions that move them, as well as global macro news that can be difficult to make sense of or predict. A data market provider provides context and background to price fluctuations, which can help producers make better-informed decisions.

From an eastern potato perspective, a marketing plan might also include how best to reach your target market, including social media, says Phillips.

With a short supply chain between the farm and table, producers making direct contact with consumers have an opportunity to increase their presence, and ultimately, sales.

“Table or fresh market growers have the most to gain from promoting potatoes on social media,” Phillips says. “Social media can allow farmers to correct misinformation surrounding agriculture and allow them to interact positively with consumers and the local community.”

As well, Phillips advocates reaching out to other farmers for advice.

“People are usually excited to share what works for them, and, almost as important, what doesn’t work.”

Growing success with a niche crop