Nothing sheepish about advocacy on this farm 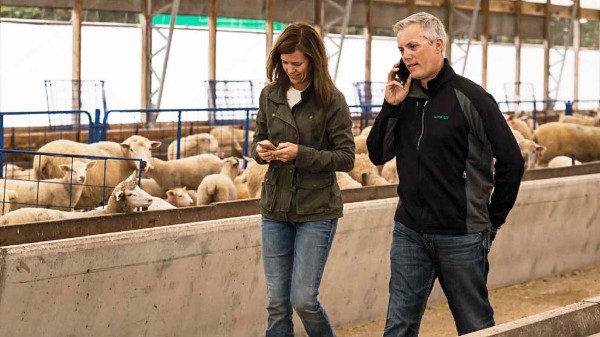 From the time they graduated (two years apart) from the University of Guelph in the 1990s, through to their current leadership roles in Ontario agriculture, Mark and Sandi Brock have become widely known for their honest and public portrayal of modern farming.  And they’re challenging other producers to join them, to make sure urban Canada is getting the right messages.

“Agriculture needs to align itself with influencers and stop talking to itself,” Mark says. “We need to be giving unified messages that people are less apt to forget.”

The Brocks run Shepherd Creek Farms, a grain and livestock operation near Staffa, Ont. The farm consists of 1,600 acres of corn, soybeans and winter wheat, plus 500 breeding commercial ewes to produce market lambs. The crop side is Mark’s; Sandi looks after the livestock.

They married after university and started farming as part of the broader Brock family, with Mark’s dad and brother, in poultry and seed sales. Sandi worked with the family business for 13 years in a management capacity.

But after a few years, they decided they wanted to farm alone. It’s not that there was friction (“We still all get together for family dinners,” says Mark) but rather, because his and Sandi’s independent spirits were leading them in a different direction.

For example, Sandi was raised on a dairy farm near Paris, Ont. Livestock is in her blood, and she loved spending time in the barn. She also figured she had something to say to consumers, through social media, about farming.

For his part, Mark was likewise moving in a new direction, with an eye toward farm politics. He was elected to the Grain Farmers of Ontario board of directors in 2010 and envisioned himself in a role helping agriculture be better perceived by consumers and decision-makers. 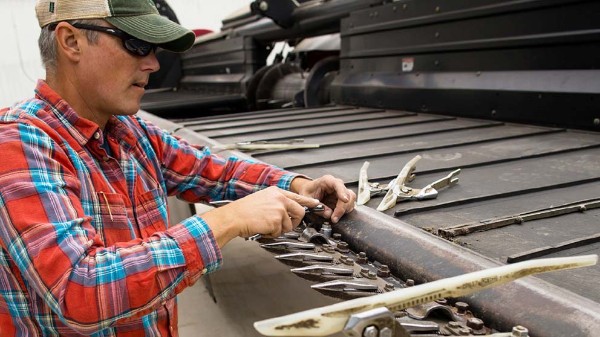 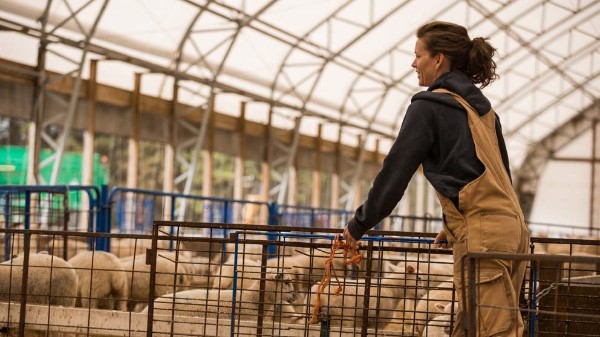 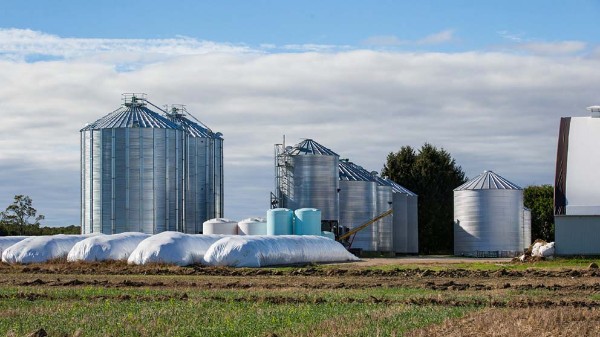 Another consideration in their decision to farm separate from Mark’s family was their desire to build a legacy for their children Jack, 16, and Jess, 15.

“We wanted to create something that was ours, and our kids’,” Mark says. “Sandi and I never mix our dreams with the kids’ dreams, but we wanted to build this farm together, so they would have something to farm if they chose to.”

Overall, they wanted to chart a new course for themselves. So in 2012 they branched out, and Shepherd Creek Farms was born.

To help the farm succeed, they took their management skills to a new level. That began by enrolling in the CTEAM (Canadian Total Excellence in Agricultural Management) program, where they learned about the importance of building a strategic vision for their operation.

Key to the process was writing five-year objectives, understanding the barriers and challenges they faced and how to build on their successes. Ultimately, they focused on three areas: relationship building, working on areas they struggle in, and personal drive. They revisit their plan periodically, so they don’t get “caught in the weeds,” Mark says.

“It’s easy to end up doing mundane day-to-day work. But farm businesses need to go back and regularly look at their strategic plan and make sure they’re headed in the right direction,” he says.

Another thing they learned was the importance of communication – not only speaking but listening. “Knowing where people are coming from is vital for understanding them,” Sandi says.

While strides are being made to help urban Canada better understand agriculture, consumers continue to approach farming from a position of caution, rather than trust. “As farmers, we’re defending ourselves a lot, and we’re under pressure,” Mark says. “There’s a gap in understanding between us and decision makers, and environmental non-governmental organizations are filling it in.”

That’s where the Brocks say they and other farmers need to step it up. They believe farmers have a role in advocacy, by being conduits of solid information to those making decisions that affect farming – consumers and bureaucrats among them.

“Advocacy can be like herding cats,” Mark says. “It requires focus so messages are not scattered. Otherwise, we’re just telling nice stories that aren’t moving the industry forward.”

Social media increases the opportunities to tell those stories in a different and open way. For example, Sandi has developed a niche on YouTube for the approachable, behind-the-scenes posts about her sheep operation, called Sheepishly Me.

Content-wise, her entertaining and sometimes harried approach goes beyond what you might expect from a video blog about sheep production. Like in a post from August when she and daughter Jess sit in front of a make-up mirror, challenging each other good-naturedly on their respective knowledge of cosmetics versus sheep.

The Brocks believe farmers can help people understand what’s going on in barns and fields across Canada – and even in farmers’ homes, which are a lot like everyone else’s. And they plan to make the most of the opportunities they’ve been given to do so.

From an AgriSuccess article by Owen Roberts. 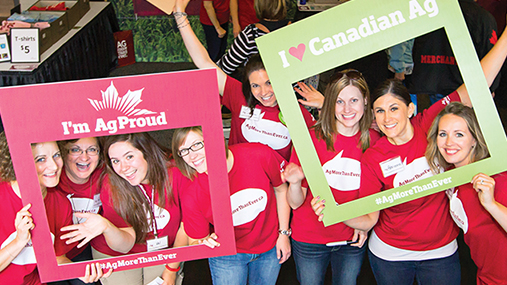 How can you speak up for ag?

Join Ag More than Ever, a coast-to-coast community and help shape people's relationship with agriculture.