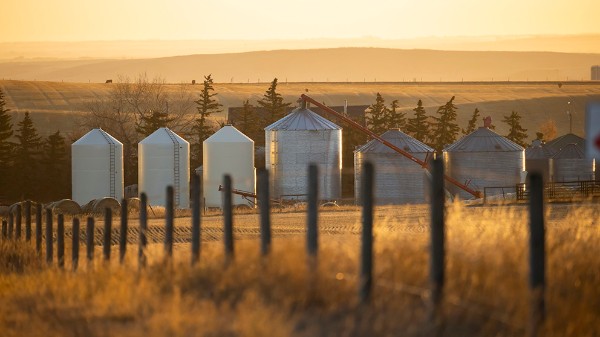 It is recommended you discuss your options with a qualified advisor.

When Jeremy and his wife June inherited the family farm, everyone told them to keep their day jobs. Jeremy’s parents had made a living from the grain and beef operation but by today’s standards, it was a small operation.

Initially, they did keep their full-time jobs and farmed on the side. It took five years before they were able to rent more land and start a very successful farm gate business selling grass fed beef.

People came to buy beef, and soon Jeremy started growing produce that also sold well. Not only were they able to leave their jobs and farm full time, they were generating increasing revenues and spending more time trying to manage tax exposure. Prepaying for seed, feed and fertilizer before year-end helped, but they needed to decide if it was time to change the structure of the business.

The best option for them was to form a partnership and include their equipment, buildings and inventory, but leave their land held personally.

They had started with a sole proprietorship, which kept things simple. Then, with annual taxable income exceeding $150,000 in each of the past three years and an expectation for revenues to continue to grow, they felt it was time to consider a business structure with a lower tax rate. They set up a meeting with their accountant to discuss their options.

Both Jeremy and June assumed that incorporating the business to access lower tax rates was the obvious next step. But their accountant started the meeting by saying there were a lot of things to consider. She felt that a partnership was a better option for the near future, and she would explain why as they considered all the factors.

Their accountant confirmed that Jeremy and June each had access to $1 million of capital gains exemption. Her preference was to leave paid-for land outside a partnership or company structure. If they purchased new land and carried significant debt it may be advantageous to hold that land within a company. As they moved forward with changes to the business structure, they would need to be mindful of assets that qualify for the capital gains exemption. This includes farmland owned personally by Jeremy or June, shares in a qualifying farming corporation, any interest in a qualifying farm partnership, or quota.

Jeremy and June were both in their early 40s and had two children, aged 12 and eight. It was too early to tell if the kids were interested in the farm business, but the objective was to have that option in play. The accountant advised that even if they formed a partnership for the near term, ultimately, if the business continued to grow, it would be incorporated. She felt that an incorporated entity was not an obstacle to a transition plan for one or both of the children in the coming years.

June did all the bookkeeping for the farm and was a bit nervous about adding complexity by incorporating or forming a partnership.

Under a partnership structure the bookkeeping would not change dramatically but there would be some additional costs for accounting and legal bills. These costs would be offset by tax savings and the business would be easier to manage as there would be less need for income deferrals and pre-paying for crop inputs to lower taxable income every year.

The accountant suggested that after a minimum two years under a partnership structure, they could consider rolling their partnership interest into a company and make use of their capital gains exemption. By moving to a partnership for a few years before incorporating, they can capture the CGE exemption on things like inventory that wouldn’t otherwise qualify. This strategy also generates a tax-paid shareholder loan when they incorporate, which could be used as part of their future personal tax planning.

Based on their current situation and near and long-term goals, Jeremy and June agreed with their accountant that the best option for them was to form a partnership and include their equipment, buildings and inventory but leave their land held personally. They were glad they took the time to work through the decision with their accountant.

How to improve productivity and reduce waste on the farm

When you know your inputs and outputs well and make changes where they really count, even the simplest fix can make a big impact.