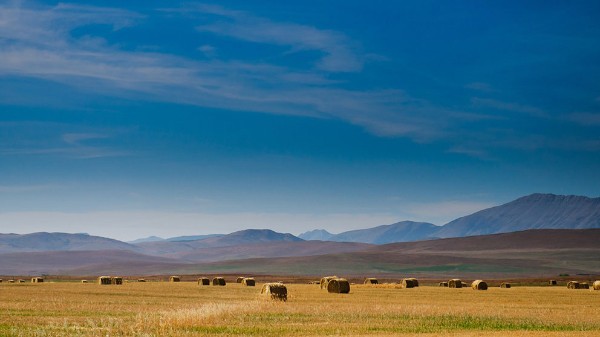 For First Nations, purchasing land for agricultural development is often not as straightforward as one might think. When a First Nation buys land through the Treaty Land Entitlement framework, or by other means, there are two options; go through the Additions to Reserve (ATR) process or purchase land as Fee Simple.

ATR is the addition of a piece of land to an existing reserve or creating a new reserve for a First Nation.

All Reserve lands are considered Crown land and are subject to detailed land laws according to the Indian Act:

When a non-indigenous farmer buys land from a neighbour or realtor, it’s Fee Simple land – a tract of land with or without structures on it. Anything can be done so long as the owner operates within the regional or county land-use bylaws.

The most significant difference when considering developing or business ventures between reserve land and Fee Simple land is that reserve land cannot be leveraged to build infrastructure. For example, if a First Nation wishes to develop a value-added processing facility or farm equipment shed on reserve lands, they either need the cash-on-hand or external investors. With Fee Simple, leveraging for building infrastructure is a regular occurrence.

However, he adds, it’s difficult to develop anything commercially on the land because of the financing challenges, such as gaining access to capital and a general lack of agricultural capacity.

First Nations often have substantial amounts of unused arable land that could be developed for agricultural purposes.

“We are really pushing that First Nations use agrologists and agronomy to understand the land and how they’re going to be planting on it, knowing the whole schedule of farming, knowing the dates, when to apply for crop insurance; and knowing that well in advance.”

Because Indigenous people have a historic lack of access to capital through financial institutions, reserve land is often developed through investment companies or cash.

It’s not always easy to find investors, though, and band councils – the leadership of the First Nation community - sometimes opt to designate reserve lands to the federal government for a set term. A long-term lease of designated Indian Reserve land has a market value that can be used as security for the financing of an economic development project. These types of leases are registered in the Indian Lands Registry System to provide certainty and enforceability of the long-term lease to the investor.

The designation process is complex and can regularly take up to two years. The designation request is sent to the chief, councillors of the community and then to the Minister of Indigenous Services - with no guarantee of the outcome.

There are other less-complicated procedures to pursue uncultivated and unused reserve lands intended for short-term agricultural purposes, such as a permit under subsection 28(2) of the Indian Act or a lease under paragraph 58(1)(c) of the Indian Act.

What about Buckshee Agreements?

There are also Buckshee Agreements, an informal agreement where a First Nation or band member allows, often verbally, a non-First Nation farmer to farm a portion of the reserve lands. However, as Billie Fortier, a lawyer with MLT Aikins LLP in Calgary, Alta., explains, Buckshee Agreements are not binding, and there is no recourse if anything goes sideways with the relationship.

Customary Allocations as an option

However, an individual member of a First Nation may obtain allotments on reserves, giving them the right to exclusively use and occupy a defined parcel of reserve land. This is called a Certificate of Possession (CP), and once the First Nation approves the allotment, the federal Minister of Indigenous Services must issue the CP.

“It’s as close to Fee Simple as a band member can get on reserve,” Fortier explains. “Members have an enforceable right of possession; they can then lease those lands to other members or non-members [with Ministerial approval], extract natural resources and farm the CP lands freely.”

Fortier says it’s important to remember that a CP may only be transferred to another member or band, and those lands cannot be sold the way fee simple lands can.

The Westbank First Nation in British Columbia have allotted almost all its territory to individual members using CPs. It’s a prime example of how CP holders can lease and develop their lands.

Fortier suggests a band member can leverage reserve land for agricultural purposes by being allotted a CP. The other option is for a First Nation to source outside investors. However, Fortier cautions, be careful how the business relationship is structured to minimize liabilities.

“We often see First Nation-owned businesses engage partners either to get more investors on board or to engage their on-site expertise,” she says. “A Nation-owned company may want to develop a large-scale farming operation and would need initial capital investment, possibly by way of bringing in a third-party partner. Do your due diligence to make sure you’re choosing the right partners and the most advantageous business structure and that you’re protecting the company’s long-term interests, and by extension, the First Nation’s.”

Reserve lands and Fee Simple lands are distinctly different, and both come with unique advantages. Reserve lands often face a larger task of becoming profitable since the owner cannot leverage land the same way someone who owns fee-simple lands can, except for the long-term leases provided through the Indian Act land designation process. (Currently, almost all the economic development activity on Indian reserve land is established on designated Indian reserve lands.) A clear set of goals and expectations are key to successfully developing and farming either type of land.

Getting creative: Building a solid foundation on leased land

In this episode, Marty and Dave Semmelink talk the pros of leasing, adding value to your operation, seizing opportunity and staying true to yourself through it all.