Top economic trends of 2019: Protein to profit from growing demand 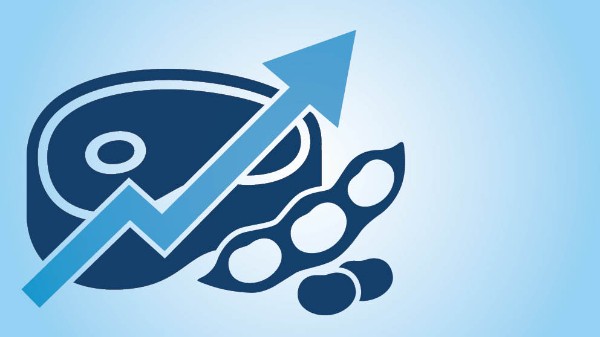 If 2019’s demand outlook for certain crops is dicey because of uncertain global ag markets, the same can’t be said for all protein markets. Protein doesn’t just taste great; it’s critical to healthy diets too. Growth in protein markets may be a bright light in a year of larger anticipated production.

That disparity explains the sometimes extraordinary growth of animal-based protein consumption in emerging markets, where income is growing the most. For example, between 2012 and 2017, Chinese imports of animal protein grew: total meat imports grew 131% (from just over US$4 billion to almost US$9.5 billion); total fish imports grew 47% (from US$5.5 billion to just over US$8 billion) and dairy imports grew from US$3.2 billion to US$5.1 billion.

The well-known market maturity of animal proteins helped slow its per capita consumption growth over the last decade. Poised at the start of a new decade, consumption of animal proteins appears to be on the road to recovery. The OECD-FAO Outlook 2018-2027 forecasts 15% growth in global consumption of meat and fish by 2027. Population growth will be responsible for some, but both China and India will continue to see strong per capita growth throughout the Outlook period, driven by gains in household income.

Low prices have helped keep per capita meat consumption growing in developed countries too, and are expected to produce the world’s largest overall (absolute) gains in per capita consumption to 2027. In Canada specifically, food consumption (measured as availability) shows Canadians’ clear preference for proteins overall, which dominate the highest growth rates over the last five years.

Table 1: Protein sources account for 4 of top 5 foods with largest gains in availability to Canadians, 2012-2017

Even the decline in the availability of meat slowed more recently, illustrating the underlying trend in the USDA forecast for 3.6% growth in North American per capita protein consumption in 2019.

A broadened palate for proteins has boosted the engine that now makes up the Canadian plant-based protein complex. That, and the renewed meat demand, stand to make 2019 a good year for Canada’s protein producers.