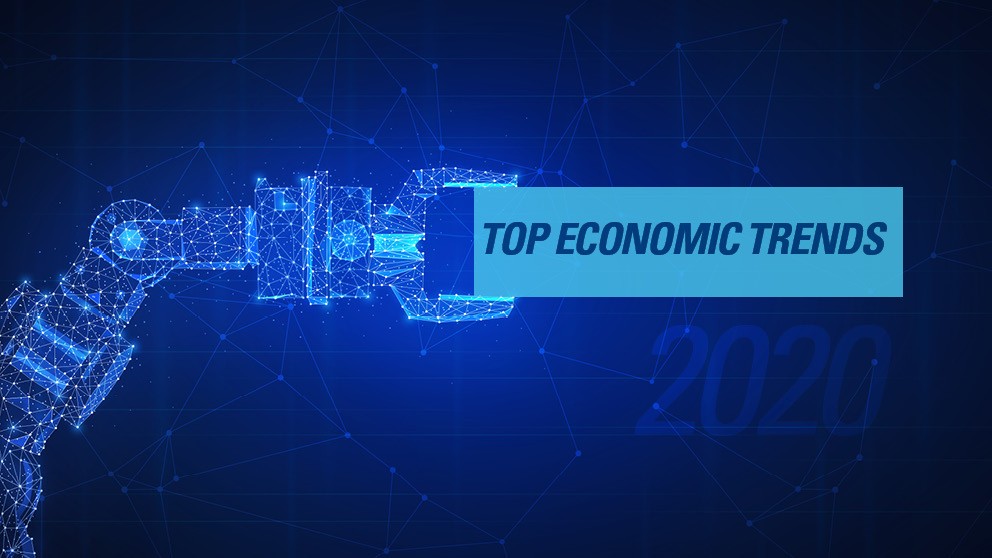 The world’s path to prosperity and economic growth is changing. According to Bloomberg, the traditional drivers of growth – labour, investment and productivity – must now contend with the influence of climate change, automation, digitization, protectionism and populism.

These forces will disrupt growth in developed and emerging economies alike. Most governments – including Canada’s – have anticipated the impacts, responding with policies and measures designed to mitigate the associated risks and capitalize on likely opportunities.

Bloomberg assessed 114 countries’ exposure to the five disrupters and indexed each country’s preparations to withstand – or thrive in – the conditions the disrupters will produce. Countries with higher scores indicate their future economic performance is less likely to be compromised by the disrupters.

Together, these countries comprise 98% of global GDP. Including Canada’s large and growing export markets, Bloomberg’s index serves as a useful guide for Canadian agri-food businesses. We’ve highlighted only specific markets as examples; knowing how these countries respond to changing conditions is important as those responses will determine each market’s long-term economic vitality. 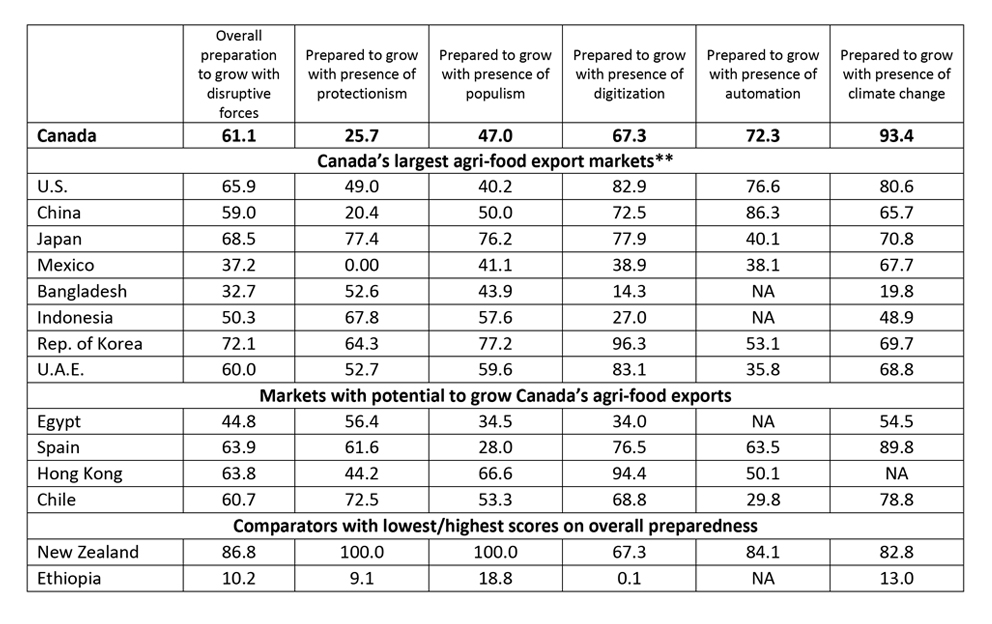 Understand the signs where business awaits

The largest uncertainty facing Canadian agri-food in 2020 is the evolution of U.S. and China trade tensions. Bloomberg’s measure of the potential harm to economic growth suggests that, among Canada and its agri-food trade partners, only China and Mexico stand to lose more than Canada from the tensions. It’s a testament to the importance of trade in our economy.

China and the U.S. can shift overall trade flows with the clout each have in global markets. Given the volumes involved, any change in their bilateral trade patterns will impact the opportunities for Canada’s agri-food trade – higher or lower.

Aside from the problems created by the U.S.-China conflict, our traditionally large export markets appear poised to tackle the challenges.  Among Canada’s largest markets, China, Japan, the Republic of Korea and the United Arab Emirates (UAE) are expected to best deal with disruptive forces.

Several key markets are less likely to do well. Indonesia imported over $0.5 billion in Canadian agri-food products in 2019. Difficulties may not show up in 2020 – the IMF forecasts a stellar 5.1% growth in the country’s GDP for 2020. But it will have to do more to overcome the impacts of climate change, automation and the digitizing economy to maintain that growth.

Mexico, Bangladesh and Egypt lag most countries in their preparations. These are important markets for Canadian exporters of our highest-ranking agri-food commodities (wheat, canola seed and oil, soy, pulses, pork, beef, bread and pastries). How the five disruptive forces will impact each of these economies matters to businesses here.

The disrupters are expected to especially challenge Canada’s smaller markets. Can they continue to import at recent levels while paying higher costs for services and commodities (including basic living costs) arising from protectionist policies and climate change? Monitor their progress on these fronts. Automation is likely to hit these markets the hardest unless their governments do more to provide access to the employment and training policies that will avert unemployment and unrest.

Canada has done well to diversify our agri-food export markets beyond the U.S. and China. To make further progress, Canadian exporters will have to watch their target markets’ economic indicators. Understanding and monitoring foreign governments and businesses’ plans to deal with the likely impacts of disruptive influences is a good start.