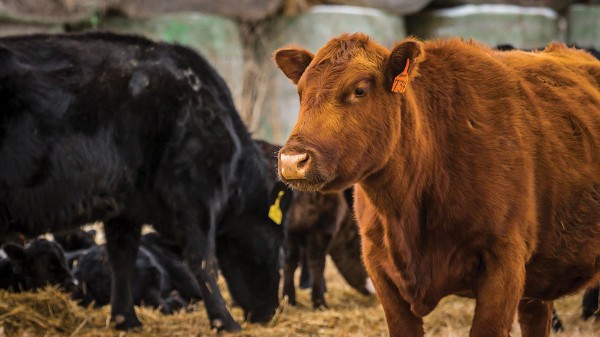 FCC Economics is doing a mid-year check-in on our January 2019 Outlooks. Throughout July and August, we’ll update our expectations about profitability across seven Canadian ag sectors (dairy, broilers, red meat, food processing, horticulture, agribusiness and grains, oilseeds and pulses). We’ll describe what’s happened in 2019 to-date and what to monitor in the next six months.

A good start to the year for cattle and beef operators will likely be negated in the second half of 2019, leading to a year of challenged profitability for both cow-calf operators and feedlots. The growth in first quarter overall cattle receipts from strong beef production and exports is expected to decline, while feed conditions worsen, marketings slow and seasonal prices dip. Weaker revenues will be accompanied by higher feed costs.

We forecast mixed profitability for Canada’s hog sector for the remainder of 2019. Over the first six months, the sector benefitted from increasing hog prices and a decline in feed costs. We expect positive margins to round out the year even if feed costs will likely rise. Global demand for pork may grow enough this year to support prices and Canadian farm revenues.

Positive margins expected for the hog sector for the rest of 2019 - despite rise in feed costs. Tweet this

There’s a chance for the second half of the year to mirror the successful first half for those livestock operations that implemented the appropriate price risk management strategies.

Trends for the red meat sector to watch

Four major drivers have helped shape the red meat sector to date in 2019:

Each will continue to exert a major influence.

The net result of 2018’s market upheaval for Canadian hog producers was a 9.4% year-over-year (YoY) fall in farm cash receipts in the first three months of 2019. That came on the heels of a 9.0% fall in 2018. A shutdown of the world’s largest export market for U.S. soybeans helped hog margins. The U.S. crop glut that rounded out the 2018-19 MY lowered feed costs for the sector between January and June - sorely needed while trade tensions pressured hog prices.

Prices then climbed significantly in April and May in response to an anticipated tighter pork supply as ASF spread through China. The big question that remains in 2019 for both Canadian and global meat production is the shifting balance between global supply and demand of both meat and crops.

Chinese demand is expected to continue growing as ASF leads to a decline in the pork supply. China’s meat consumption represents 27% of global meat consumption, around 60% of which is pork. The USDA expects China to import a record amount of pork (+41% YoY), beef (+15% YoY) and chicken (+68% YoY) this year. These projections are based on a 10% projected decline in Chinese 2019 pork production – a relatively modest estimate that could easily be exceeded.

Higher hog prices have driven U.S. production higher with a 4% increase in the first six months of 2019. That was made possible by recent productivity gains and supported by strong consumer demand for U.S. pork. The higher U.S. production has kept hog prices from climbing further despite the anticipated growth in ASF-related global demand. The USDA expects U.S. hog prices to stay above 2018 levels, now that Mexico has rescinded tariffs on U.S. pork and both North American and global markets continue to strengthen.

Widespread dryness in the Canadian Prairies and poor pasture conditions make it challenging for producers to find enough feed at reasonable prices. With fewer acres devoted to soybeans this year given Chinese tariffs, both U.S. and Canadian producers signalled early intentions to plant more corn. Excessive moisture in Ontario and the U.S. at time of seeding helped push corn prices higher, with negative implications for feed costs.

That outlook is now less clear. U.S. corn stocks are up at the start of the 2019-20 marketing year and may be boosted further if June’s USDA Acreage Report is correct. The wet planting delay across much of the U.S. Corn Belt was expected to reduce acres planted by considerably more than was reported. That news prompted a significant drop in the corn price.

Even with that decline, we expect higher feed costs for the second half of 2019. The USDA projected average corn price is US$3.70. Futures prices are forecasting them even higher. Canadian corn production has most recently been projected to fall YoY, due to prevented plantings in Ontario, prompting large increases in imports. Barley production should rise YoY with more acres planted in 2019, but likely won’t be enough to offset the loss of corn.

The expected deterioration of the feed outlook may not be as severe as earlier estimates, based on expectations of very low supplies, suggested. However, feed costs may still contribute to a dampening of 2019 U.S. cattle production and thereby help lower North American cattle prices. A stable Canadian beef cow herd and increased marketing weights have led to growth of Canadian beef production in the first half of 2019. This larger beef supply was met by strong domestic and global demand, including Japan where Canadian export sales doubled between January and June. Price swings have since reversed the cattle sector’s early upward trend. The USDA forecasts the 2019 third quarter fed steer price at US$110/cwt., the fourth-quarter at US$114/cwt. and the 2019 annual price at US$117/cwt.

A continued bright spot is consumer demand for red meat, both here and globally. Trends in Canada’s retail meat prices have fared well over the last year relative to most food items: All animal protein retail prices climbed on average at similar rates in May: 1.4% for pork and 2.5% for beef and chicken YoY. Canadian overall food prices climbed 3.5% YoY.

Those pricing trends’ impact on consumer demand will be boosted by strength in the Canadian economy. Canada’s unemployment rate was 5.5% in June 2019 (near the lowest level since 1976) and average hourly earnings grew at a 3.8% annual pace.

Interest rates and the value of the Canadian dollar have had an impact on the profitability of Canadian red meat producers in the first half of 2019.

A slower pace for economic growth has significantly changed the January outlook for interest rates. We don’t expect the BoC to lift its policy interest rate for the remainder of 2019, and financial markets believe a rate cut is possible. This has pushed long-term interest rates lower, resulting in opportunities for businesses to lock in historically-low long-term fixed rates.

Our January forecast of a US$0.75 loonie was right on the money up to mid-June. The future path of interest rates in Canada and the U.S. as well as the strength of the oil market matter for the exchange rate outlook – which will impact livestock and feed prices.

FCC Economics forecasts the CAD to trend around US$0.745 for the remainder of 2019. In the short-term, the loonie could gain while the US Federal Reserve holds a more accommodating stance towards interest rates than the Bank of Canada. A low loonie contributes to higher livestock prices and also implies slightly higher feed prices.