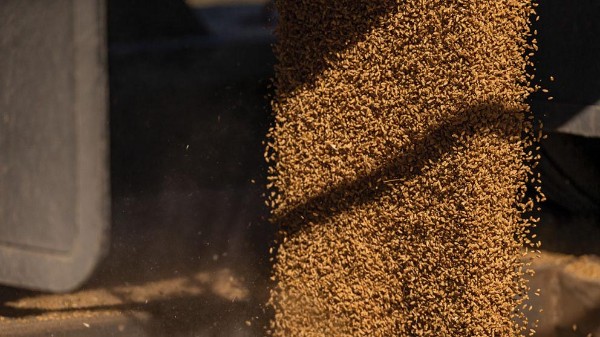 The outlook continues to improve for several Canadian crop sectors. There’s no change from our mixed January profitability forecast for grains: spring wheat continues to trend at roughly break-even or just above, while winter wheat margins will be pressured throughout the rest of the year. Corn margins are expected to be positive. Profitability of canola, soybeans and lentils should also remain near break-even.

Significant headwinds persist, however. Trade tensions between China and the U.S and market access challenges for Canadian crops remain the main hurdles to profitability. Growth in this year’s crop production will be required to make up for continued low prices expected for soybeans, pulses and canola. Prices for Canadian corn are highly variable right now, with U.S. supply a major uncertainty.

Despite significant headwinds, the outlook continues to improve for several Canadian crop sectors. Tweet this

Trends for the crop sector to watch

Supply-demand balances remain the big question for many crops in 2019.

The USDA August crop production report lowered the estimates of corn acres planted in the U.S. from the July report, but raised the projected yield which brought corn prices lower on expectations of a larger supply.

This year’s estimates of U.S. and Canadian corn production are particularly hard to assess. Attention now is focused on yields: many corn acres were planted late and inputs sparingly applied to crops believed to be inferior. But across some regions so far this marketing year (MY), the weather has improved, increasing hopes for near-normal production on acres planted early enough. The question remains as to both quality and yields.

The USDA projection for the 2019-20 corn price is now identical to last year at $3.60 per bushel. It could climb higher in the near future if yield or planted acre assumptions prove too optimistic.  Canadian producers may also see improvements in local basis this year. Ontario corn production was delayed with a wet spring, with possibly 0.5 million fewer viable acres than Statistics Canada’s early estimate of 2.2 million acres.

Weather has taken a toll on Ontario’s soy and wheat crops too. The threat of vomitoxin (deoxynivalenol or DON) continues to linger in the province, with a high degree of uneven crop development that increases its risk and that has put harvest behind schedule. Canadian producers planted fewer acres of soybeans this year, but with the lower prices, production stands as the best chance to be profitable. Ontario’s weather impacts to the planted acres is expected to reduce production.

Elsewhere, Canada’s 2019 crops appear to be in fine shape. Although little of Alberta’s lentil crop is rated as being in good condition, overall prairie lentil, pea and soybean production is expected to be near to, or slightly exceeding, average levels. Both Alberta’s and Saskatchewan’s winter and spring wheat crops were progressing well, if not better than average, at the end of July. Major crop (spring wheat, durum, canola, peas) conditions varied widely across the province, but overall exceeded both the 5-year average and 10-year average ratings of “good to excellent”. That should slightly boost carryout stocks for peas; lentil stocks are expected to fall slightly, despite the expected increased production.

Looking ahead to the 2019-20 MY, the area seeded to wheat in many major producing countries, including Canada, is expected to increase, pushing up estimates of global production, supply and carry-out stocks. Facing more competition from other exporters, Canadian carry-out stocks are forecast to increase. AAFC’s July projected season-average farm price for wheat is $240 per tonne, down slightly from the estimated 2018-19 price of $245.

The most recent spate of ill will has spawned yet more tariffs and greater uncertainty. This does not bode well for the health of the world economy. The saga has also fuelled the most recent drop in U.S. soy prices, with earlier, more robust estimates of U.S. exports now threatened.

2019/20 YoY soybean production is lowered with fewer planted and harvested acres in both the U.S. and Canada, and on lower projected yields. But even that decrease won’t be enough to unburden North American supplies. U.S. soybean ending stocks for 2019/20 are projected at 755 million bushels - a helpful 29.4% YoY drop from the estimated 2018-19 carryout but an 72.3% increase from the 2017-18 carryout. The glut may be subsequently strengthened, given the latest trade breakdown and increased competition from South American suppliers.

A definite bright spot: 10 days before the end of the 2018-19 crop year, total Canadian grain exports were 2.6 million tonnes ahead of 2017-18 levels. Canadian wheat exports rose 11.5% between January and June YoY, with growth to three of our top five markets helping to offset weaker YoY exports to the U.S. and Japan over the first half of the year.

Exports of Canadian pulses may be on the upswing as well. As of July 1, total pea exports were up 11.6% YoY, and lentil exports, 19.4%. Bangladesh and India have increased their respective imports of both peas and lentils from Canada over last year’s, but the remainder of the kharif growing season will determine their appetite for more. Pea and lentil prices are expected to stabilize for the rest of the year, from more domestic processing demand.

The canola situation remains highly uncertain due to market access challenges with China. Learn more in our June canola outlook.

Lower farm cash receipts from 2018 have reduced the cash flow available in 2019 to buy inputs and equipment. Input costs started the year off by climbing: between January and June, fertilizer prices increased YoY, on average, 10.4%. Pesticide prices rose 1.3% on average.

For the remainder of the year, we forecast fertilizer prices to remain relatively flat. That’s based on a seasonal dip, the exchange rate and an expected market response to low quality early crop conditions.

Our January forecast of a US$0.75 loonie in 2019 was right on the money up to mid-June. We’re sticking to that forecast, but any strengthening of the CAD in the next six months will have dual impacts, decreasing the cost of inputs and decreasing Canadian competitiveness in global export markets of farm products.

The U.S. economy has shown some strength with a 3.2% increase in real GDP for the first quarter of 2019, and 2.2% growth in the second quarter. The U.S. Fed nevertheless proceeded to cut its policy rate to hedge against a possible future slowdown of the global economy. More rate cuts are possible before the end of the year. Lower U.S. rates could lift the loonie up slightly.