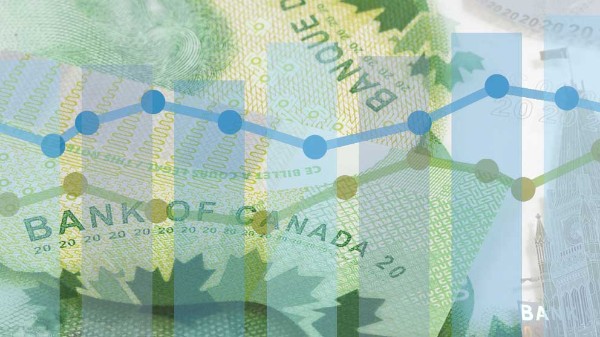 The Bank of Canada’s (BoC) neutral stance last week was no surprise. The bank anticipates an economic rebound in the second half of 2019, and sees no reason to change its policy interest rate. This apparent stability may suggest there’s little value in monitoring those interest rates. But that’s misguided advice.

The policy rate isn’t the only driver of interest rates for borrowers – in fact, for some loans, changes in the policy rate sometimes have little impact. The rate that borrowers pay falls or climbs according to several factors; one being the cost of the funds financial institutions (FIs) lend.

Different loan types (like variable or fixed rate) are based on costs that vary by the source of the money FIs acquire then lend. Not surprisingly, the rates charged to borrowers also vary – most often, in response to the shifts occurring in financial markets.

Here are features of these different types of loans.

Long-term fixed rates are usually higher than variable rates – but these borrowing costs won’t climb as variable rates might over the term of the loan.

As an example, the Government of Canada 5-year bond yield was very low from July 2015 to November 2016 (Figure 1). That lowered the cost of funds for long-term lending, triggering some very low rates for 5-year fixed rate mortgages. 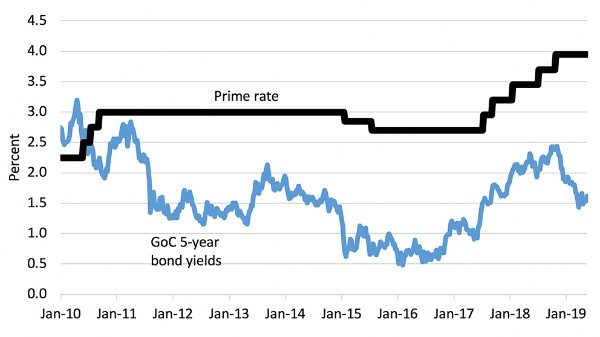 Although variable rates and short-term fixed rates were also low (following the bank’s two rate cuts that lowered the prime rate to 2.7%), the 5-year fixed rate could offer significant peace of mind.

How comfortable are you with interest rate risk?

We’re at an interesting juncture for interest rates following the decline of the 5-year bond yields occurring since November 2018. The BoC Governor sees interest rates rising as soon as headwinds to growth dissipate, while financial markets suggest the BoC will likely cut rates rather than boost them. There’s no clear-cut answer.

The sector in which a farm operates, the strength of its balance sheet, the purpose of a loan, etc. all combine to create different borrowing needs. There’s no one-size-fits-all recommendation about which loan type to secure. Continuous assessment of operational finances remains a key strategy.