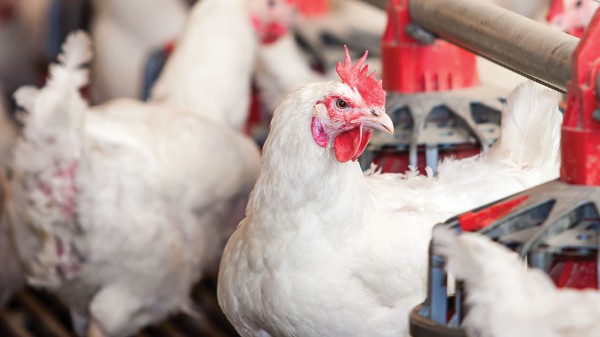 FCC Ag Economics is doing a mid-year check-in on our January 2019 Outlooks. Throughout July and August, we’ll update our expectations about profitability across seven Canadian ag sectors (dairy, broilers, red meat, food processing, horticulture, agribusiness and grains, oilseeds and pulses). We’ll describe what’s happened in 2019 to-date and what we think you should monitor in the next six months.

Growth in Canadian broiler production slowed in the first five months of 2019, falling under the 3% pace we’d anticipated in our January outlook. Even with the farm price increasing at a slightly faster pace than input costs, broiler operations recorded positive profitability. We expect positive profit margins for the remainder of 2019 along with stronger growth in broiler production.

Trends for broiler operations to watch

Broiler production (measured in eviscerated weight) climbed 1.6% year-over-year (YoY) in the first 5 months of 2019. Canadian stocks of frozen chicken meat averaged 54,000 tonnes over the first five months of 2019, representing a 14.2% YoY increase. Despite such high stocks, broiler quota allocation will continue to grow to meet anticipated strength in consumption.

Chicken remained competitively priced at the retail level between January and April. Despite a retail price increase of 2.5% YoY in May, competing animal protein retail prices climbed on average at similar rates: 1.4% for pork and 2.5% for beef. During this period, Canadian overall food prices climbed 3.5% YoY, higher than overall inflation at 2.4%.

Disposable income is also a major driver of animal protein consumption. Canada’s unemployment rate fell to 5.4% in May 2019 (the lowest level since 1976) and average hourly earnings grew at a 2.8% annual pace. One potential downside to monitor: plant-based proteins represent an increasing risk to continued growth in retail demand for chicken.

We estimate that feed costs declined 1.8% YoY in the first six months while chick costs rose 0.8% YoY. Energy and interest expenses also climbed. The average farm price climbed on average 4.5% YoY in the first four months of 2019, pushing cash receipts 5.8% higher in the first quarter of 2019 relative to 2018 Q1.

Feed costs are projected higher for the second half of 2019. Unfavourable seeding conditions in the U.S. have lowered 2019 seeded acres and corn yields. The USDA projects an average 2019-20 corn price of US$3.80, higher than the 2018-19 average of US$3.60. Futures markets are currently signalling that this price projection is too low. Dry conditions in Prairie provinces and an excessively wet Eastern Canada could also lower the available supply/quality of feed. Projections are for feed costs to climb 7.3% YoY in the second half of 2019. Chick costs are expected to climb at the relatively slower pace of 2.2%.

The spread of African Swine Fever (ASF) through the Chinese hog herd will cause significant disruption in the global animal protein market. China’s meat consumption represents 27% of global meat consumption, around 60% of which is pork. The USDA expects China to import a record amount of pork (+41% YoY), beef (+15% YoY) and chicken (+68% YoY) this year. These projections are based on a 10% projected decline in Chinese 2019 pork production.

ASF may have an even larger impact. Some credible estimates suggest a possible, and staggering, 35% decline in 2019 Chinese pork production. Because major producers in North America and Europe can’t scale up production to meet this anticipated growth in import demand from China, animal protein prices at the farm and retail levels will need to jump significantly to re-establish a balance between anticipated global supply and demand.

Interest rates and the value of the Canadian dollar have had an impact on the profitability of Canadian broiler producers in the first half of 2019.

A slower pace for economic growth has significantly changed the January outlook for interest rates. We don’t expect the BoC to lift its policy interest rate for the remainder of 2019, yet financial markets believe a rate cut is possible. Recent investments and the five previous increases in the BoC policy rate (dating back to July 2017) are expected to continue pushing interest expenses of broiler operations higher.

Our January forecast of a US$0.75 loonie was right on the money up to mid-June. The future path of interest rates in Canada and the U.S. as well as the strength of the oil market matter for the exchange rate outlook.

FCC Ag Economics forecasts the CAD to trend around US$0.745 for the remainder of 2019. A low loonie implies a slightly higher price for feed.