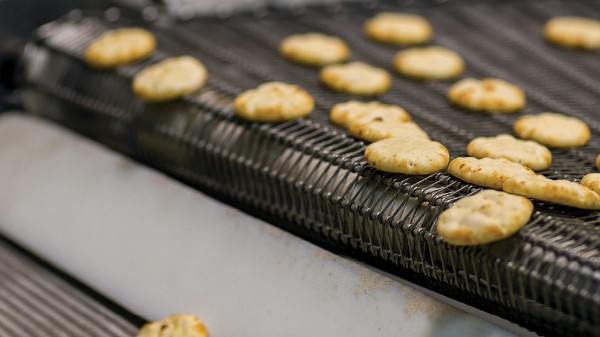 FCC Economics is doing a mid-year check-in on our January 2019 Outlooks. Throughout July and August, we’ll update our expectations about profitability across seven Canadian ag sectors (dairy, broilers, red meat, food processing, horticulture, agribusiness and grains, oilseeds and pulses). We’ll describe what’s happened in 2019 to-date and you should monitor in the next six months.

Our January forecast for varied food processing margins is holding up well.

Global demand, backed by growth in Canadian, U.S. and global economies, will continue to support several of Canada’s food sectors throughout 2019. Tweet this

Demand is growing for potato products and red meat, but Canadian export potential continues to be limited due to both production and market access challenges. Potato processors, coming off a difficult year, must wait for the 2019 crop to tell if yield, quality and overall production improvements will provide better margins. Red meat processors may see positive margins strengthen, but that outlook is highly uncertain given ongoing trade tensions and improving weather on the prairies. Bread and pastries are growing in global import markets, but bakeries will likely see challenges in the year ahead.

Trends for food processors to watch

Interest rates and the value of the Canadian dollar have had an impact on the profitability of Canadian food processors in the first half of 2019.

The Canadian economy recorded a 0.4% increase in real GDP in the first quarter of 2019, following a 2018 fourth-quarter 0.3% increase. The Bank of Canada (BoC) expects the pace of economic growth to pick up in the second half of 2019, with inflation expected to trend around the bank’s 2% mid-point target. A strengthening economy will continue to support demand for high-quality or expensive foods.

Canada’s unemployment rate was 5.5% in June 2019 (near the lowest level since 1976) and average hourly earnings grew at a 3.8% annual pace, boosting disposable household income and supporting food demand. There’s a downside to those gains, however. Such labour shortages also dampen the outlook by raising costs of food manufacturers. Between January and April, manufacturing wages rose 4.6% YoY.

A relatively slower pace for economic growth has significantly changed the January outlook for interest rates. We don’t expect the BoC to lift its policy interest rate for the remainder of 2019, while financial markets believe a rate cut is possible. This has pushed long-term interest rates lower, resulting in opportunities for businesses to lock in historically-low long-term fixed rates. The five previous increases in the BoC policy rate (dating back to July 2017) are expected to continue pushing interest expenses slightly higher. Higher interest rates may counteract the benefit of employment and wage growth, pressuring households’ budgets and deflating consumption of higher-priced foods.

Our January forecast of a US$0.75 loonie was right on the money up to mid-June. The future path of interest rates in Canada and the U.S. as well as the strength of the oil market matter for the exchange rate outlook. Upward movement in either throughout the rest of the year could translate into higher business costs.

The U.S. economy has shown some strength with a 3.2% increase in real GDP for the first quarter of 2019, in line with the 2018 economic performance. But in March the U.S. Fed chairman slashed the forecast for 2019 rate hikes from two to zero. And the most recent statement of the U.S. Fed now suggests at least one rate cut before the end of the year. Lower U.S. rates could lift the loonie up slightly, weakening the loonie’s competitiveness in U.S. markets, by far the largest market for Canadian food products.

FCC Economics forecasts the CAD to trend around US$0.745 for the remainder of 2019. In the short-term, the loonie could gain while the US Federal Reserve holds a more accommodating stance towards interest rates than the Bank of Canada. A low loonie strengthens revenues of Canadian food processors, but also contributes to higher input costs.

2018-19 Canadian potato processing can maybe best be summed up by saying, “If it can go wrong, it has." That may sound dramatic, but the industry from PEI to Manitoba has recently been pummelled with scarce supplies, poor product and rising freight costs.

As of March, processing stocks were down in PEI, New Brunswick, Quebec, Ontario and Manitoba – and in some cases, dramatically down. Canadian potato imports climbed 7% between January and April of 2018 and 31% over the same period in 2019 in efforts to fill processing capacity. The cost of potatoes as inputs rose 7.9% between January and May 2019 compared to the same period one year earlier, suggesting this year’s margins may be squeezed as well. The price received for potato chips rose a relatively small 1.4% over the same period.

A good 2019-20 crop is needed to produce positive processor margins for 2019. More acres of processing potatoes have been planted in numerous provinces but supplies will continue to be tight until new crop is available in August. Recent investment in prairie processing expansion may only add to current shortfalls and help to keep costs up across much of the country until a normal supply – demand balance can be found.

We estimate that beef packer gross margins climbed in the first six months of 2019. Between January and May, the price of cattle and calves fell 5.4% year-over-year while beef prices didn’t move. Margins could continue to increase if dry conditions lead to feed shortages that prompt producers to liquidate herds. On the downside however, the recent Chinese suspension of Canadian beef and pork exports has put a damper on the profitability outlook in a year that might otherwise have seen good growth in export demand for red meats.

Beef exports to China represent a relatively small share of total Canadian beef exports but our export volumes saw enviable growth (400%) there between January and April compared to the same period in 2018. Export values grew by almost 350% in the same period.

As for pork, it’s possible that the African Swine Fever (ASF)-led growth in global demand will still improve Canadian processing margins. Between January and June, the sector’s trade to China was a definite bright spot: by May, Canadian pork export volumes and values had both increased significantly year-over-year. Volumes grew 53% to represent over 20% of Canadian pork exports. Our export values increased 80% in the same timeframe.

Pork packers’ margins would be exposed to downside risk if they lose long-term access to such an important market, but demand for Canadian pork and beef products is expected to remain strong. ASF will likely continue to pressure global protein supplies. The eventual impact to Canadian pork and beef processors will depend on the strength of other Asian export markets and the value of our currency.

Poultry processing has recorded a mixed performance to date. Statistics Canada reports that average monthly sales for the sector have been lower in the first few months of 2019 relative to 2018. Prices received for poultry products have climbed 2.4% between January and May 2018 and the same period in 2019, but the cost of live poultry has climbed faster over the same period. Consumption trends will continue to support the sector throughout 2019.

Bakeries’ margins were pressured at the start of 2019. The price of wheat paid by manufacturers increased 1.2% while prices received for several bread products fell 0.4% on average over the first five months relative to the same period in 2018.

The Canadian non-durum wheat supply rose slightly year-over-year during the 2018-19 marketing year (MY), but domestic processors were competing with strong global markets for those supplies. With Canada’s exports forecast to rise by 8%, our carry-out stocks are forecast to fall 17% over the 2018-19 MY. Those carry-out levels are the lowest since 2007-08 and reflect a trend across global (non-U.S.) inventories. Agriculture and Agri-Food Canada (AAFC) forecasts average producer prices this MY to rise as a result.

Looking ahead to the 2019-20 MY, the area seeded to wheat in many major producers, including Canada, is expected to increase, pushing up estimates of global production, supply and carry-out stocks. Facing more competition from other exporters, Canadian carry-out stocks are forecast to increase 46%. Average Canadian wheat prices should fall.

Total revenues from sales of Canadian bread products have been trending up over the last five years. Between 2014 and 2018, average annual sales grew 5.5%. 2019 appears headed for higher growth. Average monthly sales between January and April 2019 were 15.3% higher than year ago levels.

For updates on canola crush margins, read Canola pricing resilient amid weaker demand for oilseeds and Canola meal, oil and seed: a look at profitability across the supply chain.