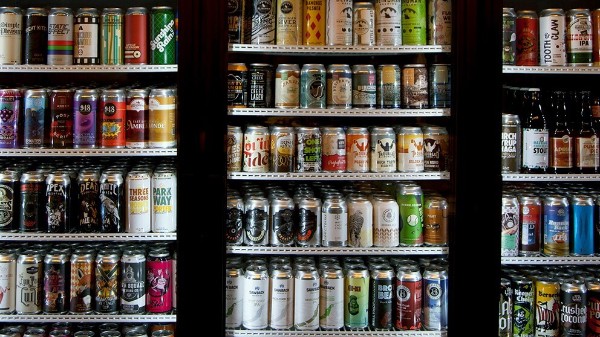 Welcome to the first of a 4-part series about the economics of Alberta’s craft beer supply chain. Pre-pandemic, it was one of Canada’s fastest-growing beer sectors - a market driven by consumer demand.

The question is whether that demand is enough to support growth in good times and survival during a global pandemic.

This post explores the history that has catapulted the consumer into the driver’s seat of the movement energizing global beer markets.

When Jessica Shumlich and Dan Anderson married in 2012 near Vulcan, Alberta, they offered their guests a selection of craft beers from Wild Rose Brewery. For the young couple, it was a way to make a special day better while supporting a favourite business in the province’s emerging microbrewery sector.

“We love beer,” Jessica said. “And we wanted to source as locally as we could. Our local small craft brewery was Wild Rose, and we were so excited that we could buy the kegs from the owners.”

In 2012, the young couple had the choice of 14 craft brewers in Alberta. If they’d married eight years later, they would have had 128 brewers to choose from.

At the time, Alberta’s craft beer scene was catching up. Canada’s 10 micro/ craft breweries in the 1980s had grown to 242 breweries in 2012. Alberta’s craft beer expansion had lagged other provinces until the 2013 repeal of regulations restricting craft production. But it’s clear now that whatever Alberta craft lacked in history, it has made up for in energy, soul and selection. 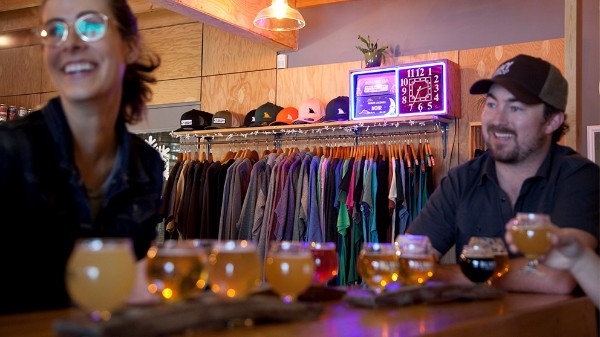 The suds once associated with Europe’s working classes now enjoy enviable market credibility in Alberta. That’s true across Canada too, where beer is, by far, our choice of alcohol.

In 2019-20 (most recent data), Canadian beer sales accounted for 69.7% of Canada’s total alcohol sales by volume and 38.1% of total alcohol sales by value. Canadians have consumed more beer by volume and value than wine, spirits and coolers overall for decades. Craft is still relatively small in the beer market, with about 10% of total sales. But its recent growth has attracted interest in a market that is, famously, otherwise declining.

Canadian total beer consumption has shrunk 11% since 2008. It fell 1.4% year-over-year in the 2019-20 marketing year. In the same period, the number of breweries rose an impressive 8%. That growth is attributed solely to craft breweries.

Consumer demand has driven that growth.

Meet the consumers at the heart of it all

Blindman Brewing in Lacombe, Alberta, opened in 2016. That year, Hans Doef and his partners joined six others in an expansion that brought Alberta’s craft breweries to 31. As of 2019, the brewery was one of Alberta’s top 10 largest breweries by volume. It has also managed to regularly expand business operations. 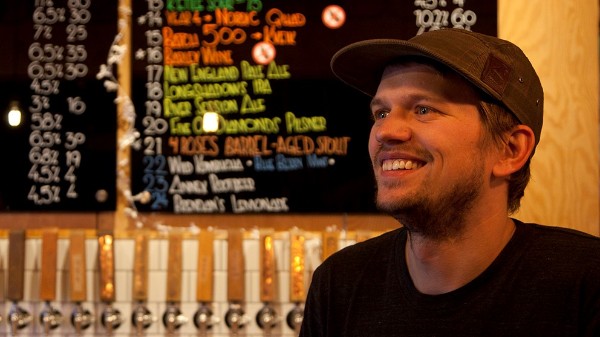 Serving up some of the best: Hans Doef greets customers at Blindman Brewing in Lacombe, AB.

Jessica and Dan went there for the first time in November 2019. “I was excited to go to a brewery I've never been before,” Jessica said, “because every place has its own characteristics and feel. It's cool. You feel at home and welcome when you go to these sorts of places.”

All craft lovers echo this sentiment. They seek out new brew masters and their origin stories, with brewers’ roots cemented in local traditions and communities. Visiting the site where the beer is made is a pilgrimage of sorts.

Big Beer, producing a similar product marketed under different brands, is an undifferentiated product “pushed” from very few suppliers to millions of consumers worldwide. Consumers have no direct connections with these brewers, no real say in what is brewed or how. They’re encouraged to visit Big Beer’s massive production sites, but it’s a far cry from enjoying a pint elbow-to-elbow with its maker. At local pubs and taprooms, each buyer has a direct line of sight to those in charge of production. For Dan and Jessica, drinking craft means their preferences and opinions are acknowledged.

“When you visit a place that's smaller and more intimate,” Jessica said, “you get to know the people behind it. Our local brewer will say to me, “I'm trying these new hops. Or “Have you tried this new beer we just got on tap yesterday?” He's asking for your opinion, and you feel part of it,” she said.

That’s how consumers “pull” from retailers and brewers, the product attributes and characteristics they want to buy. The demand for highly differentiated products – craft beer’s hallmark – can command premiums for each beer’s unique characteristics.

How push and pull works

In economic terms, a push (supplier-driven) supply chain emphasizes the role of businesses located upstream. Think of Big Beer or Big Oil. It assumes a long view of demand based on historical sales patterns. When demand varies from the forecast producing periods of over-supply or surplus demand, prices bring about balance. There’s often a focus on exploiting economies of scale. The market structure limits the number of entrants who can compete on costs while producing the same output.

In a pull (demand-driven) market like craft beer, every level of the supply chain works backwards from the consumer. It relies on systems and relationships in which producers can sense real-time demand. Sharing information quickly across a network of customers, suppliers and employees, the chain allows for immediate production responses to consumer preferences. It assumes a short-term demand forecast. For that reason, both production and inventories are much smaller than those found in supply-driven chains. The focus is on the whole customer experience. 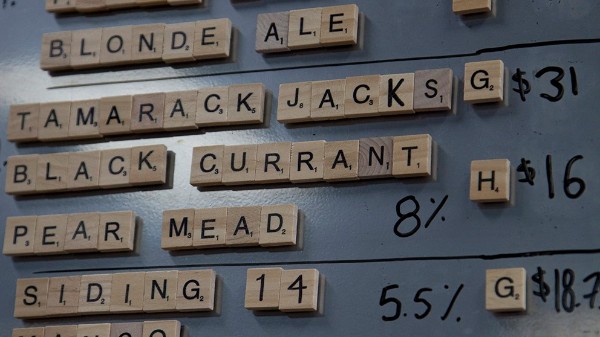 A selection of craft beers and mead available on tap for growler sales at LA Liquor in Lacombe, Alberta.

Globally, beer sales are dominated by Big Beer (true in Canada too). The shift from a dominant “push” model to craft’s current “pull” model has taken a remarkable string of coincidences, amazing discoveries in science and engineering, some hefty marketing genius and decades of dizzying levels of global consolidation. And it all started with yeast.

Brewing: A marriage of art and science

Beer’s advantage is its simplicity. Water, fermented grains and yeast, three readily available ingredients, are all that’s necessary. Add flavouring if you want an appealing taste.

But while it may be simple, it’s anything but easy to brew a consistently good beer. A brewer must offer customers beer that’s safe to drink, tasty and predictable to be commercially viable. Being able to buy and consume the same product bought before reduces purchaser risk, but that’s a relatively recent development in a product that’s thousands of years old.

The first beers closely resembled today’s ales. The richly coloured, strongly flavoured brews were made using a yeast fermentation process that acts quickly, a necessary form of production in an era lacking year-round refrigeration. The use of ale yeast forced brewers to bring the beer to market before it spoiled, as it worked only in warmer temperatures and was notoriously difficult to work with. Unless brewed by a master, beer production originally held highly uncertain outcomes.

That would all change by the early 1800s when scientists discovered a different kind of yeast that could produce alcohol more reliably. Traditional ales were fermented with the yeast rising to the top of the cask. The discovery of a bottom fermentation process was nothing short of revolutionary, allowing an entirely different family of beer to become commercially viable.

Bottom fermentation and the tanking of traditional ales

The new fermentation process was predictable, but it took much longer, during which time the beer had to stay cold. Very large, very expensive cold storage facilities became necessary. Europeans were already successfully using bottom fermentation in underground caves or during winter, but they couldn’t reliably produce it year-round. That all changed with the invention of refrigeration in 1876.

Bottom fermentation’s new beer was golden in colour and smooth in texture. With a different look and taste from the rich, strong ales of history, it was named “lager,” German for “storage”. Drinkers loved it and the status consuming it were thought to provide. The inventions of glass, glass bottles and cork-stops shortly after ushered in a new era of elegance and sophistication with a golden elixir that could, for the first time, be seen while enjoyed. Bottom fermentation had not only re-invented the ages-old beer production process. It had also paved the way for today’s massive beer markets – and arguably, the global supply and demand patterns of alcohol forever.

Lager for the masses

Europe continued to expand lager production throughout the first half of the 1900s, but much of its brewing infrastructure was destroyed in the first and second world wars. The period was, for that reason, an era of mergers and acquisitions with increasingly only the largest brewers able to afford the enormous costs of refrigeration and expanded facilities lager production required.

The consolidation seen in Europe began to show up in Canada when the Temperance Movement in the late 1870s and Prohibition in the U.S. (1920-1933) felled hundreds of brewers. In the U.S., the combination of both world wars and the 1930’s drought resulted in rations restricting the use of grains such as wheat and barley. Production of traditional beers slowed, and with a corresponding dip in their profits, many traditional brewers closed shop. In its place, lager production made with “adjuncts” or grains such as rice and corn ramped up.

As ale production declined, U.S. consumers were acquiring a taste for those adjunct beers that were lighter than lagers produced elsewhere with wheat and barley. The potential market growth wasn’t lost on the major brewing multinationals rapidly gaining global market share. Between 1947 and 1995, U.S. beer sales doubled, while the number of traditional brewers fell from 421 to 22. The top 5 brewers’ output grew from 19% of total production in 1947 to 87% in 2001.

The introduction of TV in the 1950s further cemented Big Beer‘s hold in North America. By the mid-1900s, the popularity of low-fat diets had made the new medium’s marketing of America’s famous “light” beer a cinch. Offering the benefits of mass marketing to anyone who could afford it, TV helped introduce Big Beer’s golden era.

By the 1970s, huge multinational brewers had on their hands a tasty, consistent product the world loved. Those brewers alone had the means to advertise cross-country just at the moment in history when their target audience was the largest it would ever be. The number of peak beer drinkers (males aged 18-44 born in the Baby Boom) itself peaked. A perfect storm of opportunity for the giants, it all but drove ales in North America and elsewhere into obscurity.

Until the 1980s, that is, when a critical mass of Canadian consumers found the means to buck the status quo by changing laws regulating production. The move to take beer out of mass production into their homes and then their small breweries would turn consumers from passive buyers into influential market players whose legacy reverberates across the Canadian prairies. Or at least it did so up to 2020.

The big question now is: While the move to a demand-driven sector of a hugely successful beer market has opened growth opportunities, will its unique elements be enough to stave off the damage wrought by COVID-19? 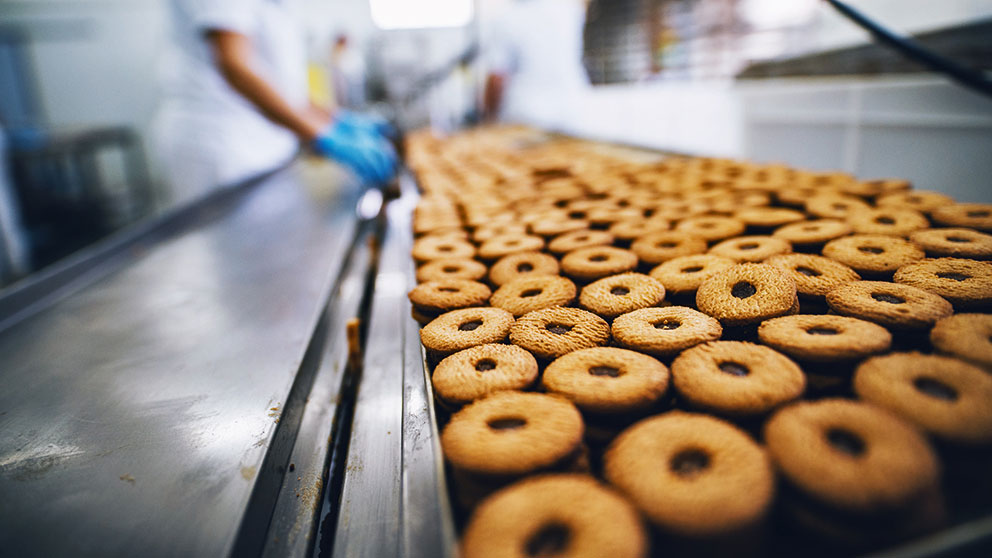