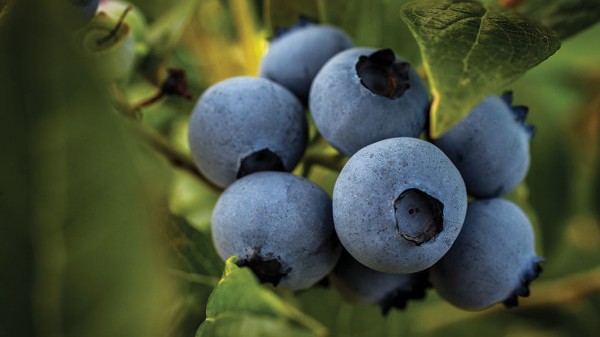 FCC Ag Economics is doing a mid-year check-in on our January 2019 Outlooks. Throughout July and August we’ve been updating our expectations about profitability across seven Canadian ag sectors (dairy, broilers, red meat, food processing, horticulture, agribusiness and grains, oilseeds and pulses). We’ll describe what’s happened in 2019 to date, and what you should monitor in the next six months.

Our January forecasts for blueberries, cranberries and maple syrup margins are tracking well. Higher labour costs and burdensome supplies will continue to challenge the blueberry and cranberry sectors, but sector responses to those challenges could brighten the remainder of the 2019 outlook. Maple production in 2019 should boost producers’ profits.

Canadian horticulture will wind 2019 down on a positive note, despite higher labour costs and burdensome supplies. Tweet this

Trends the horticulture sector should watch

Good weather and slowly eroding supplies have helped boost the blueberry outlook for the remainder of 2019. Expectations are for a good blueberry crop in B.C. overall with ideal berry growing conditions in B.C.’s late spring and early summer. Production should be higher than 2018, which failed to meet expectations based on the degree of the province’s crop maturity and an increase in the number of cultivated acres. Still, the value of highbush blueberries rose 13.8% to $177.4 million in 2018, as marketed production grew 10.3% and prices were up 3.1%. British Columbia accounted for 96% of the production.

Canadian domestic disappearance of fresh blueberries grew an impressive 12.7% in 2018, relative to 2017. That counters the expectation of a maturing market. However, with most Canadian blueberry production going to the U.S., supplies there influence the prices received here. U.S. supplies continue to run high, but inventory levels are falling. They’ve also likely declined in Canada, as inventories here move parallel with those in the U.S.

The average prices for 2019 blueberries are uncertain at this point in the year, but the seasonal downswing is apparent. We expect more pressure on prices this year, given expected increases in production volumes in both Canada and the U.S

As the world's largest producer and exporter of wild blueberries, Canadian exports continue to grow, worth an estimated $239 million reaching over 30 countries in 2018. Export growth could be boosted further if a recent initiative to promote exports is successful.

Although the total value of Canadian fruit production increased 6.1% in 2018 to $1.1 billion, mainly as a result of gains for blueberries and cranberries, prices for low bush blueberries remained below their five-year average. That was despite a gain of 35.7% in prices, which succeeded in driving the farmgate value up 13.3%. Prices in 2019 should climb as cold storage inventories decline.

U.S. cranberry production is forecast up 1.3% in 2019 over 2018 levels, a small increase that should help further reduce burdensome supplies that have lowered prices and challenged profitability recently. That follows a voluntary withdrawal of the crop from market in 2017 and 2018 to achieve a better supply-demand balance. Canadian cranberry production didn’t help reduce 2018 North American supplies after a good crop year resulted in year-over-year 41% production growth.

Canada’s farmgate value of cranberries grew 25.0% to $143.6 million in 2018, mainly as a result of growth in production. Quebec, which produced 64.3% of all cranberries in Canada, was largely responsible for the gain. Summer weather conditions for the 2019 cranberry crop were generally favourable, which, coupled with strong demand and stable prices, should sustain producers’ revenues. Organic production continues to grow. This is expected to increase supplies and result in slight downward pressures on organic cranberry prices.

Prices in the U.S. have also been held down due to numerous trade actions that restricted market access for U.S. cranberries, with some estimates of export losses exceeding US$32 million in the year since April 2018 when the initial retaliatory tariffs were invoked. Markets imposing tariffs of 10% to 55% include Canada, Mexico, EU and China. In May, the Trump administration offered assistance to U.S. farmers, cranberry producers included, whereby Market Facilitation payments (MFP) will be made based on 2019 acres. Producer sentiment suggests the worst is over however, as prices appear headed up.

After three years of growth between 2014 and 2017, Canadian maple syrup production tailed off in 2018. A difficult spring in Quebec, where typically about 90% of Canadian production occurs, helped to reduce overall domestic production by 21.7%. New Brunswick, the second-largest producing province, saw volumes decline by 37.7%. That hurt the sector: even with stable prices, overall gross farmgate values dropped 22% with the production declines. With an excellent 2019 production now being marketed, the sector looks to have revived hopes of much stronger profitability.

Quebec was able to stabilize prices by dipping into inventories that had swelled after two strong years of production growth in 2016 and 2017. Between 2015 and 2017, Canadian ending stocks grew a sobering 83.2%. The province’s 2019 production will likely boost those up again. Ontario production also appears to have yielded a good quality harvest with higher-than-average yields and some regions producing bumper crops. New Brunswick yields and quality suggest a crop that’s average to above average.

Canada’s unemployment rate was 5.7% in July 2019 (near the lowest level since 1976) and average hourly earnings grew at a staggering 4.5% annual pace, boosting disposable household income and supporting food demand. There’s a downside to those gains, however. Such labour shortages dampen the outlook by significantly raising costs of berry producers and fruit processors.

Our January forecast of positive margins for fruit processors has borne out so far in 2019. With faster increases in revenues than costs, the trend is expected to continue provided growing conditions steady the supply of raw fruits. An anticipated excellent harvest will help the processed blueberry market, which determines a lot of pricing in fresh blueberry markets.

Input costs for food processors rose 1.2% in the first five months of 2019, compared to the same period in 2018, while the prices processors received rose 3.9%. Labour costs are also expected to drag on profits. Between January and April, manufacturing wages rose 4.6% year-over-year. Sector growth in 2019 to date has been driven by strong year-over-year revenue growth of 5.8% between January and April.

Production growth in the U.S. of many categories of fruits (e.g., citrus, pear) has helped lower North American producer prices. Although weather-related declines in production for strawberries and apples have supported average producer prices this year, a stronger 2018-19 citrus harvest should keep input costs for Canadian processors low.

Fear of a global economic slowdown pauses rate hikes; loonie hovers around US$0.75

Interest rates and the value of the Canadian dollar have had an impact on the profitability of Canadian farm operations in the first half of 2019.

The Canadian economy recorded a 0.4% increase in real GDP in the first quarter of 2019, following a 2018 fourth-quarter 0.3% increase. The second-quarter GDP numbers should be encouraging. Yet, widespread expectations of slower economic growth has significantly changed the January outlook for interest rates. We don’t expect the Bank of Canada to lift its policy interest rate for the remainder of 2019, yet financial markets believe a rate cut is possible. This has pushed long-term interest rates lower, resulting in opportunities for businesses to lock in historically low long-term fixed rates.

Our January forecast of a US$0.75 loonie in 2019 was right on the money up to mid-June. We’re sticking to that forecast and will be monitoring interest rates and oil prices. The U.S. economy has shown some strength with a 3.2% increase in real GDP for the first quarter of 2019 and 2.2% growth in the second quarter. The U.S. Fed nevertheless proceeded to cut its policy rate to hedge against a possible future slowdown of the global economy. More rate cuts are possible before the end of the year. Lower U.S. rates could lift the loonie up slightly.