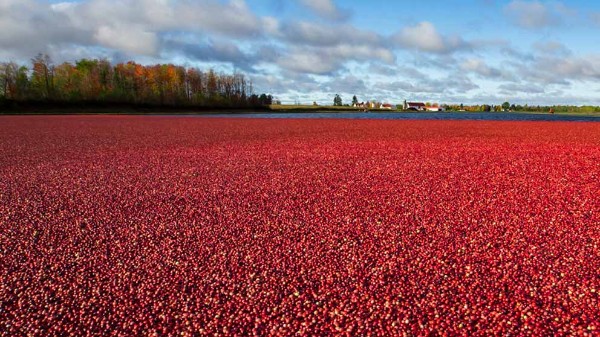 The cranberry industry has faced several challenges in the last decade, the most significant has been oversupply leading to price pressures for growers. Despite profitability challenges, Quebec cultivated acres climbed 79% between 2009 and 2019 (Figure 1). British Columbia accounted for 29% of the Canadian market with 5,257 acres in 2019, but lower than its 2009 market share at 45%. Ontario and Atlantic provinces round out cultivated acres in Canada. 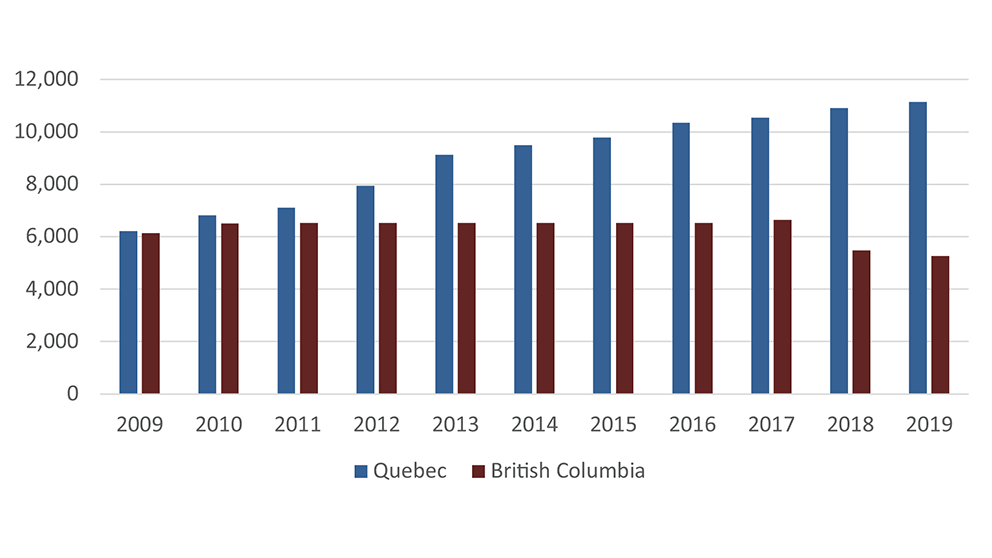 Demand and efficiency are the drivers of growth for the industry.

The 2019 Quebec cranberry harvest was the second best since 2010, with 255.8 million pounds (72.5 million pounds coming from organic production), even though the yield itself was only the fifth best since 2010. The increase in cultivated acres more than made up for any softer yields. Simultaneously, the production of organic cranberries in Quebec went from 785 acres to 3,944, more than 400% growth, making the province the global leader.

The Quebec climate provides more consistent production, and with colder winter months, the fields can be flooded, and the vines protected from extreme winter freeze. The ice-covered bogs also allow farmers to spread sand across the vines with no damage to the plants, thereby creating a stronger, healthier medium for the vines to grow.

The demand for organic dried cranberries is strong. A consensus among producers is the growth prospects are good, and acres are expected to increase year over year, but at a slower pace than what we’ve seen in the last decade.

The productive bogs in B.C. are challenged by the mild winters, which makes weed control a constant battle. The mild winters also prove to be a potential hardship should an extreme cold weather freeze occur and damage the crops. That’s what happened in 2019 when production declined by over 50%. However, when all conditions are favourable, B.C. produces a high-quality berry.

B.C. land prices are elevated, making the acquisition of land for new bog development hardly economically feasible. Existing fields have seen renovations to higher-yielding varieties which accounts for higher production, while B.C acres declined from 6,129 in 2009 to 5,257 in 2019, production increased 11%.

Cranberry acres in B.C. are not expected to increase, and the historical trend of renovating bogs to higher-yielding varieties is expected to slow to maintain current production levels.

Profitability remains fragile in the industry

Higher production in Canada outpaced demand, keeping the price to producers relatively low. Prices have hovered around an average of USD 0.30 – 0.35/lb since 2017 and projected to remain within this range in the next few years.

Organic production achieves a higher price of approximately USD 0.55/lb, but prices are down from previous years, slightly closing the gap between conventional and organic berries. The increase in organic acres seems to outpace demand. Historically, prices for organic production have been more stable than for conventional production.

Access to temporary foreign workers has been challenging during the COVID-19 pandemic, especially for organic production, given weeding. On the demand side, trends remain positive. Export values of frozen cranberries for the first five months of the year are 0.9% lower than the same period in 2019. This is a positive trend considering the smaller Canadian crop and the global recession. Consumers’ focus on freshness and health are positive trends for the industry.

We expect overall growth in Quebec to continue, partially due to the expansion into dried and organic markets. British Columbia’s growth is more limited, and the function of efficiency gains from developing new varieties resulting in strong and balanced supply.