Selling to the neighbours? How to set up a win-win farm sale 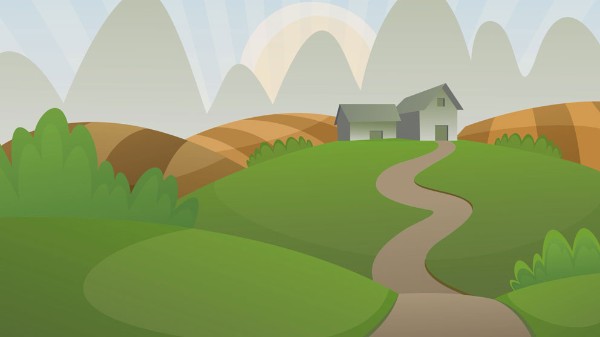 It is recommended you discuss your options with a qualified advisor.

The Clarks have had a great neighbour relationship with the Smiths next door. They share similar philosophies and agronomic practices. The Smiths are nearing retirement, and with no children interested in the farm, were planning on having an equipment auction and eventually sell or rent out most of their land.

A conversation with the Clarks, who had two children wanting to return to the farm, opened the possibility for the Smiths to sell them the entire land base and some of the equipment. The Clark family sat down and estimated the land’s value and were ready to approach the Smiths with a cash buyout offer and before they set up a meeting, they reached out to their accountant to let her know the plan. The advice was to wait and get her professional advice before initiating the offer. It turned out to be a good move.

The Clarks’ accountant met with the Smiths and learned that Mr. and Mrs. Smith were 50-50 shareholders in the farm company, Smith Farms Ltd. The value of the company shares was estimated to be $4 million, and this included equipment, vehicles and land assets owned by the company. The Smiths owned the home farm and farmhouse outside the company (personally), and it was valued at $1 million. The Smiths expressed an interest in staying in the home farm residence, if possible.

The accountant explained that rather than make a cash offer to buy the land and some of the equipment assets, it would be better for both families if the Clarks purchased all shares in Smith Farms Ltd. It would mean acquiring all the land, equipment and vehicles held in the company. The reason? Capital gains exemption (CGE).

The Smiths would not be able to access their capital gains exemption if they sold the company’s assets piecemeal, but if they sold all the company shares, they could claim CGE.

The Clarks and their accountant came up with the following proposal:

Both farmers believed in keeping things simple, and there was trust between them. But there was some tension when the Clarks disputed the value that Smith Farms had put on a five-year-old combine (they liked different paint colours). The Clarks were adamant that the combine be removed from the deal, but the accountant explained that this request would pose problems. The combine would need to be removed from the company on a taxable basis before the deal. For the deal to make sense, it was all or nothing.

With this issue resolved, the Clarks submitted their offer to buy all the shares in Smith Farms Ltd. But when the Smith family saw the official offer, they were unhappy with the $3.2 million offer when the valuation at fair market value was at least $4 million.

They soon learned, however, that the offer accounted for the capital gains exemption. By buying all the shares in Smith Farms, the Clarks would be taking on significant deferred tax liability. The Smiths would be getting out from under this tax liability and get a net payout higher than if they sold the assets without access to the CGE. If they could agree on the price, it could be a win for both parties. The Smiths asked their accountant to crunch the numbers, and they came around to the potential for the deal to make sense for them even though the buyout price was lower than the fair market value if the assets were sold separately.

As the Clarks started to get excited about the possibility that the deal would work and they’d farm the land this spring, they hit another roadblock. The Smiths’ accountant discovered they would not be able to sell the company’s shares and access their CGE because they had retained non-farm investments within the company. The CGE benefit applies to qualified farm companies. To ensure qualified farm status, at least 90% of the value of assets held in the company must be used in farming.

Over the years, the Smiths had sold some farm assets. Instead of removing the proceeds totalling more than $500,000 from the company, they had converted the money to non-farm investments with a wealth management company. They were unaware this put them offside the qualified farm company rules.

It wasn’t a deal-breaker, but it did slow the process. The Smiths had to work through this scenario to regain qualified farm status for Smith Farms Ltd., and there were some tax implications. The proper approach and plan should have been to place the non-farm investments in a holding company ahead of any potential sale discussions. This would have allowed them to potentially draw on the funds personally over time at a lower marginal tax rate.

The two families eventually agreed on a buyout price. And Smith Farms regained qualified farm status, allowing the deal to be finalized in time for the Clarks to take over the land for the upcoming growing season. The neighbour relationship was retained, and the Smiths looked forward to helping the Clarks if they needed an extra tractor or combine driver.

Managing liquidity: Why you should save for a rainy day

For many farmers, the past couple of years have been challenging. There’s nothing like cash — safe in the bank or close at hand — to get you through.