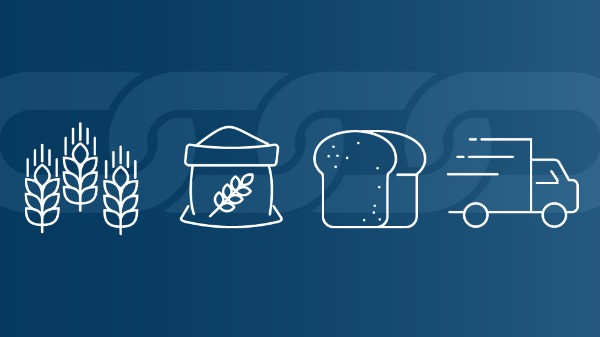 Value chain is an increasingly familiar term as the consumers of agriculture and agri-food become more aware of its role in getting food from the farm to the table.

As an active part of the value chain, it’s important to understand the multiple levels of the process, says Martin Gooch, CEO of Value Chain Management International, an Ontario-based business focused on helping businesses develop closer strategic relationships with customers and suppliers.

A value chain works towards the common goal of delivering what the customer wants.

A value chain – from production, processing and delivery to distribution, marketing and retailing – works towards the common goal of delivering what the customer wants. And connecting to the value chain can be straightforward, Gooch says.

Start with the customer

“Start by going to the customer and ask them what their problems are,” Gooch says. “And ask how you can help solve them.” He adds the focus of a successful chain is in identifying quality and value for customers.

Simon Somogyi, the Arrell Food Institute Chair of Business of Food at the University of Guelph, says going to customers has a literal meaning – visiting them onsite, at their place of business, where they process, sell or market the raw commodities.

“The way you connect with others in the value chain is to go out and talk to your buyers,” he says. “Make an appointment to meet in person at their business and see what they see, understand what they want or need in a seller like you, and understand their problems. Show interest in where your product goes.”

For example, he suggests grain farmers visit bakeries to see harvests being turned into end products and witness whatever problems the bakeries are experiencing that relate to the supplier, or see the successes they’re enjoying.

He also suggests farmers visit with each other to discuss vertical integration – that is, working together to create their own value chain. That helps manage risk and adds value to themselves and their commodities.

“It’s a way of taking back some of the margin given to other members in their value chain,” he says.

Gooch explains that when building relationships, the key is to work with those who share similar work attitudes and can create solid professional relationships.

“Look for those who have the same attitude as you,” Gooch says. They’re visionary, look to solutions and don’t get hung up on challenges or the problems. They’re not just focused on criticizing the status quo or complaining. These are the types of people to partner with.”

Strengthening connections within the value chain can be as simple, Gooch explains, as asking questions to others along the chain. Ask about the challenges they regularly face, how those problems can be solved and see how differentiation is possible.

He points out that each commodity has a value chain – some are short, like horticulture, and some are much longer, like a bakery. Gooch says benefits along a shorter value chain are more easily identified and involve fewer steps to change since fewer businesses are involved.

Meanwhile, the value chain for a bakery, with multiple steps to get the grain from the field to the kitchen table, has more dynamic factors and more players. It can take longer to resolve matters that may require change and then see a return on investment.

Lead and champion the value chain

Once the elements of the chain are in place, Gooch says someone needs to step into the leadership role.

“Someone has to make it happen, be the champion and get people involved,” he says.

Taking the lead to better connect through the value chain has many forms, and it pays off. For example, Gooch recounts the case of an Ontario fresh produce producer who added value for his processor by actively promoting the processor’s products to retail buyers. The producer consistently talked up his buyer’s line of products to other potential customers too.

Gooch notes another example, in Manitoba, where a grain producer striving to become more immersed in his value chain made a point of taking the local grain elevator manager out to dinner twice a year.

“They connect and talk about the elevator manager’s problems,” Gooch says. The gesture shows the producer cares, and this has regularly led to opportune sales.”

He also notes how a blueberry producer in Nova Scotia connected with a retailer and consumers in his value chain by spending three consecutive Saturdays in a grocery store, talking to consumers about his product.

“He had meaningful conversations, was prepared to listen and came away from the experience saying he learned more in those three days about consumers than he had ever done previously,” says Gooch.

A value chain is about establishing meaningful, long-term relationships between like-minded people to move product from the farmer to the consumer. Experts say strengthening a value chain means visiting players who are part of the process and creating connections.