Building a solid agenda is key to productive farm meetings 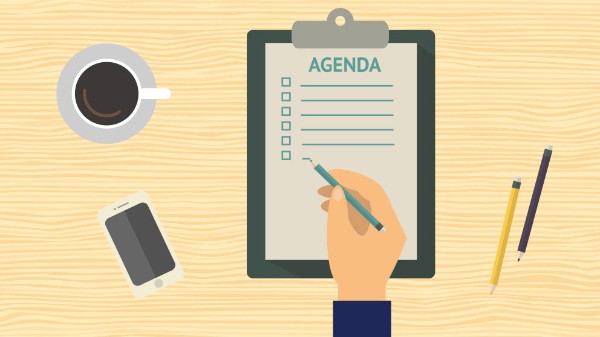 Meetings within an operation can play a critical role in effective communication and long-term success of a farm business.

Setting a meeting time and notifying family and staff of the broad topics to be discussed is important, however, building an agenda and keeping the meeting on track are also critical to running a successful meeting.

The perfect agenda for any farm meeting is one of collaboration, experts say. It reflects who is at that meeting and what their responsibilities are. It should be a document containing issues raised by everyone who works at the farm, as well as the consultants.

Christine Legein is the CEO of Ontario-based Bossy Nagy Group and helps farms she works with build agendas for meetings. She says everyone has input on the agenda as it’s the best way to ensure everyone feels involved in the decision-making process.

She says they usually follow a pretty simple process, including progress updates on tasks and any other business.

Kelly Dobson is the President of LeaderShift Inc. in Manitoba. He says when gauging whether meeting agendas are effective, there should always be one key question asked.

He adds this is also key in determining if enough meetings are being held.

He points out agendas change depending on who the meeting is with. One-on-one sessions tend to be focused. Staff meetings are broader, Sherman explains.

“I kind of don’t mind that veering a little bit because that offers more input,” Sherman says. “Everybody’s comfortable if they want to bring something up and talk about it. We have the time.”

Decision-making during meetings is pointless if nothing is done afterward. That’s why it’s essential to follow-up on actionable items.

Decision-making during meetings is pointless if nothing is done afterward. That’s why it’s essential to follow-up on actionable items.

Dobson says follow-up needs to be sooner rather than later and should include everyone, noting there’s often learning involved for carry-through of a decision, or discussion is needed.

“It’s important to take the time to make sure everybody be included in that conversation,” Dobson says.

Farm business meetings are critical for building communications and long-term success of operations. Experts recommend building an agenda based on input from staff, ensuring everyone is informed and following-up on actionable items at the next meeting.