How blockchain can increase food safety 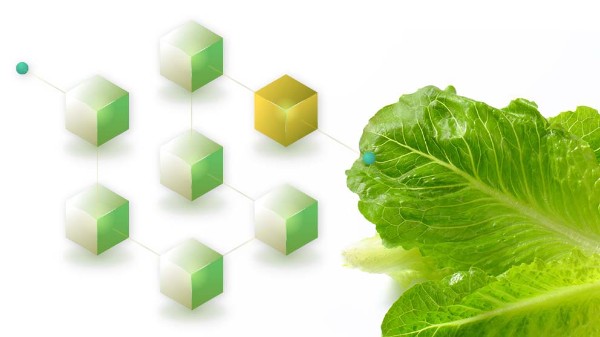 Blockchain tracing of agricultural products through the supply chain moved from theory to reality last fall with a news release from Walmart. The retail giant announced that suppliers of fresh leafy greens will have to trace their products using blockchain technology.

The main reason is food safety. A fast way to trace the source of problems is needed.

In early 2018, many American consumers and grocers were forced to throw away large amounts of romaine lettuce when an E.coli contamination spread. Consumers were advised to avoid eating lettuce grown in Yuma, Arizona.

“But it was difficult for consumers to know how to determine where their lettuce was grown,” Frank Yiannas, vice-president of food safety at Walmart, said in the news release.

“None of the bags of salad had ‘Yuma, Arizona,’ on them,” he said. “In the future, using the technology we’re requiring, a customer could potentially scan a bag of salad and know with certainty where it came from.”

In late 2018, there was another food safety issue involving romaine lettuce that resulted in large amounts of discarded produce in both the U.S. and Canada.

So what is blockchain technology? Simply put, it’s a system of transparent record-keeping. When a piece of permissioned information, or block, gets entered into the chain, other computers are notified. Falsifying information is very difficult because any change in information is open for all to see.

Walmart has been working with IBM to digitize a system whereby information from the farm all the way through the various supply chain steps is captured with a handheld system. Rather than taking a week to track the source of a problem, it may only take seconds.

Many other big-name players in the food industry are also working with IBM including Nestle, Unilever and Tyson Foods.

When people hear the term blockchain, they sometimes relate it to the now famous – or infamous – Bitcoin. However, blockchain doesn’t require the use of a cryptocurrency.

In addition to food safety, blockchain has the potential to reduce food fraud. Was that food product really produced organically? Is beef really the only meat in that hamburger? With blockchain, the guarantees can stretch from farm to fork.

New technology can evolve quickly, and the world of big data continues to be in flux, making it difficult to determine the scope and depth of blockchain applications in the years ahead. Companies that are vertically integrated from farm to retail will face the easiest conversions. It will be more complicated for companies operating through multiple contracts with independent growers.

However, with the need for immediate food traceability and the desire by consumers to know more about their food, digital technology platforms are an obvious answer.

From an AgriSuccess article by Kevin Hursh.

Starting a farm with sound advice

When Jeremy leaves his city job, he depends on expert advice to learn how to start a farm of his own – and be successful. Learn more in this BDO fictional case study.