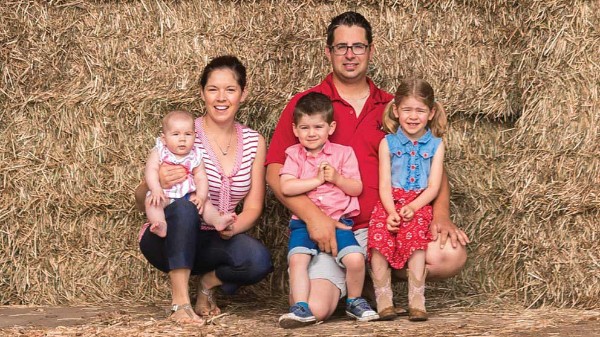 “I can go into any barn and, in one glance, pick out the best cows,” Pier-Luc Massicotte admits. It’s true the 28-year-old has a keen eye: heifer sales from a $4,200 cow in his herd have earned him some $250,000. His passion for genetics started in 2009, and today he manages an elite herd of 118 lactating cows that produce an average 12,400 kilograms per cow – one-third higher than the national average.

When we met at the office of Massicotte Holstein in Champlain, Que., a small village situated on the north shore of the St. Lawrence, Pier-Luc described his passion for genetics and farming as his father, Roger Massicotte – former President of Holstein Quebec – stood by, beaming with pride.

“My two younger brothers told me there was no room for Pier-Luc, unless I gave him my share. I stood up … I was abandoning ship.”

Due to recent growth in the Canadian dairy market and quota availability, the demand for good cows is growing rapidly. Stock sales represent 30 per cent of the income for the young father–son company that was born when Roger split from the parent company, Ferme Paul Massicotte & Fils and its subsidiary, Massibec.

Business has been part of the Massicotte DNA since they settled in the region five generations ago. Pier-Luc’s grandfather and Roger’s dad, Paul Massicotte, founded the farm in 1984, bringing together his four sons and their families. The farm diversified so that 70% of revenues are generated by food production and processing items like coleslaw and homemade pies that are sold in the province’s supermarkets. But with the next generation looking to join the business, they had to find ways to make succession part of their plans.

Pier-Luc had been groomed for this from the cradle. In 2008, at age 19, he completed a dairy production diploma (DVS) at the École d’agriculture de Nicolet. Then, to gain experience, the young man left home to work for nine months at Morsan Farms, a 1,500-cow operation in Alberta. However, in spring 2009, when Roger presented to the board of directors the idea of integrating Pier-Luc into the family farm, their reaction was like a slap in his face.

“My two younger brothers told me there was no room for Pier-Luc, unless I gave him my share. I stood up … I was abandoning ship,” recounts Roger, emotion clearly showing in his voice.

Making a place for the next generation

The Massicotte family share their approach to having a balanced, successful transition plan.

At 46, Roger decided to start over, taking a gamble on his experience and his son’s youthful energy and enthusiasm.

At the time, the new venture – Massicotte Holstein Inc. – was just a name on paper. He needed quota, animals, land, a barn and construction permits. And he wanted to have it up and running by early 2010. Meanwhile, the negotiations around separating from the parent company were proving difficult and painful.

In the end, Roger received compensation for 20% of his shares: 25 cows, 24 heifers, 27 kilograms of butterfat quota and a portion of the 100 hectares of land situated less than a kilometre from the original business.

No margin for error

“I had assets of $1 million, and requested $3.5 million to finance my business plan,” Roger says. The plan outlined the decision to invest in production assets: quota and land only, as the land area did not justify investing in machinery. All the work – sowing, spreading manure, harvesting – would have to be contracted out, including hay to feed the cows.

“Two out of three banking institutions laughed at us - Farm Credit Canada had faith in us,” says Maryse Carre, Pier- Luc’s mother. With financing in hand, father and son visited a dozen or so farmers in the province to purchase cows and form their new herd. “That was the best part of this entire process,” Pier-Luc says.

The cows would be housed in a tie stall barn instead of free stalls – free stalls cost twice as much due to the required investments in automated milking systems. Investing in a costly total mixed ration system was not on the table either.

The Massicottes prefer distributing hay by hand from large square bales and using a small automated system to distribute feed. “The machinery that gets the most use around here consists of two forks,” Maryse says.

A high debt to production ratio left no margin for error. Fast-forward seven years, and that ratio has been lowered. Since then, they have acquired 80 kilograms of quota, 50 cows, 80 heifers, 15 hectares of land, and built a building for the animals. Two other projects are currently on the table, say the Massicottes: doubling the capacity of the existing barn and buying another farm. The secret to their success? Produce as much milk as possible while keeping production cost as low as possible.

In Roger’s eyes, refusing to integrate Pier-Luc into the family business broke an unwritten family rule that the daily management is done based on the understanding that the business will be passed down from generation to generation.

“Had I known thirty years ago how the story would unfold, my strategy would have been different,” he says. With Roger’s recent appointment as vice-president of Agropur, the third-largest dairy processor in Canada with nearly $6 billion in sales in 2016, he has increasingly less time to oversee the company. Yet he knows it’s in good hands – and the two are already strategizing how to bring Pier-Luc’s son Thomas on board, believing he already shows that same entrepreneurial spark.

Massicotte Holstein Inc. is continuing to grow. The operation now has 220 kilograms of quota. The old tie-stall barn plus a new free-stall barn house a total herd of 360 head, half of them milkers. The Massicottes have brought in workers from Guatemala to help with labour. As well, the family has continued its plans to make sure the next generation is engaged by branching out into growing asparagus, planting 25 acres for the first time last year. “We wanted to try something new to keep some of our family members interested,” Roger says. “It’s much different than milking cows.”

From an AgriSuccess update by Owen Roberts.

Is the next generation ready to take over the farm?

Transferring the farm to the next generation can be emotionally and logistically complex for everyone involved. A transition planning expert offers advice for making it easier.

Find resources and tools for any stage of the planning process.