If you want a successful farm transition plan, start the process early 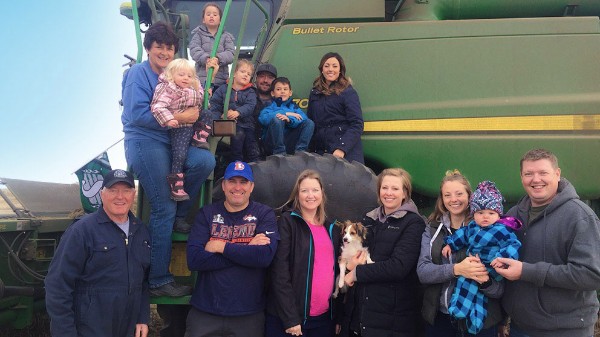 Even though Michael Ferguson and his wife Regan are a young couple with young children, they’re already looking at their transition path.

Ferguson and FCC Transition Specialist Patti Durant recently spoke about the transition experience during an episode of the FCC Knowledge Podcast: Talking Farm and Food.

The family wanted to start the transition process early so they could be well prepared. Three things they needed to consider were tax implications, life insurance and having a will.

“The rates are changing as you get older and having somewhat of a plan for your own transition or succession is key,” Ferguson says. “Having wills in place is key because you never know what tomorrow is going to bring.”

A successful transition requires a lot of time, Ferguson points out.

When the process started with his parents, Bill and Mary, who are still involved in Wilmar Farms in northeast Saskatchewan, Ferguson assumed plans would be completed within two years.

They’re now over eight years into the process, and he estimates succession is only about 70% complete.

Ferguson’s eyes were opened when the family sat down with an external advisor at the kitchen table for the first time.

“There are a lot of questions, to be honest, that we weren’t prepared for, we hadn’t thought about, hadn’t talked about,” Ferguson says.

It turned out his and his parents’ answers didn’t quite jive.

“It was kind of a shock of reality where we thought we were all on the same page, and then it turned out we really weren’t,” Ferguson recalls.

I had these great expectations ... and I was kind of disappointed — frustrated — when those expectations didn't meet.

If he could do it over, he would manage his expectations differently.

“In my head, I had these great expectations that were going to happen, and I was kind of disappointed — frustrated — when those expectations didn’t meet. But at the same time, other people had different expectations,” Ferguson says.

He explains that gaining a better understanding of how others, like his parents, saw the process would have improved communication, and helped with the hard conversations that they had as a family.

Be patient, he says, remember that a plan comes together in pieces and not all at the same time, and stick with the important process. “It’s crucial to your long-term success.”

Listen to the Fergusons’ transition story and hear words of advice and guidance from the transition specialist in the FCC Knowledge Podcast: Talking Farm and Food.

Transferring farm machinery and equipment during transition? Here are two options to consider

What you and your family need to consider to successfully transfer equipment in a farm transition.