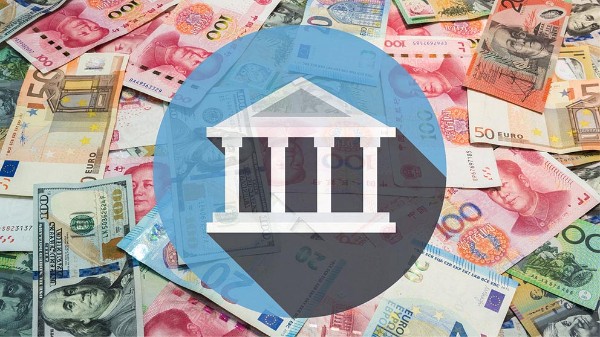 Given the number of impacts from far-off sources likely to be felt here at home in 2018, we’ve made The World our number one trend to watch.

The global economic environment will support agriculture and agri-food in 2018, although there’ll be some rough spots along the way.

Global GDP is forecast to grow 3.7% with the U.S. and other advanced economies leading that growth. That stability will help to withstand some of the uncertainty global markets will face this year. From the renegotiation of NAFTA to the massive market influence of China, the world plays a huge role in Canadian agriculture and food processing profits.

The Canadian dollar is expected to be higher in 2018 than it was in 2017, though still low enough to support profit margins. It should average US$0.78, assuming West Texas Intermediate (WTI) crude oil prices trade in the US$55 per barrel range and interest rates in Canada and the U.S. follow similar patterns. A low CAD benefits the livestock and crops sectors.

While many developed economies’ central banks have been unable to lift inflation to-date, currencies among Canada’s major trade partners (the U.S., Japan, and Europe) are expected to strengthen in 2018.

Growth in developing nations is expected to also lift spending on imports of commodities and food. Oil-importing countries have boosted economic output as oil prices declined, but with the worst of that likely in the past, oil-exporting countries are now also expected to grow. That growth, along with additional income means consumers in emerging markets buy more food.

China is expected to show 6.5% growth in GDP, and India will reach 7.4% GDP growth in 2018. Each will impact Canadian production in the year to come. India’s late-2017 introduction of a 50% import duty on Canadian pea exports could shift Canadian acres, with potential price impacts cascading down to other crops. Chinese consumption of animal-based proteins continues to grow at a pace that requires them to import which, in 2018, could total 2.5 million tons—with much coming from non-U.S. sources.

Income/wage growth in the U.S. - Canada’s largest export market for agriculture and food - is expected to continue to boost consumer spending there.

The relatively low loonie should make Canadian exports competitive in 2018. But the big trade story in 2018 will come from geopolitical affairs and the agreements they produce.

A renegotiated North American Free Trade Agreement (NAFTA) will have long reaching implications, well beyond trade taxes and market access rules applied to Canadian exports and imports. It could also alter existing dispute settlement procedures and has the potential to shift the value of the Canadian dollar. Changes in any of these could impact prices of ag commodities in Canada.

Elsewhere, the Comprehensive Economic and Trade Agreement (CETA) will give Canadian producers greater access to Europe’s massive market while a revived Comprehensive and Progressive Agreement for Trans-Pacific Partnership (formerly the TPP11) has the potential to give access to Japan, a mature market, and several other emerging markets.

The world is a big place, but it might take on even greater significance to Canadian agriculture and food processors in 2018. Global market forces will shape prices producers receive, and ultimately, farm cash receipts. Those forces have the potential to create a bumpy ride this year, but the health of the Canadian sector should be strong enough to hold tight.