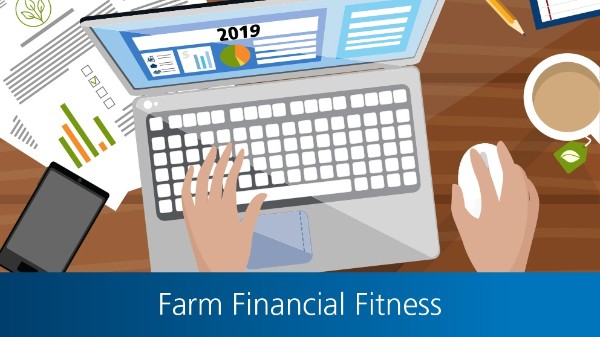 What a difference a year makes. Borrowing costs climbed in 2018 from their historic lows. Farm cash receipts flattened nationally over the same period. Over the next four weeks, FCC Economics will make sense of these evolving financials and more in our March series. Check back weekly to see where Canadian ag is going – and how key financial tools can help you stay ahead of the game.

Canada’s farm economy levelled off in 2018, so what’s ahead for farm income statements?

We estimate Canadian farm cash receipts totalled C$61.4 billion in 2018. That’s a year-over-year decline of less than 1.0%, partially explained by a drop of roughly 3.4% in livestock and animal product prices and flat crop prices. We also estimate farm operating expenses to have climbed in the first nine months of 2018: the farm input price index for crops grew 3.0% while the animal production index increased 3.8%. We expect farm net cash income (revenues minus operating expenses) declined in 2018, possibly to a level lower than the 2013-2017 average of C$14.0 billion.

Looking ahead, Canadian agriculture revenues should climb 2.0% this year. Continued strength in global demand for Canadian exports and a Canadian dollar averaging US$0.75 will drive those revenues.

However, profitability will face some pressure. For one thing, the global supply of agricultural commodities will likely climb faster than demand for many of the commodities Canada produces. That may hit prices. As well, prices of key crop inputs have, as of February, already climbed slightly from their 2018 average. Total operating expenses should also increase in 2019. However, the U.S. oil price benchmark, expected to average around US$55 per barrel this year, will help slow their pace of increase below the most recent five-year average. Given these estimates, we expect a bottom line in 2019 that will roughly equal the 2013-2017 average.

Knowing this can help you anticipate the changes you may see in your income statement and identify efficiency gains to protect profitability in 2019.

The upward trend in Canadian land values continued in 2018 with an estimated 5% average increase*. Recent growth in land prices, increased borrowing costs and limited gains in farm income explain why the pace of increase may be slower than previous years. We project a 3% average increase in farmland values in Canada in 2019, in line with average annual productivity gains in both crops and livestock sectors.

Our estimated growth in 2018 farm asset values and those we anticipate will arise in 2019 helped push FCC’s farm debt projections slightly upward for both years. We expect soon-to-be-released data will show farm debt outstanding grew at least 5% in 2018. We expect it to grow a further 4% in 2019.

Canadian farms will also likely record higher borrowing costs in 2019, although the Bank of Canada may delay lifting its key interest rate until the second half of 2019. Interest rates have been climbing since 2017.

Despite the expected 3% growth in assets and 4% growth in liabilities, net worth (owners’ equity, or assets minus liabilities) across Canadian agriculture is still expected to climb. That’s because Canadian agriculture’s asset values have been stronger than liabilities; the growth in liabilities, while higher, won’t be enough to curtail growth in overall net worth. That speaks directly to the sector’s resiliency and optimism.  Canadian farm equity has continued to grow despite softer commodity prices, thanks in part to the buffering effect of the loonie on overall revenues.

In the weeks ahead, we’ll dig more into what these numbers may mean for your operation. We’ll examine the current ratio, the debt service coverage ratio, the operating expense ratio and the debt to equity ratio: four financial ratios that help explain Canadian agriculture’s evolving finances. Check back often!

Are you comfortable using financial statements to better manage your operation? A good place to start is by visiting your accountant or an FCC Relationship Manager.