2018 in review: A month-by-month look at the things that mattered to Canadian agriculture 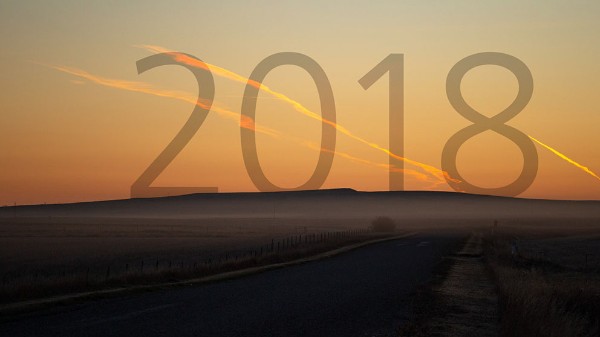 One word sums up 2018, and that word is volatility. I hope you braced yourself for the ride that was 2018.

January: How did we fare on our 2018 projections?

In January 2018, we published our annual projections for oil and fertilizer prices, the loonie and interest rates. We nailed two out of the three.

Impact on Canadian agriculture: None. Note to selves: review 2019 projections for the world economy.

The Protein Industries Supercluster, launched February 22, aims to make Canada a leading supplier of plant proteins to the world. We’re well on the way: in 2017, Canada was the world’s largest exporter of pulses and the sector has enjoyed 4.5% average annual production growth since 2008. Of course, 2018 was also the year when pulses faced significant headwinds after the introduction of taxes on Canadian exports to India in 2017. But the long-term outlook remains bright.

The OECD index of U.S. consumer confidence reached a record high in March, suggesting economic conditions there would likely improve throughout the year. And it happened: the second- and third-quarter annualized GDP gains of 4.2% and 3.5% respectively easily surpassed the more modest 2.2% in the first three months of the year.

As of December 2018, the U.S. economy continued to grow in its second-longest economic expansion. While the pace should slow, this expansion still has some legs for 2019.

Impact on Canadian agriculture: Positive. It’s always a good thing when our largest buyer has more money to spend.

The FCC Farmland Value report showed an average 8.4% gain in Canadian values in 2017. Several factors helped explain that increase, which bucked a three-year trend of slowing growth in the average price of farmland.

Most sales contributing to the increase happened before July 2017. Interest rates rose in the last six months of the year, cooling the land market. It was also a year of playing catch-up: many regions recording stronger growth in 2017 had experienced a more moderate pace of increase previously.

Until May, any big news for the Canadian agri-food system had been largely positive. But as seeding wrapped up, a shadow appeared on the horizon. Statistics Canada hinted at it with the release of two important reports: Food Availability in 2017 and 2018’s first-quarter farm cash receipts.

Red meat availability was up in 2017, a modest but encouraging increase after years of declining consumption. However, overall farm cash receipts were 5.3% lower in the first three months of 2018 compared to the same period in 2017. A 6.1% drop in crop receipts accounted for most of the decline, but hog receipts were also falling, warning of difficult times ahead.

Impact on Canadian agriculture: Unclear. Mixed signals of lower income and stronger demand made it difficult for producers to anticipate trends for the rest of the year.

In June 2018, a tsunami hit Canada’s agricultural commodity markets. Its first rumbles were heard in late March with tariffs announced by the Trump administration and it gathered speed in early April when China announced it was taxing U.S. exports, including pork and soybeans. By summer, soybean prices had fallen from US$10.19 to US$8.63, a 15% decline. The price would bottom out in September at US$8.14, also pressured by a U.S. crop most anticipated would be large.

Although hog prices didn’t start falling until July, the 41% drop between the July 3 peak and August 14 bottom was steep.

The Bank of Canada’s annual inflation figure was both unexpected and significant. It was, in fact, the largest increase in nearly seven years. It also set the stage for a third interest rate hike in 2018, delivered on October 24. With five rate hikes since the midpoint of 2017 there’s lots of optimism about economic growth, but it comes with a caveat. Rising inflation has far-reaching impacts, so we’ll have to wait to see how things pan out. In the meantime, exercise caution, given Canadian levels of farm investment and debt.

Impact on Canadian agriculture: OK for now, but I reserve judgement.

Trade feuds weren’t the only major disruptions to global markets in 2018. Much of Europe encountered such dry conditions and high temperatures during the spring and summer that wheat and coarse grain production are estimated to have declined significantly. Cold and wet weather reduced Russia’s output of wheat and coarse grains by 18% and 15% respectively, after a record production year in 2017.

Impact on Canadian agriculture: Positive. Production losses in both Russia and Europe are Canada’s potential gain in global grain markets.

The U.S. and Canadian governments agreed to NAFTA 2.0 on September 30 after more than a year of arduous negotiations. The U.S.-Mexico-Canada Agreement preserves existing dispute settlement procedures and market access conditions for Canadian ag and food exports while opening market access to dairy and poultry products.

Canada also got its fair share of nasty weather in 2018. After hot, dry conditions in July and August likely affected yields, rain and snow hindered harvest and the quality of cereal crops in Western Canada.

While Eastern yields aren’t expected to be a problem, Ontario corn producers faced high contamination levels of DON vomitoxin. All told, these challenges will likely hit grain and oilseed profitability across the country.

Impact on Canadian agriculture: Not good. Farm income for 2018 and 2019 might be impacted.

The WTI benchmark reached a 12-month low of US$50 by the end of the month, having fallen from its October peak of over US$76. Logistical challenges of shipping Canadian oil to market resulted in a steep price discount for Canadian oil relative to the U.S. benchmark. That’s been tough on Canada’s energy sectors but brought some relief to producers and agri-businesses who benefit from a lower loonie and low energy prices.

December: CPTPP is in motion

The implementation of the Comprehensive and Progressive Trans-Pacific Partnership is set for December 30. Seven countries (Australia, Canada, Japan, Mexico, New Zealand, Singapore and Vietnam) have now formally ratified the trade deal. It will lower barriers to Canadian beef, pork, canola, wheat and food in high-value import markets like Japan and fast-growing markets like Malaysia and Vietnam.

The ups and downs of 2018 were, on balance, more up than down for Canadian agriculture.

Growth in farm income and some sectoral profitability were challenged by several different forces throughout the year, but there was much to feel good about in 2018. For one, the balance sheet of agriculture looks healthy. Add to that the launch of the Supercluster in February, the economic boom in the U.S. supporting a growing demand for Canadian ag and food products, and enhanced export opportunities created by wild weather and a changing trade landscape. They’re all ingredients for success. That’s not to say that the rollicking ride of 2018 will end in 2019. I suspect it won’t. Resiliency will be our friend in 2019.

Check back with us in early January when we unveil our picks for the Top Five Economic Trends that will drive the success of Canadian agriculture in the new year. 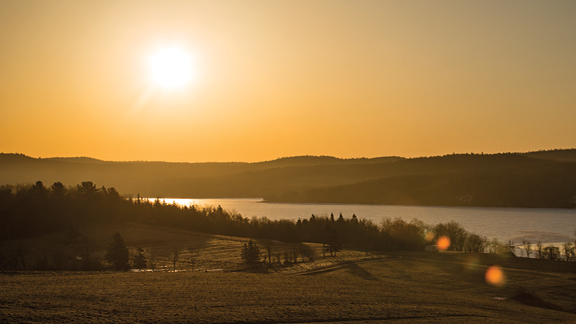