Zack and Karen Hargrove believe their company, South Ridge Maple Co. Ltd., Zak together with Canadian Organic Maple Co. Ltd. is one of the single, largest organic maple producers in the world.

The Hargroves live in Florenceville-Bristol, home to the world headquarters of McCain Foods near the Maine-New Brunswick border. The rural area is in the heart of potato country with thick, undeveloped forests also coursing through the landscape. Forest covers more than 15 million of the province’s 18 million acres. Around half of that is Crown land.

The couple’s original business plan was to take over Canadian Organic Maple from Zak’s parents, Gus and Sandra. That maple syrup business started in 1999 and grew at a respectable pace. They worked out a purchase agreement and started turning the wheels of succession. Then, just a few weeks later, post-tropical storm Arthur blew into the Maritimes.

After some serious family discussions, the purchase of Canadian Organic was put on hold and the two generations decided to rebuild, knowing it would take all four of them, all of their workers and most of their resources to get it done – from clearing toppled trees to repairing lines and taking care of payroll to managing inventory and dealing with customers.

Opportunity grew from the experience, though, and Zak and Karen’s commitment to the industry solidified. In 2015, they successfully bid to take over a plot of Crown land for maple production and South Ridge Maple was born. The couple took the lessons learned at Canadian Organic Maple and put them to work immediately in their operation.

“We decided to combine what worked and create a high-yield maple syrup business,” Zak says.

They also put in their research in other sectors, learning as much as they could about facilities that dealt with liquids.

“Not only food grade, but natural gas pipelines, irrigation systems… we looked at how the lines are cleaned, air pressure and tanks sizes,” Zak explains. “The biggest tank we could get for sap was 25,000 gallons, so we looked for bigger tanks.”

That led to dairies where the couple learned about cleaning processes, which they implemented in their operation, as well as vacuum systems, which they use for increased sap extraction during production season. “We were gleaning and scrutinizing,” Zak says.

Just as most agricultural crops are planted in neatly organized rows, Zak and Karen applied that same system in the forest. When they ran collection tubes among the trees at Canadian Organic and South Ridge Maple, they put the tubing in rows, making the trees easy to reach. And, like a natural gas pipeline, main maple collection lines are buried, with several advantages.

With fewer lines in the woods, there’s decreased opportunity for damage during a storm. And since a buildup of bacteria brings the maple production season to an end for most producers, the buried lines at South Ridge Maple are naturally cooled, greatly lessening bacteria growth and extending production.

And the innovations kept coming. All 3,000 kilometres of the Hargroves’ lines in the woods are GPS mapped, itemized and categorized. As well, computerized monitoring boxes designed by Zak’s brother Levi, a biomedical engineer, provide real-time knowledge to a manager back at the processing centre who keeps an eye on vacuum pressure, temperatures and maple collection tank levels. If there’s an issue, they send a field worker to do repairs.

Zak says the drive to optimize technological improvements is also key to growth in a highly unpredictable industry.

Looking ahead, the Hargroves plan to continue to increase production, finalize their purchase of Canadian Organic Maple, tap more trees and develop business relationships with neighbours to purchase sap. Zak says the drive to optimize technological improvements is also key to growth in a highly unpredictable industry.

“There are a couple of absolutes,” Zak explains. “You absolutely need Mother Nature for the temperatures. You absolutely need the spigot in the right place. Everything else is the details, from the grade of the lines to the bacteria control, and just holding on. And turn every drop of the sap that comes out of that tree into maple syrup.” 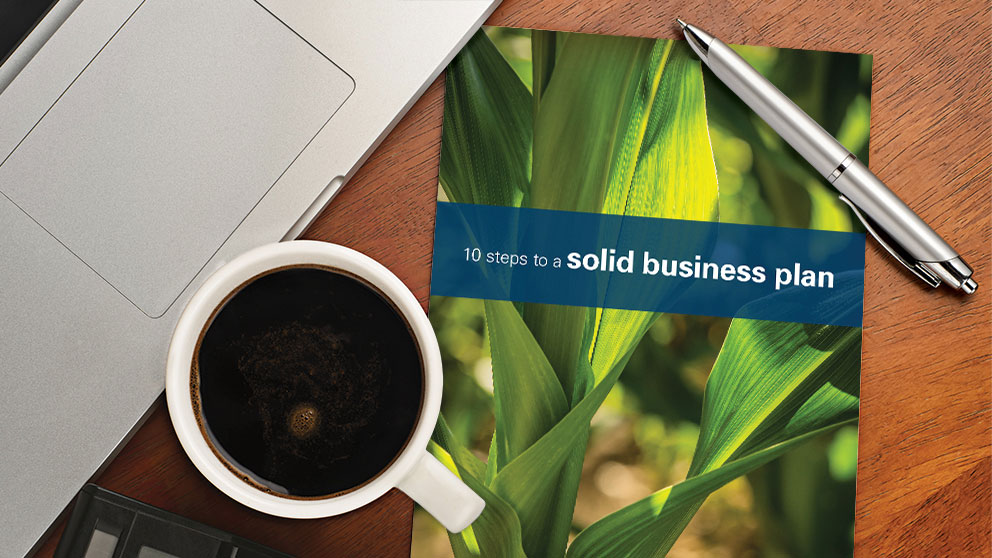 10 steps to a solid business plan

A business plan is a key tool to set you up for success. Here’s what to include and resources to get started.