Farmland values influenced by many factors 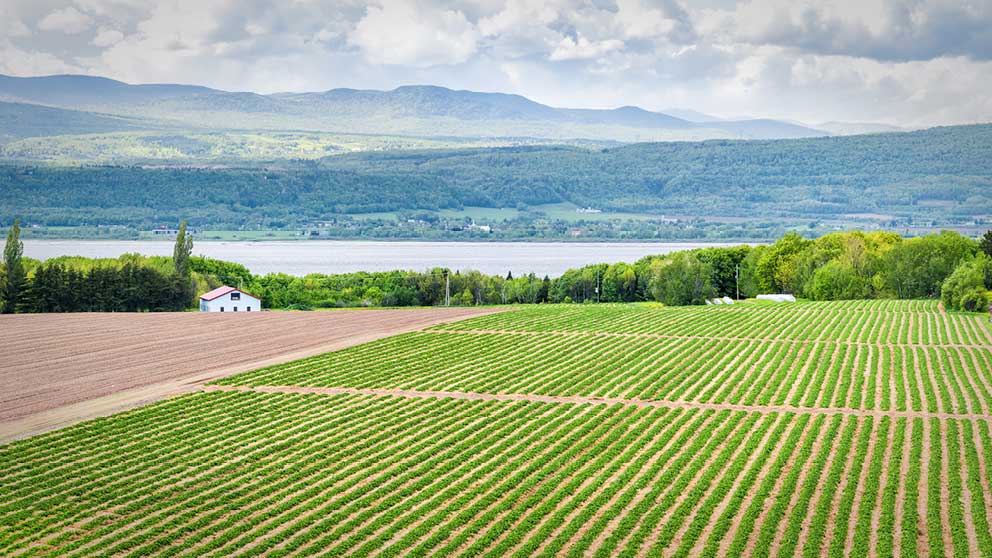 For most farms, farmland is the biggest asset, and in recent decades, land values have appreciated steadily, making it a great investment. In many cases, the increase has contributed more wealth to the farm than the income derived from the production.

Beginning farmers wonder how they’ll ever be able to afford to buy land. Retiring farmers wrestle with how to transition the farm to the next generation when so much value is in the land base. Everyone wishes they could know what farmland values will do in the future.

Since 2015, national increases have been more modest with 2019 pegged at 5.2%. However, the FCC Farmland Values Report recorded a great deal of variability across the country. While Alberta had a 3.3% increase in 2019, Prince Edward Island’s farmland prices increased by 22.6%.

The variation in prices within a specific region can be huge. For instance, in B.C.’s Okanagan region, 2019 farmland prices ranged from a low of $9,500 to a high of $163,800 an acre. The value range represents 90% of the sales in each region and excludes the top and bottom 5%.

Price variation within a region comes from different use options and suitability, parcel size, quality and location. The FCC report highlights the factors affecting prices in each region.

Land values follow the laws of supply and demand. A shortage of available land in a region (low supply) and many farmers interested in buying land (high demand) are factors contributing to higher prices.

Since farmland prices in almost all regions of the country have steadily increased for many years, there is sometimes an assumption that land prices will never decline. However, land prices fell in many regions from the early 1980s to the early 1990s due to low farm gate returns and record-high interest rates.

With low interest rates, mortgage payments are more affordable, allowing buyers to pay a higher land price as long as they have the down payment and can demonstrate repayment ability.

Non-farmer investors influence land prices, particularly in scenarios where they anticipate a strong return on investment. However, in most land markets, the main factor is competition from farmers looking to expand their operations.

When investors own a significant amount of land in a region, they can impact the land rental market. Local producers usually end up farming the land even though they don’t own it.

Consider land that’s selling for $3,000 an acre and is cash renting for $100 an acre. The rent provides an annual return of 3.3% before the payment of property taxes.

For an investor, the annual return is more attractive on the lower-priced land in this example. Of course, an investor would also consider which property has the most significant opportunity to increase in value.

The bottom line is that land prices, cash rents and farm revenue will tend to move together over time. But there are periods when one of these variables may not match the pattern of the other two. Market adjustments can take time, and past relationships in these variables can evolve based on the outlook of the farm economy.

The productive value of land

You’ll sometimes hear someone proclaim, “That land is so expensive that it will never pay for itself.” The net farm revenue you can derive from a parcel of land may not make the mortgage payment on its own. Revenue from other land or off-farm revenue can be required to afford that new parcel of land.

Does that make buying land a bad deal? There are two revenue considerations with land – the revenue from what you produce on the land and the wealth generation if the value of land continues to appreciate.

As a farmer, you can be cash poor while being asset rich. Revenue and cash flow can be a struggle while your net worth continues to increase courtesy of the land you own.

When is farmland overpriced?

To determine if land is becoming more expensive in relation to the income it generates, a price-to-revenue ratio is often used. Analysts take the average farmland price per acre in a region and divide that by the average expected receipts per acre.

To calculate the expected receipts, a standard crop rotation is assumed, and the average crop prices and average expected yields are used.

There’s no “ideal” value for the ratio as the mix of crops, the region and the outlook for crop revenues all influence. According to FCC analysis, the price-to-revenue ratio has been rising since 2014 and is now above its historical average. That means affordability has been declining relative to farm income, and that land is expensive from a historical standpoint. But this is not necessarily indicative of future land price declines. The higher ratio can be sustainable if buyers and sellers believe in stronger future growth in farm revenues, continued low interest rates, etc.

If you’re a field crop producer, you need access to fields, and you can either rent the land or own it. Most producers have a combination of both.

Farmland has always appeared too expensive, but waiting for prices to drop has been an unsuccessful strategy for many decades.

Farmland often carries an emotional attachment, particularly if it’s land that has been in the family for many years. While passion is commendable, it’s unwise to let emotion govern farmland purchase decisions. Be clear on your short and long-term goals and objectives and crunch the numbers for a detailed financial analysis.