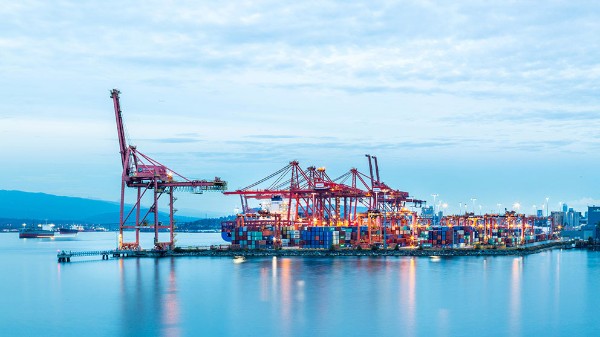 Despite a global contraction in agriculture exports, 2020 was a relatively good year for Canadian agriculture and food exporters, according to Farm Credit Canada’s (FCC) latest trade report.

"Canada’s agriculture and food industry has shown resilience during these challenging times and has the potential to emerge from this pandemic even stronger, as our producers, agriculture manufacturers and food processors begin to recover from the disruption caused by the pandemic,” said J.P. Gervais, FCC chief economist, in releasing this year’s trade report.

“That’s not to say there aren’t challenges on the road ahead,” he said. “The value of the Canadian dollar is always a big factor in determining our trade competitiveness and access to markets can sometimes be rocked by geopolitical tensions or supply chain disruptions, such as we’ve seen with the pandemic.”

Canada has not yet cracked the top 10 exporters of processed food products, but gained ground since 2011, moving from sixteenth to the eleventh largest food exporter. The United States has maintained its leading role since 2012, followed by Germany, Netherlands, France, Brazil, Italy, China, Belgium, Spain and Indonesia.

Compared to the significant global contraction in commodity exports, total food exports weren’t as badly hit by pandemic disruptions, declining only by 3.7 per cent. Nonetheless, growth in total food exports over the past 10 years has been much slower, with average annual growth of less than one per cent.

Canada was able to grow its year-over-year share in global pork markets in 2020, thanks in part to a favourable exchange rate environment relative to our major competitors.

For agriculture commodities, Canada’s exporting success in 2020 came from oilseeds at 32.2 per cent of total Canadian ag exports, while cereals comprised 28 per cent. Of all cereals, wheat was Canada’s largest export, accounting for 80.9 per cent of total cereal exports last year. Canada has counted among the top three wheat exporters in the world over the last 10 years.

This year’s FCC trade report focuses on the extent to which a simple comparison of the loonie relative to the U.S. dollar is an accurate assessment of our global trade competitiveness.

The Canadian dollar gained 1.4 per cent against the U.S. dollar since the start of 2021, which is the best performance among G10 currencies, helped by higher commodity prices.

“Currency values are an important determinant of Canada’s overall trade performance,” Gervais said. “But we can’t look at the value of the Canadian dollar in isolation since buyers look at the basket of exporters’ currencies in making import decisions. For example, beef and wheat Canadian exporters have seen a gain in the value of the loonie relative to other main exporting countries’ currency in the last two years, making Canadian exports less competitive, everything else being equal.”

Due to higher energy prices, the report projects the value of the Canadian dollar to stay slightly above its current value of US$0.80 for the remainder of 2021 and early 2022. Rising energy prices in Europe could also lead to a decline in the value of the Euro relative to the loonie in the next few months.

Gervais notes there are many factors at play that will determine Canada’s future export success, such as market access, economic health of key importers, weather disruptions or other challenges in global logistics or transportation.

“Beyond currency values, world population growth, higher purchasing power in emerging markets and new trade agreements are also key factors in potentially creating more opportunities for Canada to increase exports,” he said. “By tapping into our competitive advantages in natural resources, innovation and a stellar food safety reputation, Canada has an opportunity to fortify and strengthen its position as a major agriculture and food exporter.”

By sharing economic knowledge and forecasts, FCC provides solid insights and expertise to help those in the business of agriculture and food achieve their goals. For more information and insights on trade and its impact on Canadian agriculture, visit the fcc.ca/Economics.

For a closer look at Canada’s food and beverage industry, check out FCC’s mid-year update.