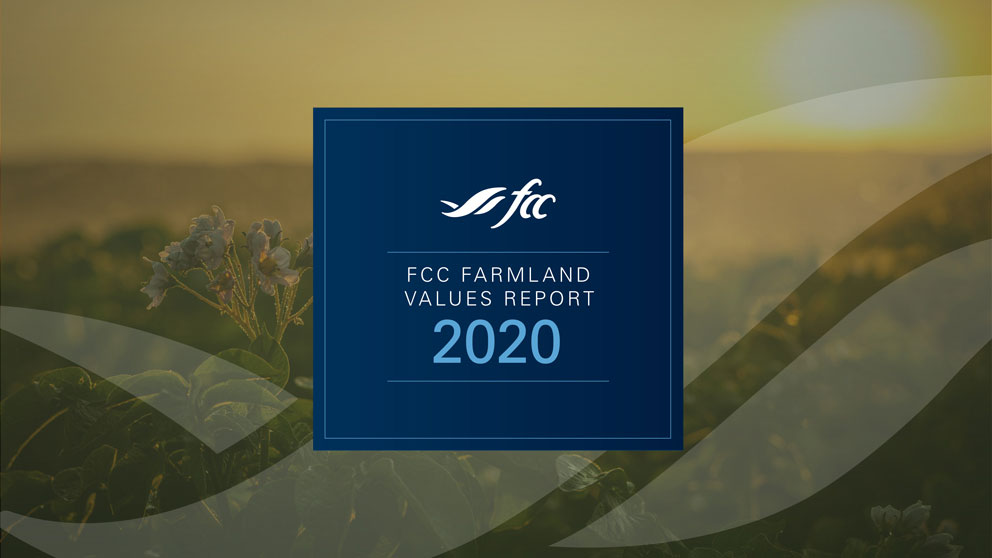 Canada’s farmland market remained strong and stable during a year marked by economic turbulence caused by the COVID-19 pandemic, according to the latest Farm Credit Canada (FCC) Farmland Values Report.

The average value of Canadian farmland increased by 5.4 per cent in 2020, slightly more than the 5.2 per cent increase reported in 2019.

“Since land is the most valuable asset on any farm operation, the agriculture land market is a good barometer for measuring the strength of Canadian agriculture,” said J.P. Gervais, FCC’s chief economist. “Despite having gone through a uniquely volatile year, farm income generally improved and the overall demand for farmland remained strong throughout 2020.”

Despite important supply chain disruptions caused by the pandemic, commodity prices climbed in the last half of 2020 for many crops and interest rates kept close to historic lows. Domestic demand for food remained strong and global supply chains continued to have an appetite for Canadian food and commodity exports, Gervais noted.

“Producer investments in farmland are a reflection of their confidence and optimism,” he said. “Agriculture presents opportunities as producers seek to expand, diversify or transfer their operations to the next generation.”

The highest average provincial increase for farmland in 2020 was in British Columbia and Quebec, with averages of eight and 7.3 per cent, respectively. Alberta followed with a six-per-cent increase and Saskatchewan mirrored the national average increase of 5.4 per cent.

Ontario and Manitoba both reported increases that were lower than the national average at 4.7 and 3.6 per cent, respectively.

Atlantic provinces saw the smallest average farmland value increases in 2020. Prince Edward Island reported an increase of 2.3 per cent, Nova Scotia’s increase was 1.6 per cent and New Brunswick had a 1.3-per-cent increase. This follows more significant increases in 2019.

Weather played a significant factor in New Brunswick and Nova Scotia, as well as other parts of the Atlantic provinces in 2020. The region experienced the worst drought in decades during the critical growing season, which significantly diminished the value of cash crops, as well as created hay and forage shortages.

There was an insufficient number of publicly reported sales in Newfoundland and Labrador to fully assess farmland values in that province.

Gervais said producers should have and maintain a risk management plan that takes into account possible economic changes, ensuring their budgets have room to flex if commodity prices, yields or interest rates shift. They also need to exercise caution, especially in regions where the growth rate of farmland values exceeded that of farm income in recent years.

“The pandemic has underscored the value of having a comprehensive risk management plan that covers all risks areas: production, marketing, financial, legal and human resources,” he said. “Farm operators need to have the financial ability to protect their operations from the potential impact of risks that may not be on their radar. Fluctuations in commodity prices and interest rates and/or unforeseen variations in production can diminish the ability to safeguard and build equity in the operation and successfully meet cash flow requirements.”