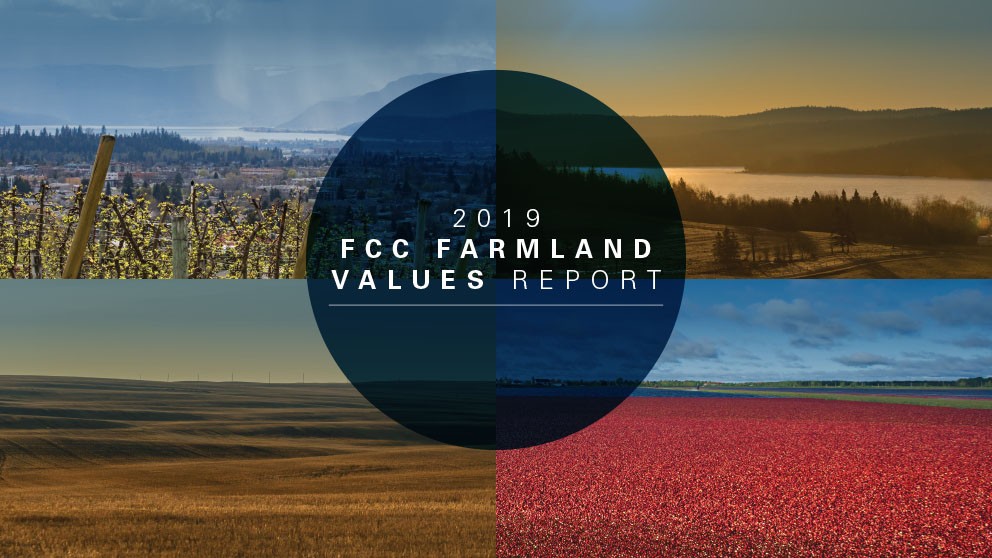 The average value of Canadian farmland increased by 5.2 per cent in 2019, the smallest increase over the past decade, according to the latest FCC Farmland Values Report.

The 2019 increase follows gains of 8.4 and 6.6 per cent in 2017 and 2018, respectively, and becomes part of a five-year trend of softening growth in average farmland values.

“The days of sharp increases in farmland values continue to be replaced by more modest growth,” said J.P. Gervais, FCC’s chief agricultural economist. “Changes in commodity prices, uncertainty around global trade and some challenging weather conditions may be tapping the brakes on an otherwise healthy and robust Canadian agriculture industry.”

For the fourth consecutive year, there was an insufficient number of publicly reported transactions in Newfoundland and Labrador to fully assess farmland values.

“Given the uncertainty, I expect farmers, ranchers and food processors to continue being careful with their investments,” said Gervais, encouraging producers to have and maintain a risk management plan that considers a broad range of possible economic changes, such as variable production, volatile commodity prices or disruptions to global trade.

This year’s Farmland Values Report reflects factors that influenced average land values and prices in 2019, prior to the COVID-19 pandemic. Any impact from the pandemic will be captured in future reports.

By sharing agriculture economic knowledge and forecasts, FCC provides solid insights and expertise to help those in the business of agriculture achieve their goals. For more information and insights, visit www.fcc.ca/AgEconomics.

FCC is Canada’s leading agriculture and food lender, with a healthy loan portfolio of more than $38 billion. Our employees are dedicated to the future of Canadian agriculture and food. We provide flexible, competitively priced financing, management software, information and knowledge specifically designed for the agriculture and food industry. As a self-sustaining Crown corporation, we provide an appropriate return to our shareholder, and reinvest our profits back into the industry and communities we serve. Visit fcc.ca or follow us on Facebook, Instagram, LinkedIn, and on Twitter.