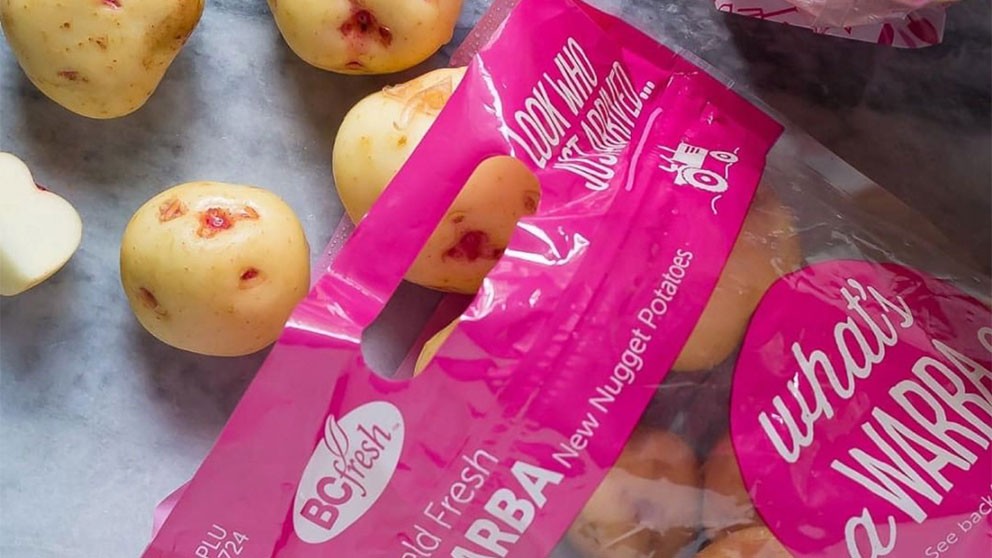 Canadian consumers are only one step removed from the people who produce most of the food that lands on their dinner tables, according to Farm Credit Canada’s (FCC) director of Industry and Stakeholder Relations.

"Many consumers would be surprised to learn that the safest and highest-quality food is grown only a few kilometres from the city where they live, or processed and distributed in a plant that employs their friends and neighbours," said Marty Seymour, who also oversees Canada’s Agriculture Day on behalf of FCC.

"There’s actually only one degree of separation between consumers and the people who produce their food,” he said. “But in our fast-paced urban environments, we sometimes lose sight of that fact."

To mark Canada’s Agriculture Day on Feb. 11, FCC is releasing a video as part of a campaign aimed at ensuring consumers understand and appreciate that food grown by Canadian producers comes from one of the safest, most diverse and most affordable food systems in the world.

A recent survey by the Canadian Centre for Food Integrity showed three in five Canadians have an interest in learning more about agriculture and modern farm practices.

"There’s a strong and growing appetite among consumers to learn more about the food they buy and they want information straight from the individuals who grow it,” said Seymour, adding farmers are viewed the most favourably – ahead of health professionals, scientific researchers and government officials – in providing information about food and food production. “If you can’t talk directly to a farmer, the next time you’re in a grocery store look at the labels to find out where the main ingredients come from and where it was processed.”

By choosing to buy Canadian-produced food and food products, consumers are supporting the local and Canadian economies.

In 2018, Canada’s food and beverage manufacturing sector – which includes activities, such as meat and dairy processing, grain and oilseed milling, and fruit and vegetable preserving – produced goods valued at over $117 billion, accounting for almost two per cent of the national gross domestic product (GDP) and roughly 250,000 jobs nation-wide, many in rural and agricultural areas.

The sector has been growing at an average of three per cent over the past five years, a full one per cent stronger than Canada’s overall manufacturing sector (average 1.9 per cent) over the same period.

To keep the agriculture and food sector growing, Canadian producers and processors need to stay on top of the latest consumer food trends, at home and abroad, in order to meet consumer demand and develop new markets for their products, according to Michael Burrows, CEO of Maple Lodge Farms.

The Brampton-based company is the largest chicken processor in Canada. Its products include fresh and frozen chicken cuts, as well as chicken wieners and deli meats, which are sold domestically and in more than 30 countries worldwide.

“As a family owned and operated business that began on a farm, we share many of the same values as our customers,” Burrows said. “We are not only dedicated to producing the best quality chicken products at the best possible price, but we believe honesty and transparency need to be the foundation of our relationship with consumers to earn and retain their trust knowing they are buying safe and healthy food for their families.”

Those sentiments are echoed by Brian Faulkner, VP Business Development for BCfresh, a Delta-based company that markets and distributes vegetables grown on more than 50 family farms in B.C.’s lower mainland, some of which have been family owned and operated for five generations.

“Whether you are growing, processing or distributing food, you need to keep your finger on the pulse of the consumer,” Faulkner said. “The more informed they are about how food is grown and processed, the better. At the same time, consumers provide us with valuable insights on how food preferences are changing, so our growers can better meet their needs. It’s very much a close, two-way relationship.”

The fourth anniversary of Canada’s Agriculture Day will focus on strengthening that relationship between consumers and producers who share a common appreciation and sense of pride that comes from buying food grown or processed on Canadian soil, Seymour said.

“Conversations on Canada’s Agriculture Day and throughout the year are important for building trust between consumers and the people who grow and process the food we eat,” Seymour said. “The stronger that connection becomes, the more likely consumers will choose Canadian products offered on the grocery store shelf.”

“While there’s a strong economic argument for supporting Canadian agriculture, we should also be driven by a strong sense of pride,” he said. “Let’s show our pride and appreciation for Canadian growers and the work they do by buying Canadian food and food products whenever possible.”

If you’re unable to participate in one of the many events and activities planned for Canada’s Agriculture Day across the country, you can join the fun by making a meal with your family using all Canadian ingredients, snapping a photo of you raising your fork to Canadian agriculture then sharing it on social media using #CdnAgDay.

FCC is Canada’s leading agriculture lender, with a healthy loan portfolio of more than $36 billion. Our employees are dedicated to the future of Canadian agriculture and its role in feeding an ever-growing world. We provide flexible, competitively priced financing, management software, information and knowledge specifically designed for the agriculture and agri-food industry. As a self-sustaining Crown corporation, our profits are reinvested back into the agriculture and food industry we serve and the communities where our customers and employees live and work while providing an appropriate return to our shareholder. Visit fcc.ca or follow us on Facebook, Instagram, LinkedIn, and on Twitter.